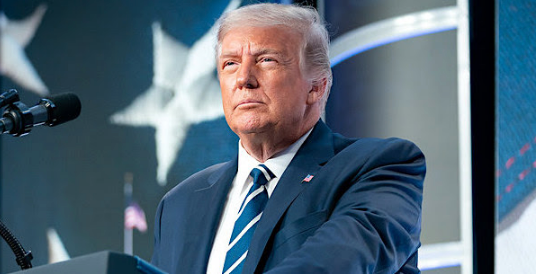 McCarthy said on Friday that the five had not moved on their stance, despite ongoing conversations. Even so, he added that he believes the group will stand down “in the end.”

However, Trump told Breitbart he has warned the congressmen about the potential consequences of their opposition.

“Now, I’m friendly with a lot of those people who are against Kevin. I think almost every one of them are very much inclined toward Trump, and me toward them,” he said. “But I have to tell them, and I have told them, you’re playing a very dangerous game.”

The former president pointed to former House Speaker John Boehner’s (R-Ohio) resignation in 2015 in the face of opposition from within the Republican Party, which resulted in former Rep. Paul Ryan (R-Wis.) taking over as Speaker. Democrats slam FIFA over ban on LGBTQ armbands at World Cup DC bill would allow judges to grant joint custody of pets, consider their welfare in divorce cases

Trump and Ryan frequently clashed while the two overlapped as president and Speaker, and Ryan has become a staunch opponent of the former president since leaving Congress.

Ryan said in an interview last month that he believes Trump would lose if he becomes the Republican nominee in 2024 and labeled himself a “never-again-Trumper.”