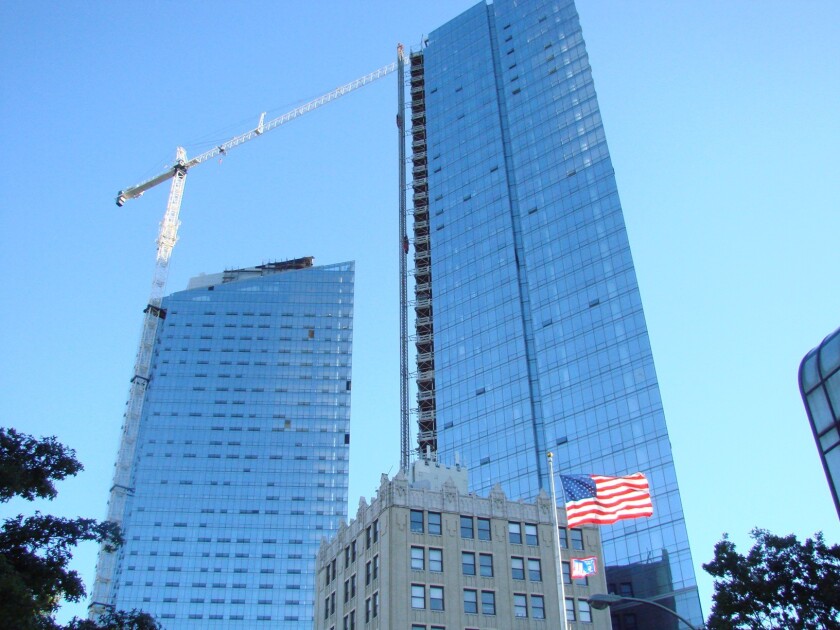 White Plains, New York, and the bond insurer for debt the Westchester County Industrial Development Agency issued to build a downtown parking garage are at odds over who is on the hook for a looming $1.7 million bond payment for the facility.

ACA Financial Guaranty of nearby Rye insured the bonds. The next payment is due in October.

In a letter to Mayor Thomas Roach, ACA president Steven Berkowitz warned that the 58,000-population city’s financial reputation would plummet if it did not pay the debt service.

The capital markets “will penalize the city if it is seen as not taking seriously the looming payment default on the City Center bonds,” he said.

“The least onerous effect would be higher interest rates on future bond offerings,” Berkowitz said. He warned of rating downgrades, “to say nothing of a lack of buyers for the city’s bonds and notes.”

“The City Center garage is not owned by the City of White Plains and we are not obligated on the bonds in any way,” said Karen Pasquale, a senior advisor to Roach.

“Initially, ACA proposed raising the rates in the garage to $1.75 per hour, a 75% increase, which is unacceptable.

“They are now proposing that the city assume the obligation on debts associated with the garage, essentially asking our taxpayers to bail them out. The city cannot allow its taxpayers to take on a burden that does not belong to them.”

The city at the time was undergoing a construction boom with $650 million of new development.

S&P Global Ratings at the time rated the bonds A based on the bond insurance, according to the official statement.

Separately, the city issued a $23 million bond to backstop construction.

“The City of White Plains has met all of its obligations to support the bonds that are insured by ACA, in addition to issuing $23 million in city bonds towards the construction costs of the garage, of which almost all has been paid off,” Pasquale said.

In a June 2 valuation posted on EMMA, Wilmington Trust estimated a debt service reserve fund deficiency of about $2.4 million, based on a $197.5 million balance and an average annual debt service of $2.6 million.

Overall, parking revenue has plummeted nationally during the COVID-19 pandemic due to stay-at-home mandates and business shutdowns.

“With up to 90% losses in parking volume, much like airlines and airports — the parking industry is devastated by a collapse in demand and job losses and furloughs for 50% of the industry’s workforce,” said the website Spothero.com.

In New York City, a deal to restructure $240 million of municipal bonds sold for underused parking garages at Yankee Stadium faces delays because of a reported dispute over parking spaces among the New York Yankees, majority debtholder Nuveen and the New York City Economic Development Corp.

Puerto Rico’s December revenues 28% ahead of projections
Abortion Pills Will Be the Next Battle in the 2024 Election
Nordstrom shares surge as investor Ryan Cohen takes stake: report
A job-destroying economic vortex has just been unleashed: Large-scale layoffs will accelerate through 2023, impoverishing millions
4.5-Acre Oceanfront Maui Property Hits The Market For $5.5 Million