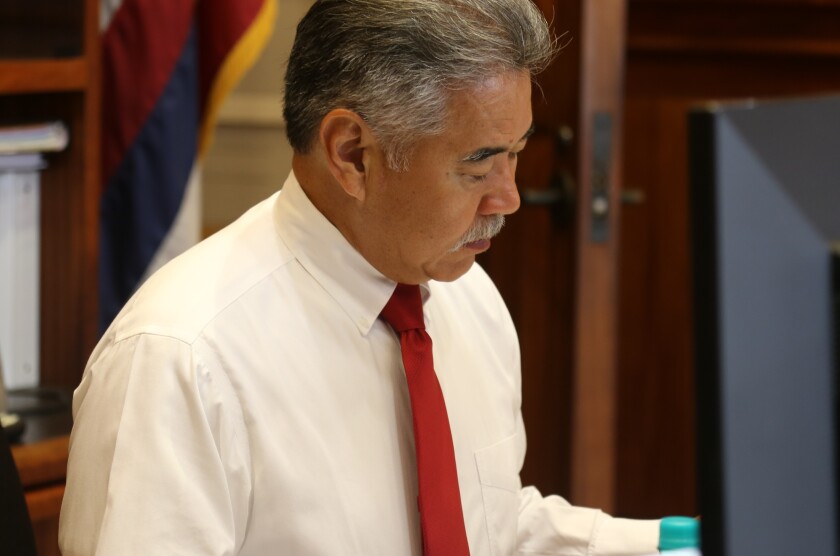 Hawaii lawmakers made changes to bills that would have used COVID-19 federal relief funds to make debt payments and replenish reserves before ending a special session Thursday, which was called to act on the governor’s vetoes.

Gov. David Ige announced plans June 21 to veto 28 bills and ultimately vetoed 26 of them by Tuesday’s deadline — both records for his terms in office. The revised revenue forecast, a rosier economic picture and Treasury guidance on federal relief funds were responsible, he said, for the large number of vetoes.

“There are more bills than usual on the list this year, for two pandemic-related reasons, and the Legislature had no control over the timing of either,” Ige said during a Tuesday press conference.

The Legislature adjourned at the end of April after approving a $31.2 billion biennium budget, but each chamber agreed last week to meet in special session to consider Ige’s vetoes. Treasury didn’t come up with its guidance on the use of ARPA funds until May — well after lawmakers had approved the budget.

The discourse is a dispute among Democrats, who hold 71 of 76 seats in the state Legislature and the governor’s office.

Lawmakers in both chambers voted unanimously to amend three bills and kill a fourth that spoke to Ige’s initial concerns that Hawaii’s budget would use American Rescue Plan Act funds in a manner that violated U.S. Treasury guidance.

House Bill 54 was amended to use money from the general fund, rather than ARPA funds to make debt service payments of $238.9 million in fiscal 2021-2022 and $257.4 million in fiscal 2022-23. It also allocated $250 million to replenish reserves and $390 million to make retiree healthcare benefit payments in fiscal year 2021-22 from the general fund, rather than using federal relief funds.

HB 54 was among the bills that Ige vetoed, saying it used ARPA funds in conflict with Treasury guidance. He signed the improved bill Thursday shortly after it was amended.

The House and Senate voted Thursday to override Ige’s veto of House Bill 53, a bill that authorizes debt financing for the state’s capital projects by asserting planned issuance won’t exceed the state’s debt limits. The changes to HB 54, a companion bill, answered Ige’s concerns about improper use of ARPA funds making his veto a moot issue.

Among the vetoes the chambers did not seek to override was House Bill 58 that would have increased property taxes on commercial properties valued over $4 million.

Hawaii’s fiscal situation has improved dramatically from when the budget was first presented to the Legislature in December and the tax increase is no longer needed, Ige wrote in his veto message.

In addition to the state’s economic position being brighter than it was at the start of this year’s legislative session, Ige said, the federal COVID-19 relief funds have significantly helped the state address pandemic relief efforts. The state is receiving almost $600 million for education and $1.64 billion of general purpose funding to cover COVID-19 related expenses.

The return of visitors to Hawaii also led the Council on Revenues to increase its general fund revenue projections by $6.1 billion over its seven-year forecast.

Ige has until July 22 to sign two additional bills the governor vetoed that were amended by the Legislature.

One of those is House Bill 1299, which would have abolished the Milk Control Special Fund, set up to safeguard the dairy industry from price fluctuations, and returned the money to the general fund. The amendment eliminates 10% of funding for the program.

Ige also needs to consider amendments to Senate Bill 589, which makes structural changes to the University of Hawaii Cancer Center. The amendment responds to the governor’s concerns that the bill could jeopardize existing contracts.