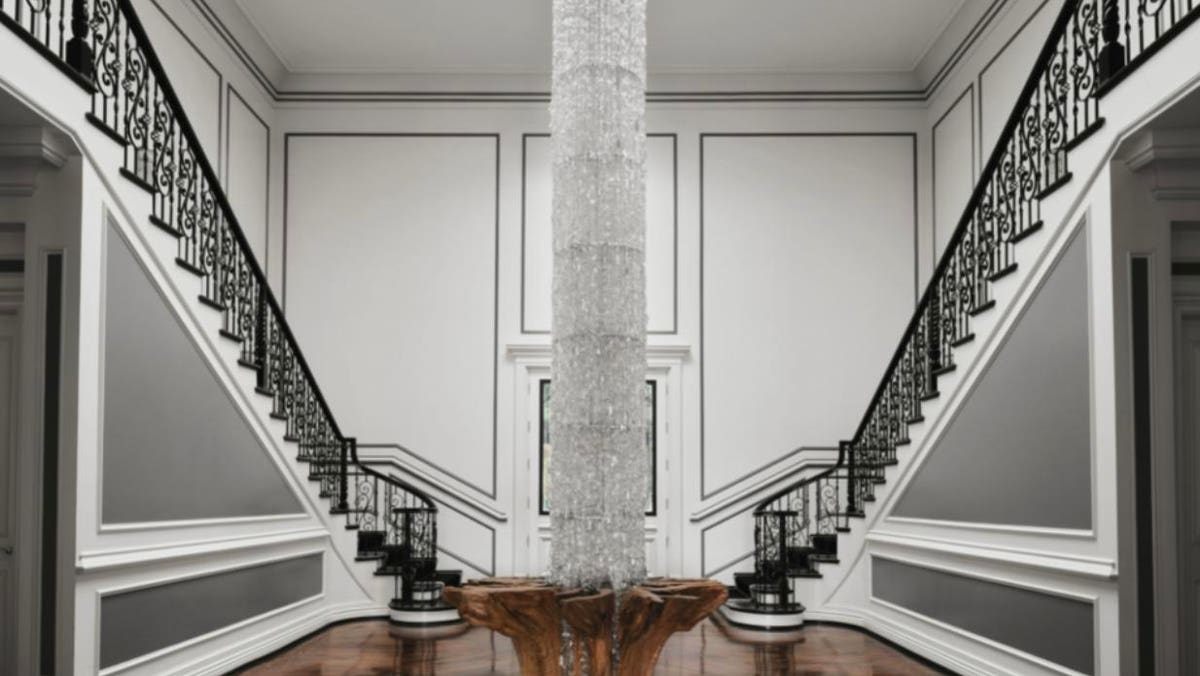 One of the largest homes ever built under the auspices of esteemed architect Paul Williams has come to market after having only three owners in its 80-year history. Williams, the first African American to become a member of the American Institute of Architects as well as the first African American to be elected to their highest honor of AIA Fellow, was known for designing many celebrity homes around Los Angeles in the 1930s and 40s. Lucille Ball and Frank Sinatra were a few of his celebrity clients, as was radio star Charles Correl who was the original owner of this three-acre estate in Holmby Hills.

Holmby Hills has long been a celebrity enclave. Kylie Jenner recent bought a $36 million mansion in the neighborhood. Her house is not too far from The Manor, the sprawling estate originally owned by television producer Aaron Spelling. The property briefly held the record for highest-priced sale in California when Petra Ecclestone sold it for $119.7 million.

Correl commissioned Williams to design what was then a 12,000 square foot house in 1938, which would later gain a 10,000 square foot addition by its next owner Sidney Sheldon, a novelist and the writer/producer behind television shows such as “The Patty Duke Show” and “I Dream of Jeannie”. Sheldon sold the property to the now-deceased Max Azria, founder of fashion house BCBG Max Azria Group. Azria’s wife, Lubov, has listed the property for $85 million which is currently the highest priced listing in the enclave.

Now dubbed the Azria Estate, the 30,000 square feet of living spaces encompasses a total of 60 rooms, with 17 bedrooms and at least two dozen bathrooms. Phillipe Starck-designed interiors bring the home up to modern day standards while still staying true to the original DNA of the Williams’ footprint. The home opens to a floor-to-ceiling Swarovski chandelier in the expansive foyer, when then leads to a layout capturing the views of the three-acre estate (pictured below).

A main kitchen with contemporary lighting fixtures has flexible spaces for both large-scale entertaining and smaller gatherings.

One of the properties many bedrooms, this one showcases a layout to maximize the views.

The home also comes with a glass-wall tennis court with stadium-style seating, staff quarters, five private gardens, several waterfalls, a greenhouse and teahouse. A 6,000 square-foot structure designed for recreational pursuits comes with a gold leaf ceiling on the ceiling of the games room. A nearby screening room originally designed by Sheldon seats a few dozen guests.

Not to be outdone by the game room, one of the dining rooms has a silver leaf ceiling.

A sunroom has multiple French-style doors opening to the three acres of property.

A casual seating area can be used as an office, schoolroom, entertaining room or family room.

The pool house has a Turkish-style hammam with floor-to-ceiling marble.

Here, the overhead view shows the layout of the three acres and all the ancillary buildings on the property.

The home is listed with Tomer Fridman of The Fridman Group and Mick Partridge of The Partridge Estates.