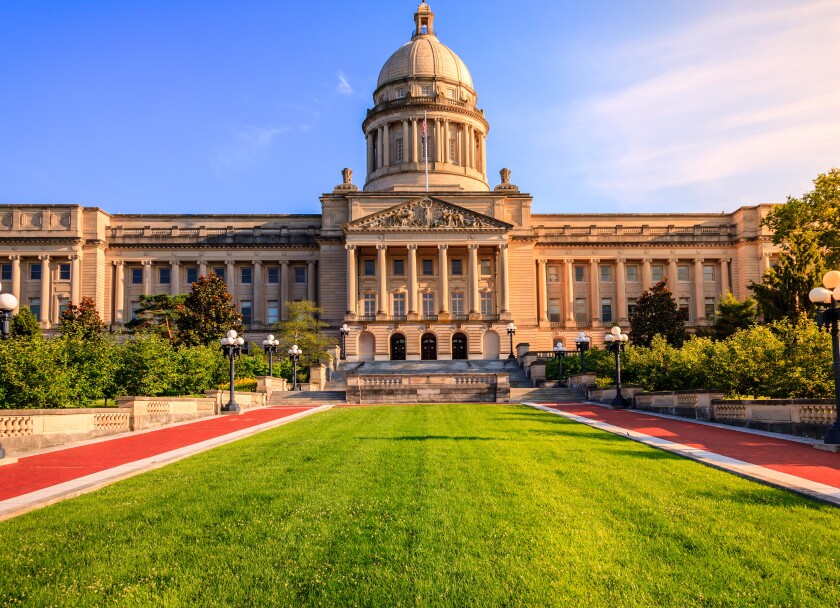 Kentucky’s general fund receipts came in $1 billion above projections for fiscal year 2021, the Office of the State Budget Director reported on Friday.

General fund receipts rose 10.9% to $12.8 billion for fiscal 2021 from the same period in the previous year, $1 billion above the prior budgeted estimate and the highest annual growth rate in 26 years.

Road fund revenues increased 10.1% to $1.6 billion, resulting in a $64.6 million revenue surplus. Revenues bounced after a 4.8% drop in the previous fiscal year due to the decline in vehicle travel and sales due to the COVID-19 pandemic.

“The FY21 general fund revenue surplus is over $1.1 billion, the highest ever by a multiple of three. The revenue surplus will be deposited into Kentucky’s rainy day fund, the budget reserve trust fund, bringing it up to nearly $1.9 billion, or over 16% of general fund spending,” State Budget Director John Hicks said in a release. “The $1.9 billion balance is up from just $303 million at the end of last year. The final surplus amount will be known once the accounting records for expenditures are completed later this month.”

Hicks said Kentucky’s economy has been recovering quickly after the pandemic and income and consumption have grown at a greater-than-expected pace.

“The forces of vaccination progress, federal government aid to individuals and businesses, and employment growth have all contributed to an improved Kentucky economy,” he said. “All three of the largest tax areas, individual income, sales, and business tax receipts, which account for 80% of total general fund receipts, grew significantly.”

Sales tax receipts rose 12.0%, the highest annual growth rate since 1990 when the tax rate was raised to 6% from 5%. Individual income taxes increased 7.9% while business tax receipts from the corporation income tax and the limited liability entity tax grew 38.1%.

“A record year for the motor vehicle usage tax receipts, equivalent to a sales tax on vehicle purchases, accounted for most of the road fund’s revenue increase this year,” Hicks said. “The $64.6 million road fund revenue surplus will be deposited into the Highways budget and used to support projects in the 2020-2022 biennial highway construction program.”