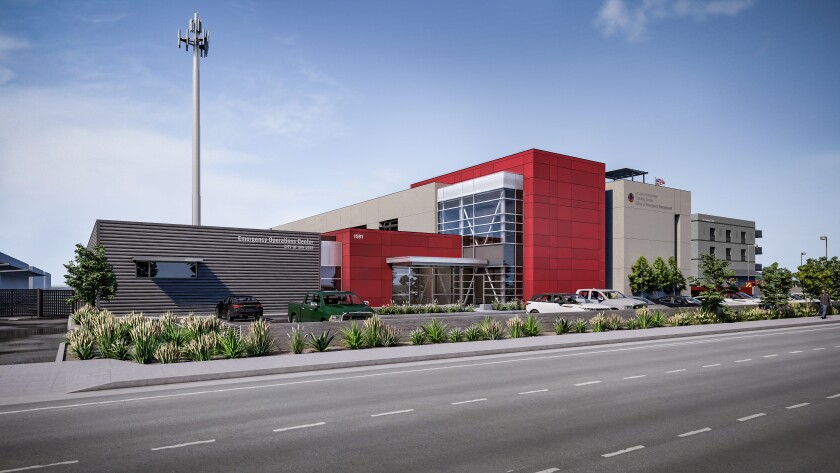 The city received the one-notch upgrade to its GOs, but not its issuer default rating from Fitch, for both the upcoming deal and $502 million in outstanding GO debt, based on protections provided by California’s 2016 statutory lien law.

“We generally sell all of our GOs competitively,” said Julia Cooper, the city’s director of finance. “They carry extremely high ratings — and we feel we have a good story to tell and it simplifies the process a tad for us.”

The upgrade reflects Fitch’s confirmation that all of San Jose’s outstanding GOs were issued after the statutory lien law took effect Jan. 1, 2016. It provides a statutory lien for GO bondholders on property taxes levied to pay GO bonds.

The law was designed to give investors greater protection in a bankruptcy and insure they are treated as secured creditors, but the law “was silent on whether the statutory lien applied to only new bonds or outstanding parity debt as well,” said Andrew Ward, a Fitch director.

Fitch decided only to incorporate the statutory lien in its ratings when all of a rated issuer’s GO debt fell under the lien, which is now the case for San Jose.

“Fitch’s upgrade of San Jose’s GO bonds reflects the repayment of all GO bonds issued before the statutory lien legislation went into effect in January 2016, removing ambiguity about the application of the additional legal protections,” Ward said.

Fitch’s rating criteria provides a two-notch lift to bonds issued with a statutory lien, because the lien “provides superior recovery prospects in a bankruptcy,” Ward said.

San Jose will be the first California city to receive this bifurcated rating from Fitch, Ward said, because after its 2019 refundings, the city doesn’t hold any GO debt that predates the law.

“I expect we will see a lot more of it in the next few years, because the farther we get from that 2016 date, the more likely we will see issuers with no pre-2016 debt,” Ward said.

Fitch’s underlying issuer default rating considers the risk of issuer insolvency, while the bond rating focuses on the credit and operations risk specific to that debt, Ward said.

“San Jose has a very high credit quality,” Ward said. “The main risk we see is the lack of independent legal authority to raise revenues and the elevated cost of pensions. Otherwise, the credit is extremely strong.”

The city of 1 million is California’s third-most-populous.

The bonds, the second issued under San Jose’s Measure T, will pay for street and bridge repairs, new fire stations and a new emergency operations and fire center.

Voters approved the issuance of $650 million in GOs in November 2018 to upgrade public safety facilities to improve emergency response and disaster response times, repair deteriorating bridges that might be vulnerable to earthquakes and prevent flooding and water contamination by repairing critical infrastructure.

Next week’s sale will pay for road repair, and tenant improvements on the police training facility purchased with San Jose’s 2019 bonds — the first sale using Measure T, Cooper said. Funds will also be used to update community centers in the event of disaster and fund construction of a new emergency operation center, she said.

Though the city will benefit from what Municipal Market Analytics’ Matt Fabian described as a historically supply-starved July market, the sale is within the time frame of when the city typically sells bonds, Cooper said.

“July commonly produces positive muni returns, a function of diminished supply, historically down 25% vs. June, and strong demand from principal reinvestors,” Fabian wrote in a recent report. “Thinning supply means tighter spreads and relative outperformance versus US Treasuries. MMA’s 2021 projection is only slightly adjusted to $450-500 billion, but with more downside than up.”

San Jose sells its bonds in June or July because it needs to get them on the county’s tax rolls in August and it’s the beginning of the fiscal year, Cooper said.

Cooper said she expects the debt will receive as much interest as the $502 million in new money and taxable GOs sold in 2019 that included the first sale of Measure T bonds, which generated a good amount of interest.

“We expect to see as much appetite for these bonds,” Cooper said.

When the city’s voters authorized the issuance of the Measure T bonds, the bond measure arguments assumed all bonds would pay interest at a 5% rate for tax-exempt bonds and a 6% rate for taxable bonds, according to a report Cooper made to the City Council on August 1, 2019.

The actual aggregate true interest cost obtained for the 2019 bonds was 2.867%, which was significantly lower than expected, and 1.402% lower than the lowest interest cost for the city’s previous GO bond sales, Cooper wrote.

The city will achieve $63.2 million in net present value savings on the debt it refunded in 2019, according to the report.

The interest rates on the tax-exempt 2019 bonds were also lower than those of the AAA Municipal Market Data index for July 9, 2019, with a weighted average spread of roughly 0.59%, Cooper wrote.

“We just looking forward to receiving a lot of bids,” Cooper said. “This is the bread-and-butter of what munis do — providing infrastructure for the community. As we are coming out of the pandemic, $200 million in GOs means a lot of of construction and a lot of jobs.”