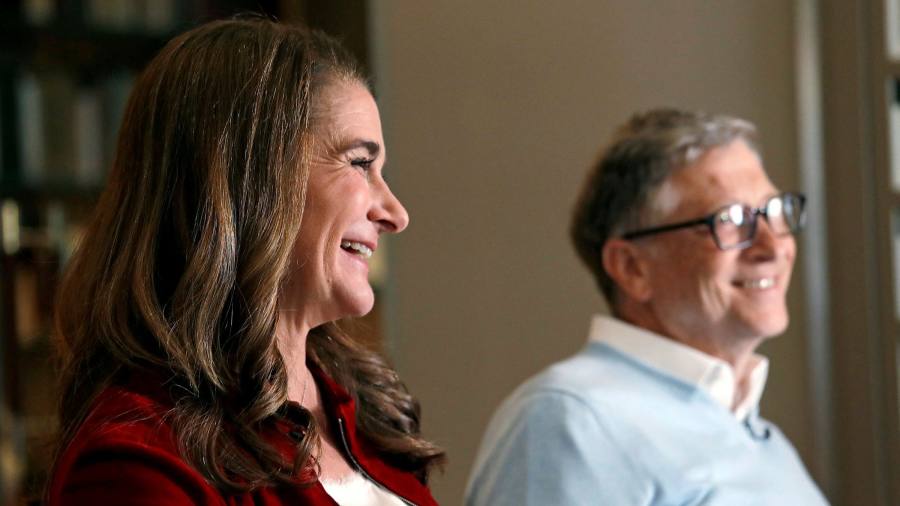 The Gates Foundation has announced a plan that would allow Melinda French Gates to resign as co-chair and receive “personal resources” from her estranged husband for her own philanthropic effort if either she or Bill Gates decide they can no longer work together.

The escape hatch, which would come into force after two years, was unveiled on Wednesday alongside a series of other corporate governance changes intended to ensure the long-term future of the world’s largest private philanthropic foundation at a moment of uncertainty.

Its introduction marks the first time French Gates has publicly broached the idea of leaving the $50bn foundation since she and Gates announced in May that they were ending their 27-year marriage.

In an interview, Mark Suzman, the foundation’s chief executive, said French Gates and Gates wanted to be “transparent” about issues stemming from their divorce and said he did not believe that they would ultimately end their working relationship.

“That is something that, certainly from my perspective, I do not expect to happen, and am not planning for,” he said. “Bill and Melinda, both individually and together, assured me of their firm intent to keep working together as co-chairs for the long term, and that is what we are planning around.”

In what Suzman touted as a sign of their commitment, Gates and French Gates announced on Wednesday they would be donating another $15bn of their personal wealth to the foundation’s endowment. They have also agreed to bring in new external trustees to help buttress the organisation after Warren Buffett, the largest donor and only outside trustee, announced last month he was stepping down.

No decisions have yet been made about how many trustees will be added or their precise role in decision-making, Suzman said. He and Connie Collingsworth, the chief operating officer, plan to submit proposals to the former couple by January after studying other organisations.

“I would be surprised if this ended up being a significantly large expansion,” Suzman added, predicting that new recruits might offer new expertise or give geographic balance to a Seattle-based foundation that largely works outside the US.

Gates and French Gates have built the foundation over the past 21 years from the fortune Bill amassed as Microsoft’s co-founder. It has quickly become one of the most influential forces in global public health and development policy.

When they announced their split, the pair assured staff and partners that they would continue the foundation’s mission together. Yet those assurances have been somewhat undermined by the formidable divorce lawyers each has hired, as well as reports that French Gates was angered by Gates’s relationship with Jeffrey Epstein, a financier who killed himself in jail two years ago while awaiting charges on trafficking underage women.

Through a spokesperson, Gates has said he regrets the association, and that he met Epstein to discuss philanthropy.

Some have speculated that French Gates and Gates would increasingly pursue their own charitable paths, possibly to the foundation’s detriment. Melinda has her own $5bn fund, Pivotal Ventures, focused on women’s causes, while Bill has a separate fund devoted to clean energy technology.

For all the recent tumult, Suzman predicted the foundation would continue to be the pair’s focus. It last week announced plans to invest $2.1bn to improve gender equality over a five-year period, one of its largest single pledges.

In a note to staff on Wednesday, French Gates said: “These governance changes bring more diverse perspectives and experience to the foundation’s leadership. I believe deeply in the foundation’s mission and remain fully committed as co-chair to its work.”

The Different Ways “Commission-Free” May Cost You Money
Government Keeps Meddling With Private Company Decisions
China’s real estate crisis isn’t over yet, IMF says
What we learned about the US economy this past week
Panel discusses benefits of ESG disclosure