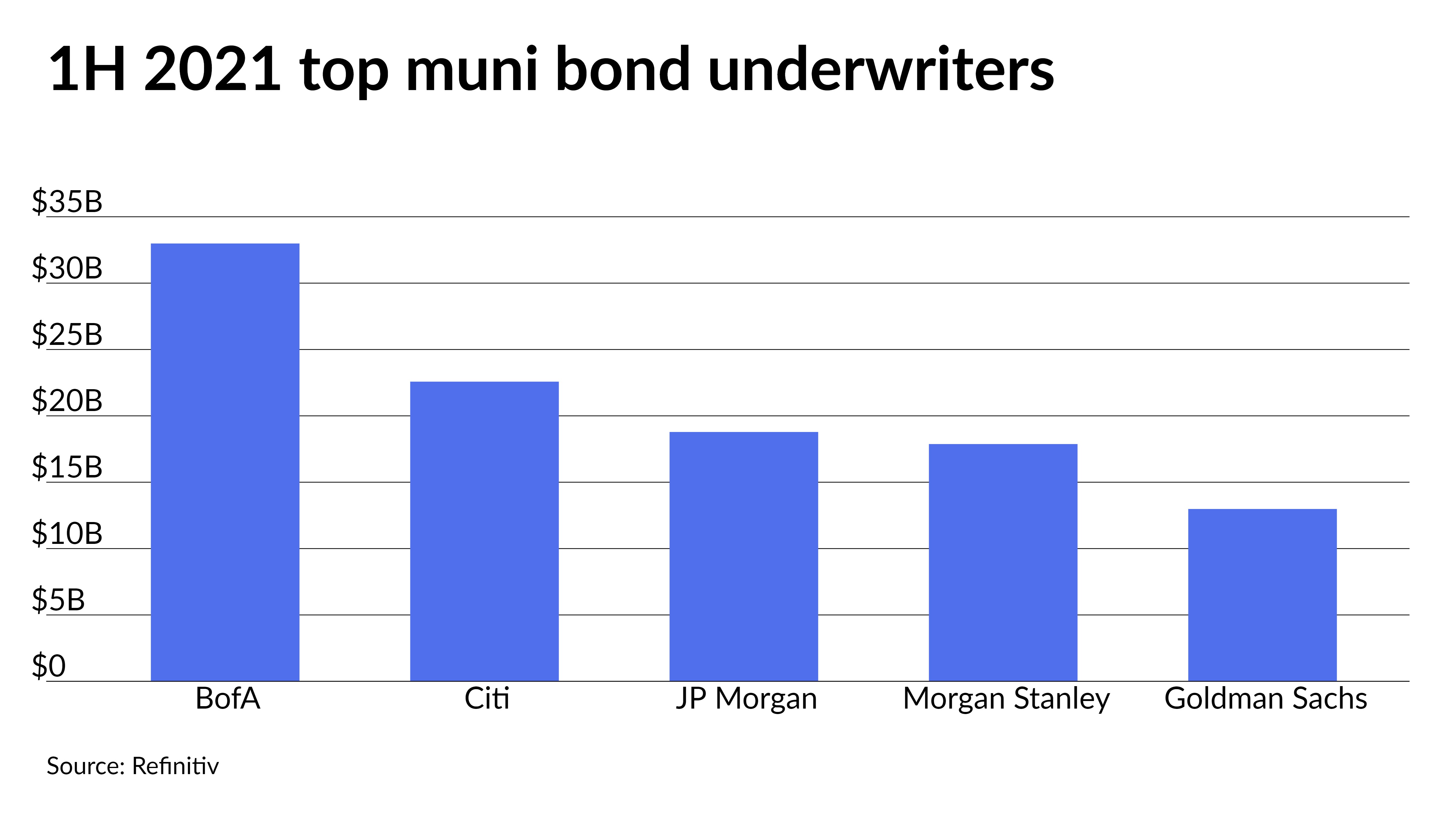 BofA Securities led with $32.99 billion of deals, while Goldman Sachs jumped into the top five and Morgan Stanley moved up one spot from where it was at this point last year.

Stifel Nicolas & Co. and Robert. W. Baird both moved into the top 10, while Piper Sandler & Co. and Barclays fell to 11th and 13th, respectively.