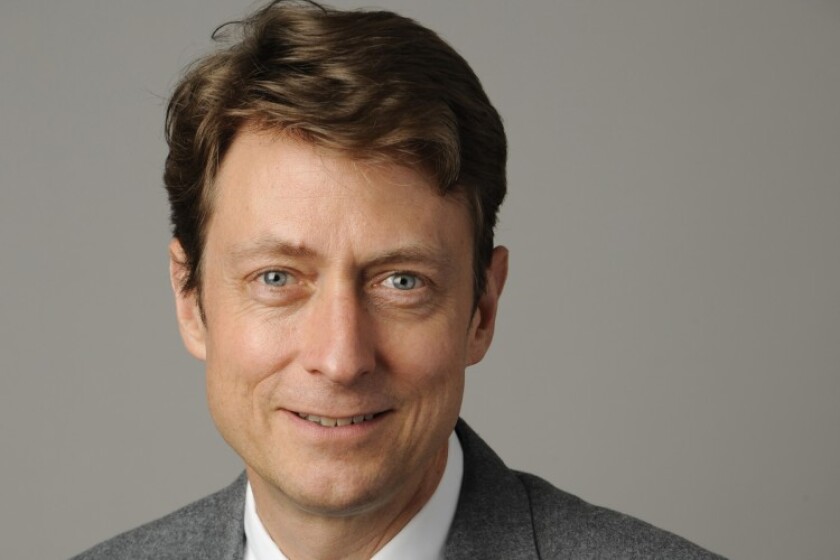 After two decades of credit deterioration — with a brief reprieve about a decade ago that lifted the state’s ratings due to a recalibration of municipal credits — the pendulum shifted last week with a one-notch upgrade from Moody’s Investors Service.

The upgrade gives the state more breathing room between investment grade and junk. It had been on the verge of becoming the first sovereign state to lose its investment grade rating since mid-2017. That’s when the state’s budget impasse headed toward a third fiscal year. The state’s other two general obligation ratings from S&P Global Ratings and Fitch Ratings still remain one level away from junk.

The market already had baked an upgrade into Illinois’ trading spreads, but it should still bolster a battered fiscal image and tamp down exposure to volatility with the benefits felt in the state’s next bond sale.

Reaction has spanned the spectrum with market participants mostly saying it was deserved given the state’s fiscal progress and its COVID-19 pandemic recovery. Some said the upgrade was expected, a reason for the state’s narrowing spreads over the past few months. But they are quick to underline that’s the near-term view and chronic pension strains, past decisions that favored one-shots, an ongoing structural imbalance and out-migration weigh heavily on the state’s fiscal foundation.

“I think it’s important to bear in the mind Illinois is still the lowest rated state” and “no one has waived a wand” and erased the state’s high liabilities, governances challenges and financial operating difficulties, Moody’s lead analyst Ted Hampton said in an interview last week. “But I think what’s going on now really represents the first very strong positive movement — positive enough to warrant an upgrade. It is to some extent a turning of the tide but the state still has a long way to go to look like the bulk of other states.”

Gov. J.B. Pritzker credited his administration and Democratic lawmakers and what he describes as their fiscal prudence for the upgrade. “After eight credit downgrades our state suffered under my predecessor I say with full certainty Illinois’ fiscal condition is heading in the right direction for first time in the 21st century,” Pritzker said last week.

Fiscal conservatives dismiss Pritzker’s self-pat on the back and attribute the upgrade to the flood of federal dollars. With the state’s deep pension wreck still present, they believe the state is ill-prepared to maintain momentum when the federal spigot runs dry and spending pressures mount.

The latter is true as the influx of federal aid including $8.1 billion from the American Rescue Plan Act signed in March have fueled a stronger-than-expected economic recovery nationally that has translated into strong state tax collections, not only in Illinois. How the state has managed the extra cash played a central role in Moody’s upgrade.

A plummeting bill backlog, holding the line on most spending in the fiscal 2022 budget, chipping away at a structural imbalance by raising $650 million from the elimination of corporate tax breaks, paying down the remaining $928 million of $1.5 billion of inter-fund borrowing, and retiring early a $2 billion, three-year Municipal Liquidity Facility loan taken out last December all factored into the upgrade.

“That is a significant difference from what our prior rating level was premised on,” Hampton said.

Rating prospects
Analysts track the state’s accounts payable tally closely as a sign of liquidity. Comptroller Susana Mendoza, whose office manages bill payment, highlighted the $2.8 billion backlog carried over into the new fiscal year that began on July 1 — a low in at least a decade — in a letter to rating agencies advocating for further upgrades.

“I am sending more good news that I hope will encourage the other ratings agencies to follow Moody’s action and upgrade Illinois’ credit rating,” Mendoza said in the letter.

The impasse ended when several Republicans joined the Democratic majority in passing a budget and income tax hike that was able to overcome then Gov. Bruce Rauner’s vetoes.

“We are finally emerging from the budget impasse and the financial pressures of the pandemic and continue to make sustained progress in lowering the state’s backlog as well as paying off short-term debt. I believe these are strong indicators that favor upgrading Illinois’ credit rating,” Mendoza wrote.

Whether Fitch Ratings, which last month moved its outlook on the state to positive from negative, and S&P Global Ratings follow remains to be seen. Even with an across-the-board upgrade, Illinois remains the weakest rated state by multiple notches and it’s an outlier as most are rated in the double-A to triple-A category.

And the state has a long way to go to get closer to the average state.

“The rating change is a modest adjustment on the credit quality risk continuum. It properly reflects the modicum of improvement in the state’s overall liquidity and unaudited financials, even if it was due in no small part to the help of Uncle Sam,” said Richard Ciccarone, president of Merritt Research Services.

“Looking at the long-term picture, the huge liabilities before the state relative to both the underfunded pensions as well as [other post-employment benefits] will weigh heavily on credit protection, particularly in economic cycle downturns, Ciccarone said. “It will be a long road ahead for the state. Consistently paying the actuarially determined contribution will be important, but the unfunded liability needs to be on multi-year path of improvement. Erasing the unpaid bill backlog is also critical. Balanced budgets should be the norm.”

Factors that Moody’s said could drive further positive rating movement include enactment of recurring financial measures that move the state toward structural balance, decisive action to improve pension funding, and improvements to the state’s governance profile, such as constitutional or legal changes, that are likely to have a lasting effect beyond the Pritzker administration.

The state’s pension benefits are protected by a constitutional provision that bars impairment or diminishment of benefits. Some believe a constitutional amendment could alter the landscape but Pritzker, a Democrat, does not back such a move. The state lacks any meaningful plans to tackle the $141 billion pension mess in a system just 40.4% funded.

Pritzker tried lift the constitutional ban on a progressive income tax structure that could make it easier to raise tax rates on a select portion of residents but voters rejected the amendment last November.

The state could move put in a statutory requirement to establish a rainy-day fund with targets as the state’s existing account is near empty. “It was a long road down to Baa3 and our rating adjustments are typically single notch” but decisions that deal with the state’s chronic strains and put in long-term protections could drive a speedier catch up to some other states, Hampton said.

Market view
The upgrade could mark a turning of the tide but the state must stay on a more fiscally prudent track, especially as federal funds dry up. “I think COVID and the federal help has given the state reset button,” said John Mousseau, president and chief executive officer and director fixed income at Cumberland Advisors.

Others are more skeptical and see the upgrade only as a harbinger of near-term stability.

“This upgrade is not a result of Illinois making the necessary difficult choices. It is important to note that the state is not on the road back to structural balance. The upgrade is mostly because of the significant federal relief mostly from the March 2021 Rescue Plan Act,” said Tom Kozlik, head of strategy and credit at HilltopSecurities Inc. “The rating agencies have to acknowledge this and that is what they are doing and/or likely to do.”

“This action does not mean the momentum is with the state,” Kozlik added. “The momentum would be with the state once it begins to make those difficult financial and political choices. With those choices will likely come hard and swift political backlash so they are unlikely.”

Illinois should see some direct benefit when it next enters the market by drawing a broader base of buyers as some can’t purchase bonds at the Baa3 level and could help some hold on to the bonds. “To the extent that some buyers have an incrementally higher floor of credit quality” the state could draw more interest, Mousseau said.

“I think that the Moody’s upgrade will help the state GO and other related credits get better pricing when they next sell bonds,” said John Ceffalio, senior municipal research analyst at CreditSights Inc. “If Illinois continues on this credit path, which I expect, then it will lead to further positive ratings actions during fiscal 2022.”

The administration has said the next sale is expected in the fall.

“We still think Illinois bonds look attractive compared to alternatives at similar ratings and spread levels. Illinois debt is still exposed to headline risk but there is positive credit momentum that will help the bonds,” Ceffalio said. “There is some limit to how far the spreads can come in however, because we suspect there will be some profit taking from the 2020 buyers locking in gains.”

Spreads
Dramatic spread improvement this year is only partially driven by market perception of the state with most believing the primary cause is driven by market conditions with steady inflows, insufficient supply and a hunt for any yield that can be found.

“Now spreads to the AAA municipal for Illinois GOs are not only tighter than they were before COVID, they are falling near levels they have not seen since the World Financial Crisis,” Kozlik said.

The upgrade didn’t generate any material movement last week in Illinois spreads, said Greg Saulnier, managing analyst of US Municipal Bonds at Refinitiv-MMD. “We often find that trading and spread movement remains a leading indicator of ratings action and given Illinois GOs’ massive spread tightening over the past several months (year), we think this move was already priced into the market,” Saulnier said.

“During most of the past year, the muni market has predicted that Illinois was moving in a positive direction through the dramatically lower spreads,” Saulnier’s colleague Dan Berger wrote in a piece published Thursday that looked at spread movement on the state’s 10-year GO bond over the last year.

Spreads had hit peak levels in May 2020 after the state limped into the primary market closing out that month at a 417 basis point spread and then came down over the summer falling to a 213 basis point spread at the end of August before rising again to 299 basis points at the end of November. They tumbled after Democrats captured the Senate during the Georgia special elections capping President Biden’s election and improving the odds of future federal relief — not to mention possible higher tax rates.

The last peak occurred in June 2017 when the 10-year shot up to a more than 300 basis point spread as rating agencies warned entering the next fiscal year in the coming weeks could drive a cut to junk even as investor often say they don’t fear default given the state’s strong GO statutes that pre-fund debt service.