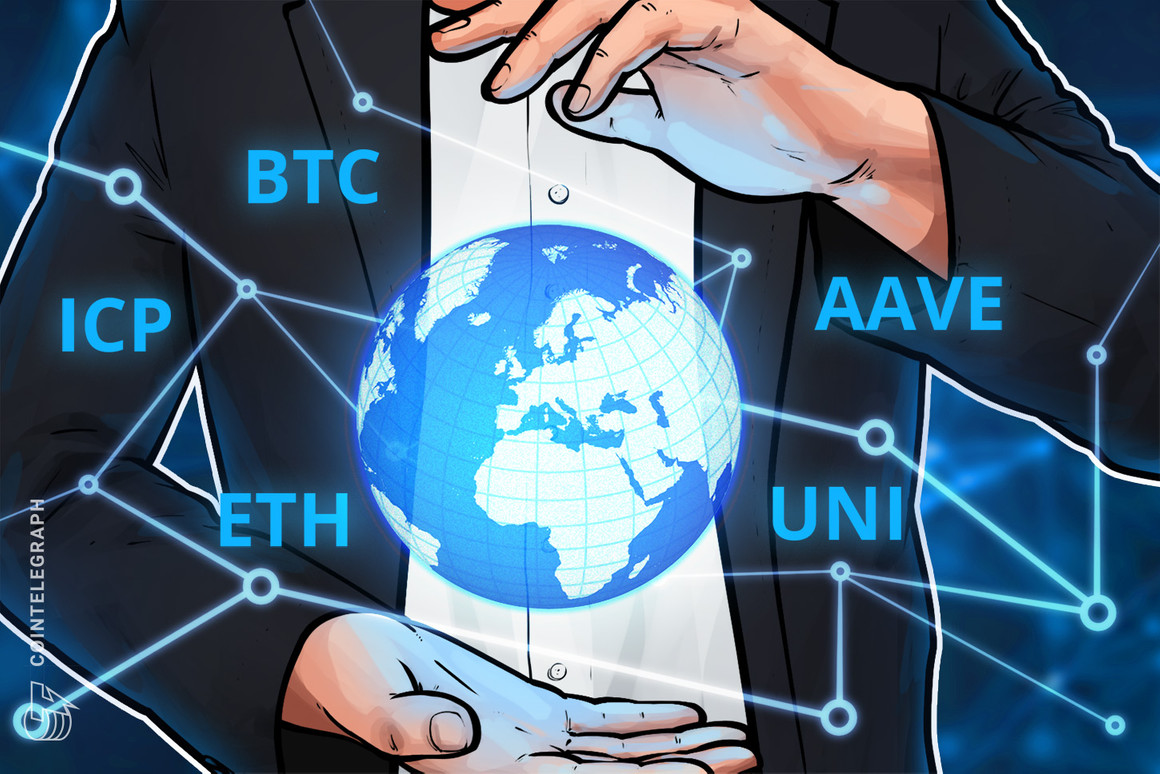 This suggests that the sentiment remains negative. However, the recent Chinese crackdown on crypto miners or the regulatory actions have failed to trigger the next leg of the downtrend in Bitcoin. This indicates that smart money is not panicking but bottom fishing on dips.

Analyst Willy Woo recently said in an interview on the What Bitcoin Did podcast that long-term holders who had sold their Bitcoin earlier this year are slowly accumulating at lower levels. Woo added that on-chain data suggests that Bitcoin is in recovery.

According to sources of news outlet The Street, Billionaire Steven Cohen’s hedge fund Point72 Asset Management is hunting for a “head of crypto” to enter the crypto sector. This suggests that institutional investors are viewing the current dip as an entry opportunity.

With crypto markets in a state of recovery, let’s study the charts of the top five cryptocurrencies that have a good shot at leading the relief rally.

Bitcoin has been consolidating between the $31,000 to $42,451.67 range for the past few days. After the bears failed to sustain the price below the support of the range on June 22 and 26, the bulls are currently attempting a recovery.

If buyers thrust the price above the 50-day SMA, the BTC/USDT pair could rally to the overhead resistance zone at $41,330 to $42,451.67. The bears are likely to defend this zone aggressively. If the price turns down from this resistance, the pair may extend its range-bound action for a few more days.

The 4-hour chart shows the formation of an ascending triangle pattern that will complete on a breakout and close above $36,670. If the bulls manage to pull it off, the pair could rally to $41,000 and then to the pattern target at $44,535.

On the contrary, if the price turns down from the current level or $36,670, the bears will try to sink the pair below the trendline of the triangle. If that happens, the bullish setup will be nullified and that could result in a drop to $32,700 and then $31,000.

Ether (ETH) broke above the 20-day EMA ($2.193) on June 30 but the bulls could not sustain the higher levels. The bears pulled the price back below the 20-day EMA on July 1 and tried to trap the aggressive bulls.

However, the strong rebound off $2,018.50 on July 2 suggests the sentiment has turned positive and traders are accumulating on dips. The bulls pushed the price back above the 20-day EMA on July 3.

The 20-day EMA has flattened out and the RSI is attempting to rise above 52, indicating the momentum is turning positive. The ETH/USDT pair could rally to the downtrend line where the bears may attempt to stall the up-move.

But if the momentum continues and the bulls propel the price above the downtrend line, the pair could rise to $2,990.05. This positive view will invalidate if the pair turns down from the 50-day SMA ($2,437) and breaks the $2,000 support.

The 4-hour chart shows an inverse head and shoulders pattern that has completed on a breakout and close above $2,280. This bullish setup has a target objective of $2,860. The rising moving averages and the RSI near the overbought zone suggest that buyers are in control.

Contrary to this assumption, if the pair plummets back below $2,280, it will suggest that bears have not yet given up and they are trying to trap the aggressive bulls. A break below $2,000 may again shift the advantage back in favor of the bears. The pair could then retest the critical support at $1,728.74.

Uniswap (UNI) rebounded off $13 on June 22 and has risen above the 20-day EMA ($19.50), for the first time since June 4, which is a positive sign. The 20-day EMA has flattened out and the RSI has risen to the midpoint, indicating that sellers are losing their grip.

The UNI/USDT pair could now rise to the 50-day SMA ($22.99) where the bears are again likely to mount a stiff resistance. However, if the bulls can arrest the next decline at the 20-day EMA, it will suggest a change in sentiment from sell on rallies to buy on dips.

That will enhance the prospects of a break above the 50-day SMA. If that happens, the pair may start its journey to the overhead resistance at $30. On the contrary, if the price turns down and breaks below $16.93, the bears may again pull the pair down to $13.

The moving averages have completed a bullish crossover and the RSI is near the overbought territory, implying that the bulls have the upper hand in the short term. If the buyers drive the price above the overhead resistance at $21, the pair could pick up momentum and rally to $25 and then to $27.

On the other hand, if the price breaks below the 20-EMA, the next major support to watch on the downside is $17. A break below it will suggest that traders continue to short at higher levels. The pair may then drop to $15.

After a massive fall from $497.19 to $28.31, Internet Computer (ICP) is attempting to form a bottom. The 20-day EMA ($53) is flattening out and the RSI is attempting to recover from deeply oversold levels, indicating that selling pressure is reducing.

If bulls push the price above $60, the ICP/USDT pair will complete a 1-2-3 bottom formation. The pair could then rally to $72.61. Subsequently, if bulls arrest the next decline above the 20-day EMA, it will suggest that a new uptrend has started.

Contrary to this assumption, if the price turns down from the current level and plummets below $41.44, the bears will attempt to sink the pair to the all-time low at $28.31. A break below this support could extend the downtrend.

The moving averages have completed a bullish crossover and the RSI is in the positive territory on the 4-hour chart, suggesting the bulls are back in the game. However, the bears are unlikely to give up easily and are defending $52.

If the price turns down from the current level but rebounds off the moving averages, it will suggest accumulation at lower levels. The bulls will then again try to thrust the price above $52 and then $60.

If they succeed, the pair may begin a new uptrend. Contrary to this assumption, if the price plummets below $40, the pair may retest the all-time low.

Aave broke above the downtrend line on June 29, indicating that the negative momentum was weakening. The bears tried to stall the recovery at the 20-day EMA ($252) but could not sink the price back below the downtrend line. This suggests buying at lower levels.

The bulls have propelled the price above the 20-day EMA on July 3, indicating a possible change in trend. The bears may attempt to flip the previous support at $280 into resistance but if the bulls do not allow the price to dip below $215.62, the possibility of a break above the overhead resistance is high.

That will open the gates for a rally to the 50-day SMA ($321) and then $400. The flattening 20-day EMA and the RSI near the midpoint signals that bulls are attempting to make a comeback. This positive view will invalidate if the AAVE/USDT pair turns down from the current level and plummets below $215.62. That could result in a retest of the June 22 low at $170.10.

The 4-hour chart shows a rounding bottom formation that will complete on a breakout and close above the overhead resistance at $280. This reversal setup has a target objective at $389.90 but it may not be an easy ride higher as the bears will try to stall the rally at $340.

Both moving averages have turned up and the RSI is in the positive territory, indicating advantage to the bulls. If the price turns down from the current level but rebounds off the moving averages, it will suggest that the sentiment has turned positive and buyers are accumulating on dips. This assumption will invalidate on a breakdown and close below $215.62.

The views and opinions expressed here are solely those of the author and do not necessarily reflect the views of Cointelegraph. Every investment and trading move involves risk, you should conduct your own research when making a decision.

Apple’s revenue growth streak snapped after supply chain woes
Gilead’s Stock is on Sale: Should You Buy?
Abortion Pills Will Be the Next Battle in the 2024 Election
New map of the universe’s matter reveals a possible hole in our understanding of the cosmos
Government Keeps Meddling With Private Company Decisions