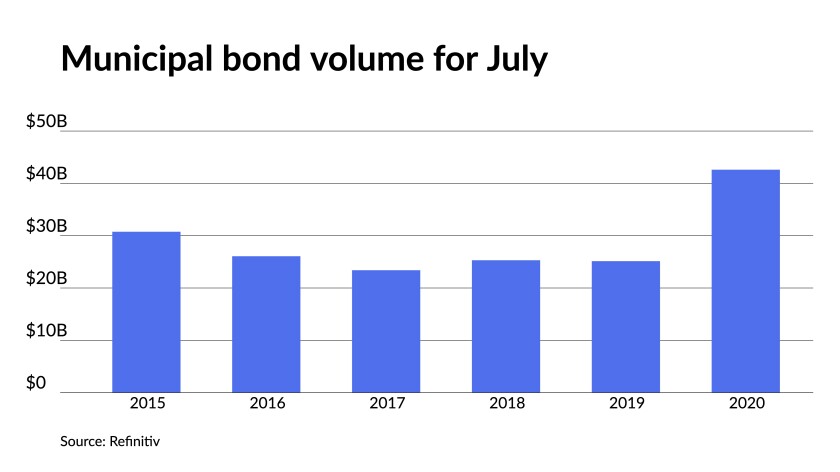 The nonfarm payrolls number beat expectations, but full employment is still about a year away, according to economists, suggesting the Federal Reserve will take its time in removing accommodation.

“The June jobs report does not rise to the level of ‘substantial further progress’ on the labor market that the Fed wants to see before removing monetary policy accommodation,” said Jeoff Hall, managing economist for Refinitiv IFR Markets. “It was a good report but showed enough shortcomings just below the surface to keep rate hikes off the table for just about a year.”

The employment report supports the Federal Open Market Committee “doves’ view of the economic outlook,” said Scott Anderson, chief economist at Bank of the West. “In my view, this report reduces the risk of overheating inflation or a wage-price spiral taking hold. This report will also take some pressure off of the Fed to pull away the monetary punch bowl prematurely or aggressively. This is good news for equity investors and the continuation of the bull market, and it also ensures Treasury bond yields will remain low for the foreseeable future.”

U.S. Treasuries were stronger and municipal benchmarks were also firmer by a basis point or two on the news. The market was largely already on holiday mode but the trades that were done were enough to move scales, following the firmer UST market.

Participants are still closely following how the Fed’s action — or inaction in the near-term — will affect the municipal market going forward.

With the Fed expected to start tapering and the next hiking cycle getting closer, “investor focus has again shifted to the shape of the muni yield curve,” said Barclays strategists Mikhail Foux, Clare Pickering and Mayur Patel.

“Unlike the Treasury market, where there is typically a pronounced bull-flattening trend when the Fed starts hiking, the situation is much more nuanced in the municipal market,” they said. “If we use the last hiking cycle as an example (the first rate hike actually took place in late 2015, but the bulk of the rate increases were between 2016 and 2018), muni yield curves bear-steepened somewhat going into the first hike and bull-flattened thereafter.”

However, the shape of the 10s20s and 10s30s yield curves did not change dramatically over this time frame, they said, adding that the belly of the curve and the front end reacted more, with both the 3s5s and the 5s10s curves flattening meaningfully.

“Where does it leave us, given that in our base case we expect rates and ratios to move somewhat higher in the second half of the year? In our view, the flattening trend could continue a bit longer, consistent with what happened in the first half of 2016, but as we get closer to the start of the next hiking cycle, the yield curves may steepen, although that will likely be next year’s business,” according to Barclays.

For now, the strategists said muni performance will likely turn out to be front loaded.

“Although total returns in 1H21 might not be overly impressive, municipals have so far outperformed most other fixed-income asset classes,” they said.

“For the past several weeks, Treasury yields have been moving around, but tax-exempts have been steadily underperforming after buyers held a ‘mini-strike,’ largely refusing to buy bonds as they cheapened, which came as a surprise,” Barclays said. “However, it seems that this week the tide has finally turned, and we finally saw some buying. It is a bit early to tell whether the ‘mini-strike’ is over, but in the near term, we expect munis still to do relatively well, as buyers will likely return.”

Supply scarcity
Adding to that strength is supply, or lack thereof. The total potential volume for the week of July 5 is estimated at $4.709 billion, down from total sales of $6.250 billion this week.

Supply scarcity has been a large part of keeping yields so low and prices so high. July volume historically comes in lower than June’s. And while 2020 July data was higher at $42.619 billion, it was an outlier month in an outlier year because of the pandemic’s effects on halting issuance earlier in the year.

Looking at the 30-day visible supply, that factor is unlikely to change. Issuers have a mere $9.91 billion planned in the next 30 days, of which $3.62 billion is competitive and $6.29 billion is negotiated.

Next week’s $4.7 billion calendar is made up nearly half by a $1.8-plus billion Trustees of the California State University in a mostly taxable deal led by J.P. Morgan Securities LLC.

Secondary trading and scales
Trading was very light but firmer prints were seen across the curve. Montgomery County, Maryland, 5s of 2023 traded at 0.23%-0.21%. They traded at 0.13% at the beginning of June, in line with the 10-basis-point pullback munis faced over the month.

“Over the past three months, the average payroll gain has been 567,000,” noted Veneta Dimitrova, senior U.S. economist for Ned Davis Research. “At this pace, nonfarm payrolls will reach their pre-recession level by mid-2022.” She agreed with Hall’s assessment. “The Fed can take its time in pulling back on asset purchases.”

While the employment gains were broad based, the leisure and hospitality sector was the biggest gainer, adding 343,000 jobs. Average hourly earnings gained 0.3% in the month after 0.4% growth a month earlier.

“While still a ways off from pre-crisis vitality, the solid strides in the right direction appear to erode the argument — and need — for further artificial support from fiscal and monetary policy measures,” said Stifel Chief Economist Lindsey Piegza. “While some Fed members have suggested now may be the time to discuss a rollback of emergency measures, asset purchases are likely to continue well into 2022 with the first rate hike still delayed until 2023.

They said as a result “we increasingly see echoes between the wage and price inflation data — much like the price inflation data, the wage data is starting to show a transition from more idiosyncratic pressure to more broadly based and potentially persistent pressures.”

The average workweek slipped to 34.7 hours from a downwardly revised 34.8 a month earlier after being initially reported as 34.9 hours.

The unemployment rate ticked up to 5.9%.

“The acceleration in job gains was a welcome change from the recent lull,” said Noah Williams, Manhattan Institute Adjunct Fellow and Juli Plant Grainger professor of economics at the University of Wisconsin, Madison, “but the relative stagnation of unemployment and the labor force suggests continuing supply-side strains in the labor market.”

The labor participation rate held at 61.6%, short of the 63.3% before the pandemic struck.

“There are still several million people on the sidelines, who are not stepping into the labor market for various reasons,” Ned Davis’ Dimitrova said. “With more progress on vaccinations, schools reopening in the fall, and pandemic unemployment assistance ending in early September, most of these reasons for low labor participation should subside, alleviating some of the labor shortages.”

Volatility could “be affecting the data,” said Brian Coulton, Fitch chief economist, “with the decline in the household survey measure of employment in June looking odd, possibly reflecting the challenges of seasonal adjustment after such a large monthly shock last April.”

Like most, the Payden & Rygel economic team, expects “job growth will accelerate in the fall as schools reopen, virus fears subside, unemployment benefits end, and immigration rebounds. The frictions are largely temporary, not permanent.”

But, they note, payrolls remain about “seven million short of pre-COVID levels and roughly nine million short of the pre-COVID trend. And adding 750,000 jobs each month means the 9 million ‘jobs gap’ will take more than a year to make up.”

Separately, factory orders climbed 1.7% in May after a revised 0.1% dip in April, first reported as a 0.6% decline.

Also released Friday, the international trade balance widened to $71.24 billion in May from $69.07 billion in April. Economists expected a $71.3 billion shortfall.

Primary market to come
The Trustees of the California State University (Aa2/AA-//) is set to price $1.882 billion of taxable and tax-exempt systemwide revenue bonds on Thursday. J.P. Morgan Securities LLC will run the books.

In the competitive markets, the Collier County, Florida, Water and Sewer District (//AAA/) is set to sell $137.69 million of water and sewer revenue bonds at 11 a.m. eastern on Wednesday.

Kitchen And Bath Industry Show Awards Feature New Products With Wellness And Sustainability Benefits
What we learned about the US economy this past week
Nationwide protests planned in India as Adani stocks lose $164b or over half their value
Are Cosmos’ ecosystem growth and roadmap enough to sustain ATOM’s current 50% monthly rally?
House GOP struggles to unify over budget ideas