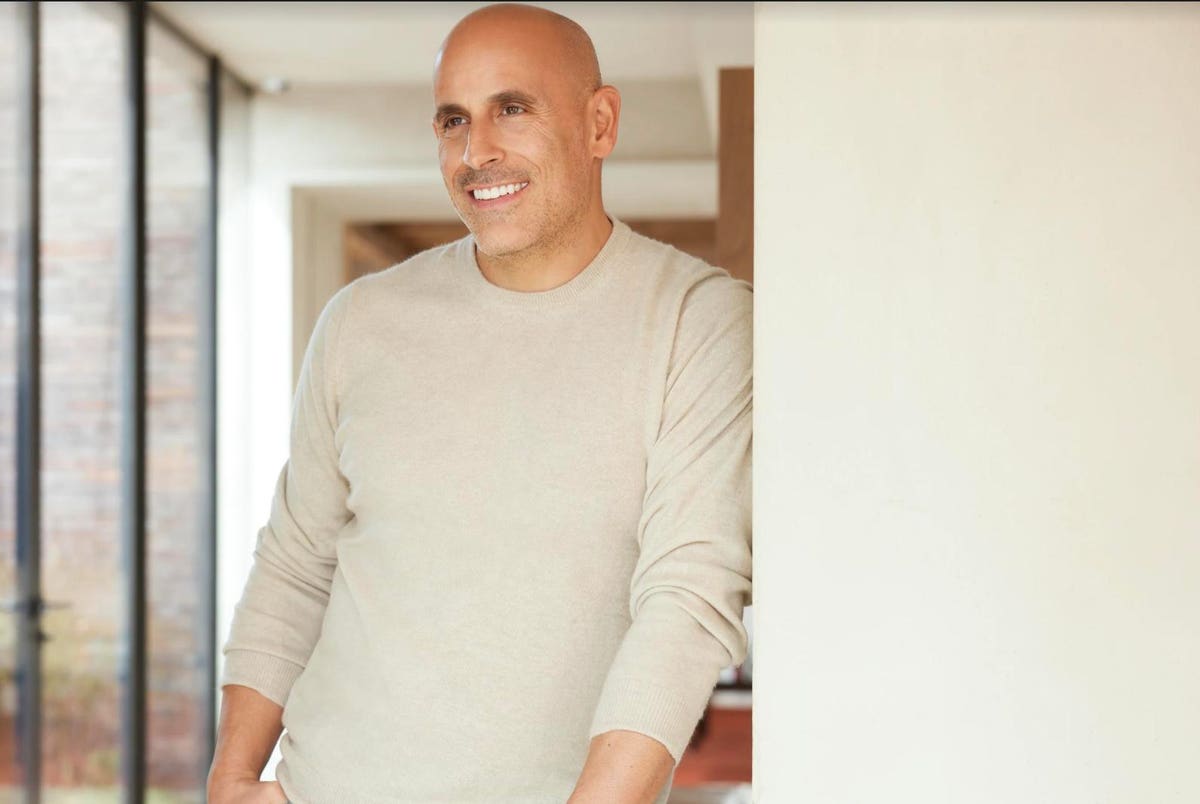 Built like The Rock—but with an accent forged on Staten Island—Marc Lore fills nearly every pixel of his Zoom screen as he unpacks a $10 billion moonshot: a “city of the future” that would one day house 5 million people in the Nevada desert. Or maybe in Texas, Arizona, or somewhere in Appalachia. We’ll see.

It will be “the most sustainable city in America,” says Lore. All garbage will be stored underground, only autonomous vehicles will be permitted on the roads, and electric jets will rule the skies. Perhaps most important, the land will be owned by a private foundation; revenue from leases on commercial and residential projects will be funneled into social services.

“One of the primary motivators here to do this was… testing a new model for society,” says Lore, 50. “What we’re calling ‘equity-ism,’ which is capitalism, reimagined.” He adds:  “It won’t look like the Jetsons. It’ll look like a real city.” He envisions a cross between New York City, Tokyo and Stockholm, leveraging each location’s efficiency, diversity and environmentalism, respectively.

It’s a pie-in-the-sky idea that resonates like tech-bro babble. But Lore, who is worth more than $500 million, has an unusual resume. He’s started and sold four companies, including Jet.com, which Walmart bought for $3.3 billion in 2016, and Quidsi (parent of Diapers.com), acquired by Amazon for $545 million in 2011. Since his golden handcuffs at Walmart were unshackled in January, he has made headlines for a string of big deals, most in tandem with the former Yankee Alex Rodriguez. The pair launched a venture capital firm called Vision/Capital/People, or VCP,  and are in the process of buying the Minnesota Timberwolves at a $1.5 billion price tag. But the city of the future is all Lore.

He’s not the first entrepreneur with such an ambitious flight of fancy, though most other moonshots look to the heavens, where Richard Branson, Elon Musk and Jeff Bezos are in a race to conquer space. (All three have more wealth on hand than Lore, however.)

Right now Lore is everywhere—there are even talks of a TV show—raising questions about whether the future city is an ego play or an actual plan. If he is serious, he could likely find the money to pull it off. “Generally, it is feasible,” says Robert Gibbs, an urban consultant who is working on a more conventional planned city in the Southeast for a million people. But “it does take a billionaire to do it.”

“My goal is to put in billions,” Lore insists. “Hopefully we’ll be one of the most admired cities in the world.”

Born on Staten Island, Lore grew up the son of an entrepreneur. His dad, Peter, founded Chadmarc Systems, a technology consulting firm, while his mother, Chiara, worked as a personal trainer and bodybuilder.

In 10th grade, Lore and a friend cofounded The Mint, a baseball card startup, buying cards from wholesalers and reselling them at a markup. Academics took a back seat. Lore says he used to steal away from class to go count cards in Atlantic City.

In 1989, Lore—a state champion in the 55-meter dash—enrolled at Bucknell University, where he ran track and majored in business management and economics. He landed his first job after college at Bankers Trust in New York, then bounced around in finance before founding his first real business in 1999, The Pit, an eBay competitor that specialized in trading cards. Topps bought the company for $5.7 million in 2001.

Flush with cash, Lore aimed bigger. Together with a grade school friend, Vinit Bharara (the younger brother of former U.S. Attorney Preet Bharara), in 2005 he started Diapers.com, an online baby products marketplace that did $2.5 million in revenue its first year. The company grew rapidly, through to the Amazon acquisition in 2011. Lore spent two years at the e-commerce giant, then decided to compete with it. In 2015 he and his cofounders raised a massive $140 war chest from Bain Capital Ventures, Accel Partners and other Silicon Valley heavyweights and launched Jet.com.

Jet differentiated itself with its pricing models, giving customers discounts when they bought items from the same distribution centers. The company did $1 billion in revenue its first year, and barely 12 months after its launch, Walmart paid $3.3 billion to acquire it—including a $477 million cash payment to Lore. Jet’s growth slowed in the coming years, but the deal was done.

Lore’s next chapter may take the shape of funder rather than founder. Two years ago, “these two guys came to my apartment, sat on the couch and told me they [wanted] to build the next generation transportation company,” Lore recalls. He gave them the seed funding for their venture, Archer Aviation, a flying car startup that in February announced it would go public via a SPAC deal at a $3.8 billion valuation. The deal was supposed to close in the second quarter but has been delayed; Lore blames a backlog at the SEC.

Now he is hoping to repeat that success with the help of A-Rod and VCP, with an aggressive investment strategy that takes a larger chunk of equity from founders in exchange for more capital. “We really feel like we’re onto something that’s differentiated in the market, which is taking 40 to 80% stakes in companies, sort of like an incubator,” he says.

But Lore insists the end goal is his city. He wants to start with 30,000 acres, enough land for 1 million people, which he thinks will require $1 billion, plus another $9 billion in investments to fully get off the ground. He’s hired a team of close to a dozen people that are modeling his ideas, and in a LinkedIn poll in June he floated four possible names for the city: Pangea, New West, Yusa (a portmanteau of “Your USA”), and Telosa. The latter, which derives from the Greek word for “purpose,” won out.

Pablo Vaggione, an urban development specialist who previously worked for the United Nations Human Settlements Programme, says there are scores of questions that must be addressed before a project of this nature could come together: “Where do these people work? Does it have a mayor? Who runs the city? Do citizens have the right to vote? Where does the energy come from? Where does the water come from? Where does the waste go?” Most cities that are even remotely comparable to Lore’s vision, Vaggione says, usually have government backing.

Planned cities are not a new concept. Communities like Daybreak, in South Lake County, Utah, and Ava Maria, in Naples, Florida, and even Washington, DC, were all master planned. Yet those didn’t involve a new economic model or the futuristic flourishes, which, coming from a software entrepreneur with no background in urban development, can make this all seem delusive.

Abortion Pills Will Be the Next Battle in the 2024 Election
Bitcoin Sellers Exhausted, Accumulators HODL The Line
Munis steady, FOMC meeting leads to paltry new-issue calendar
$11 Million Condo In NYC’s Historic NoMad Area Stays True To Its Glory Days
Fed can shrink reserves by $2 trillion without missing a beat: Waller