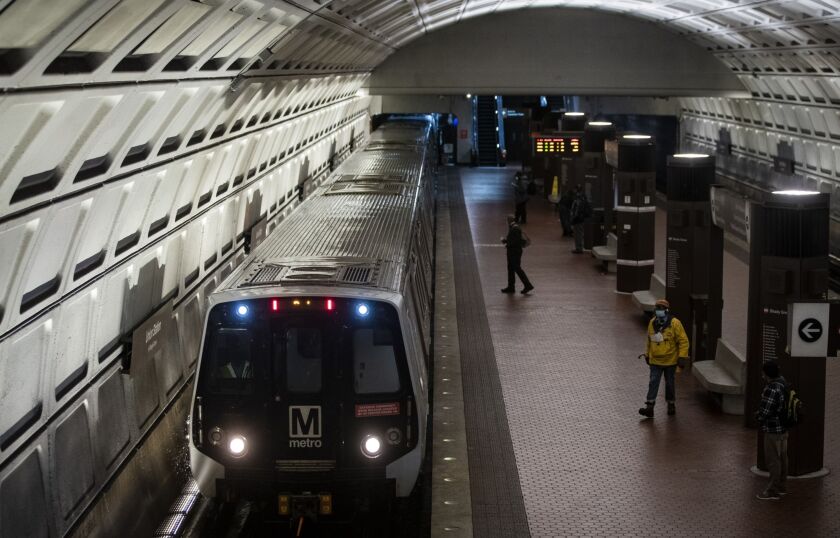 Challenges for U.S. mass transit will continue as providers face new and developing credit risks including continued transition to remote work, according to S&P Global Ratings.

While S&P changed its transit sector view and ratings outlooks to stable from negative in April, “we believe longer-term credit risks highlighted in this report remain on the horizon,” it said.

Other lingering pre-pandemic challenges, according to S&P, include large capital plans due to high and costly infrastructure needs for many transit systems; an increasing focus on asset resiliency for legacy systems; adjusting to climate-change challenges and reducing emissions; navigating cybersecurity threats; and an increasing focus on social equity and opportunity and service levels to transit-dependent riders.

“Despite these challenges, opportunities remain if management teams are flexible in right-sizing operations to meet demand, particularly given an infusion of federal aid as activity levels recover,” S&P said.

Congress is debating a $1.2 trillion infrastructure bill that President Biden and legislative leaders have called bipartisan.

Biden and his transportation secretary, Pete Buttigieg, have been touring the country touting the plan.

On Tuesday, Biden visited a hybrid and electric bus fleet at the La Crosse Municipal Transit Utility complex in Wisconsin. One day earlier, Buttigieg spoke at New York’s Penn Station, pushing for funds to complete the reconstruction of the Gateway tunnels connecting New Jersey with Manhattan.

“We cannot yet make a determination about the fate of municipal bond-friendly elements because there still are no additional details,” Tom Kozlik, head of municipal strategy and credit for Hilltop Securities, said of the infrastructure legislation. “However, our expectation is that municipal-friendly elements will likely be included in a bill proposal if or when one materializes.”

“Less clear is the extent to which micromobility poaches some would-be transit ridership, and whether the net effect adds to or detracts from total transit ridership,” S&P said. ‘There may also be a role for transportation network companies in filling the void for some service provision,” referring to so-called ride-sharing companies, mainly Uber and Lyft.

While only New York City has advanced the concept of congestion pricing to support transit capital investment, S&P sees the concept as a potential opportunity elsewhere.

“More consequently, if the cost of driving a vehicle during peak levels of demand becomes more prohibitive, we could see drivers shift their commuting habits to mass transit,” S&P said.

“To the extent other large cities such as Los Angeles and San Francisco consider similar congestion initiatives, revenue and ridership increases could be the result,” S&P said.

Disparities in the ridership recovery remain across regions and travel modes including rail, subway, light rail and bus, due to lingering local health and safety restrictions vaccination progress and remote working.

According to an analysis by Boston-based think tank Pioneer Institute, nationwide ridership on light rail transit decreased by historic amounts between 2019 and 2020.

For example, NJTransit reported a 93% drop in unlinked light rail passenger trips in April 2019 and April 2020, while Maryland Transit Administration realized a 92% decrease in that period.