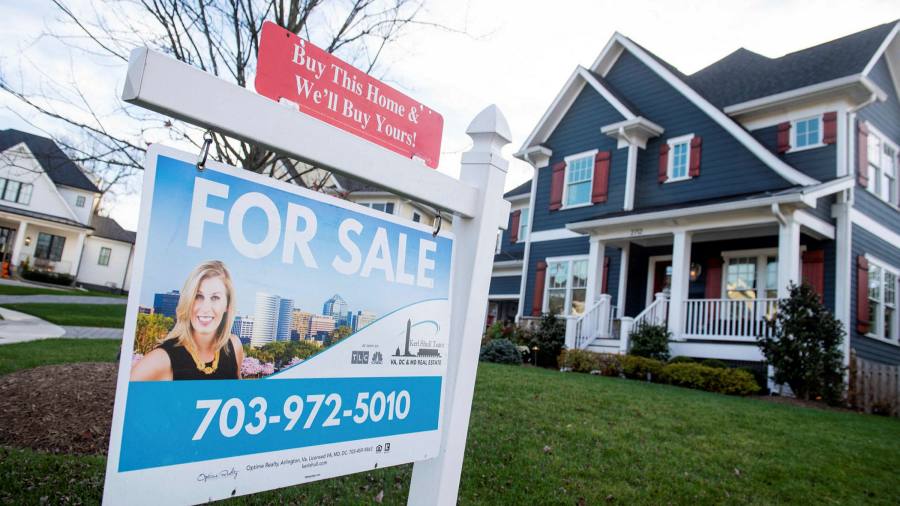 US home price growth accelerated in April at the fastest pace in more than three decades as strong housing demand continued to come up against a shortage of residential properties.

The S&P Case-Shiller national home price index, which covers all nine US census divisions, rose 14.6 per cent year on year in April, data on Tuesday showed. That followed a 13.3 per cent annual jump in March, and was “the highest reading in more than 30 years,” according to the report.

Meanwhile, the 20-city composite, which covers US metropolitan areas including Dallas, Miami, New York and San Francisco, rose 1.6 per cent from the previous month and 14.9 per cent year on year.

That was the largest annual increase since December 2005 and compared with expectations for a 14.5 per cent yearly increase, according to economists surveyed by Refinitiv.

Phoenix, San Diego, and Seattle reported the highest year-over-year gains among the 20 cities in April.

While the boom has been driven partly by pandemic-related demand for suburban homes, he said it may also “represent an acceleration of purchases that would have occurred anyway over the next several years”.

US home prices surged last year as Americans took advantage of record-low mortgage rates and snapped up houses in the suburbs. That demand, combined with a tight supply of homes, drove up prices to record levels. That was further exacerbated earlier this year by a sharp rise in lumber costs.

The surge in house prices is deterring first-time buyers, economists say, though some expect that demand for suburban properties will recede as pandemic fears fade.

There are also some signs that housing inventory is starting to grow. The US commerce department last week said the supply of new homes for sale rose by 15,000 in May to 330,000, up 5.8 per cent from a year ago. That represented 5.1 months’ supply at the current sales pace, up from 3.6 months in January.

“Inventory upticks in recent weeks suggest that a respite from these red-hot market conditions may be starting to form,” said Matthew Speakman, economist at Zillow. “But a return to a balanced market remains a long way off, and there are few, if any, signs that home-price appreciation will start to subside anytime soon.”

This week Eric Rosengren, president of the Boston Federal Reserve, told the Financial Times that the US cannot afford a “boom and bust cycle” in the housing market that would threaten financial stability. He said that it had become common for cash-only buyers to prevail in bidding contests in Boston.

Other Fed officials, including Dallas Fed president Robert Kaplan, have urged the central bank to re-evaluate its support of the housing market through its monthly purchases of $40bn in agency mortgage-backed securities.

New York AG will seek sanctions on Trump, lawyers over ‘false’ court filings in fraud suit
DeSantiss record on COVID-19: Heres what he said and did
Gautam Adani calls off $2.5 billion equity sale as regulatory concerns grow
My Stock Dropped Over -20% – What Should I Do?
A job-destroying economic vortex has just been unleashed: Large-scale layoffs will accelerate through 2023, impoverishing millions