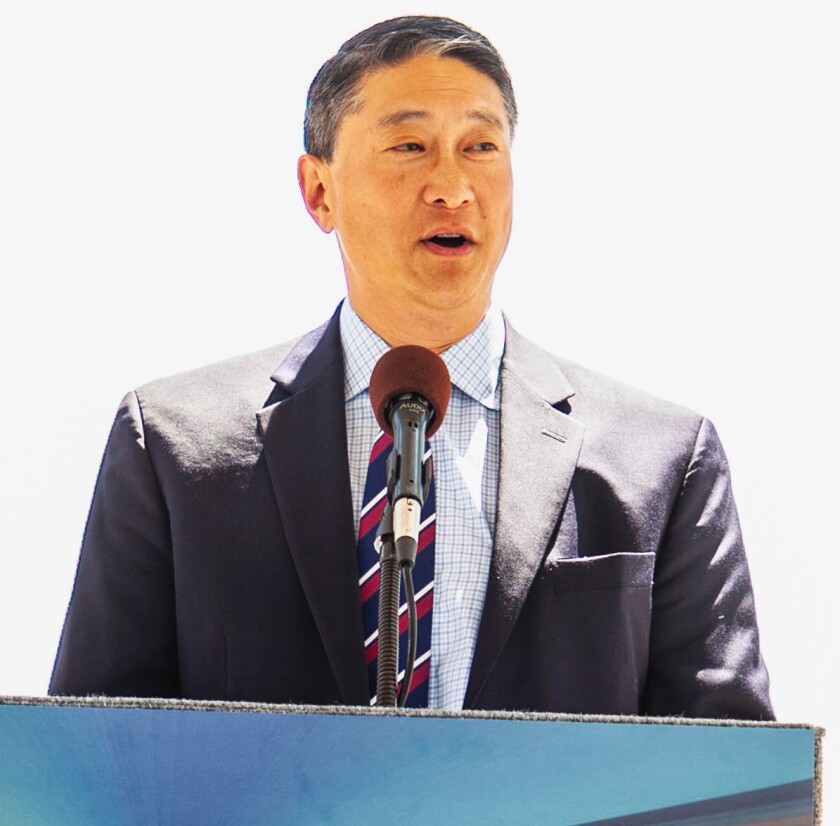 California and Mexico lawmakers signed an agreement Monday on a project that will speed up the movement of goods and travelers at a San Diego County border crossing.

The State Route 11/Otay Mesa East Port of Entry project being built at a combined cost of $738 million is expected to halve the amount of time it takes to cross the border. It would connect to State Route 11, a toll road underway in San Diego.

The new port of entry would be located three miles east of Otay Mesa West Port — an entryway that currently has an average wait time of an hour and half, but was responsible for $45 billion in economic activity in 2019, said David Kim, secretary of the California State Transportation Agency.

Congestion is responsible for the loss of billions of dollars in economic activity for the two countries, according to a San Diego Association of Governments study.

To address the problem, a joint venture between the California Department of Transportation and the San Diego Association of Governments, in collaboration with state and federal partners in the U.S. and Mexico, developed the plan to build a state-of-the-art border crossing three miles east of the original Otay Mesa POE.

Construction is set to begin September 2022 on the port of entry with opening slated for 2024. Construction on State Road 11 began in late 2019.

The agreement sets key delivery milestones and identifies tolling facilities on both sides of the border, said Kim, adding it insures the project gets built on time.

Under the agreement, a four-lane tolled road already underway will be built that connects directly to a Customs & Border Protection Land Port of Entry and a California Highway Patrol commercial vehicle enforcement facility.

The facility will have a wait-time detection system, advanced traveler information to improve route planning and optimized port of entry capacity to decrease congestion and wait times.

“The signing of this memorandum is important for Mexico on many levels,” said Roberto Velasco Alvarez, director general and acting under secretary for North America at the Mexican Secretariat of Foreign Affairs. “Economically, it will allow both countries to continue the partnership they began with the signing of the North American Free Trade Agreement in 2010. It’s a symbol of the future prosperity we want to build for Mexico and the U.S. We believe in building bridges not walls.”

“You can count on Mexico as a continued partner on this project and to keep fostering economic and environmental sustainability on both sides of our border,” Alvarez said.