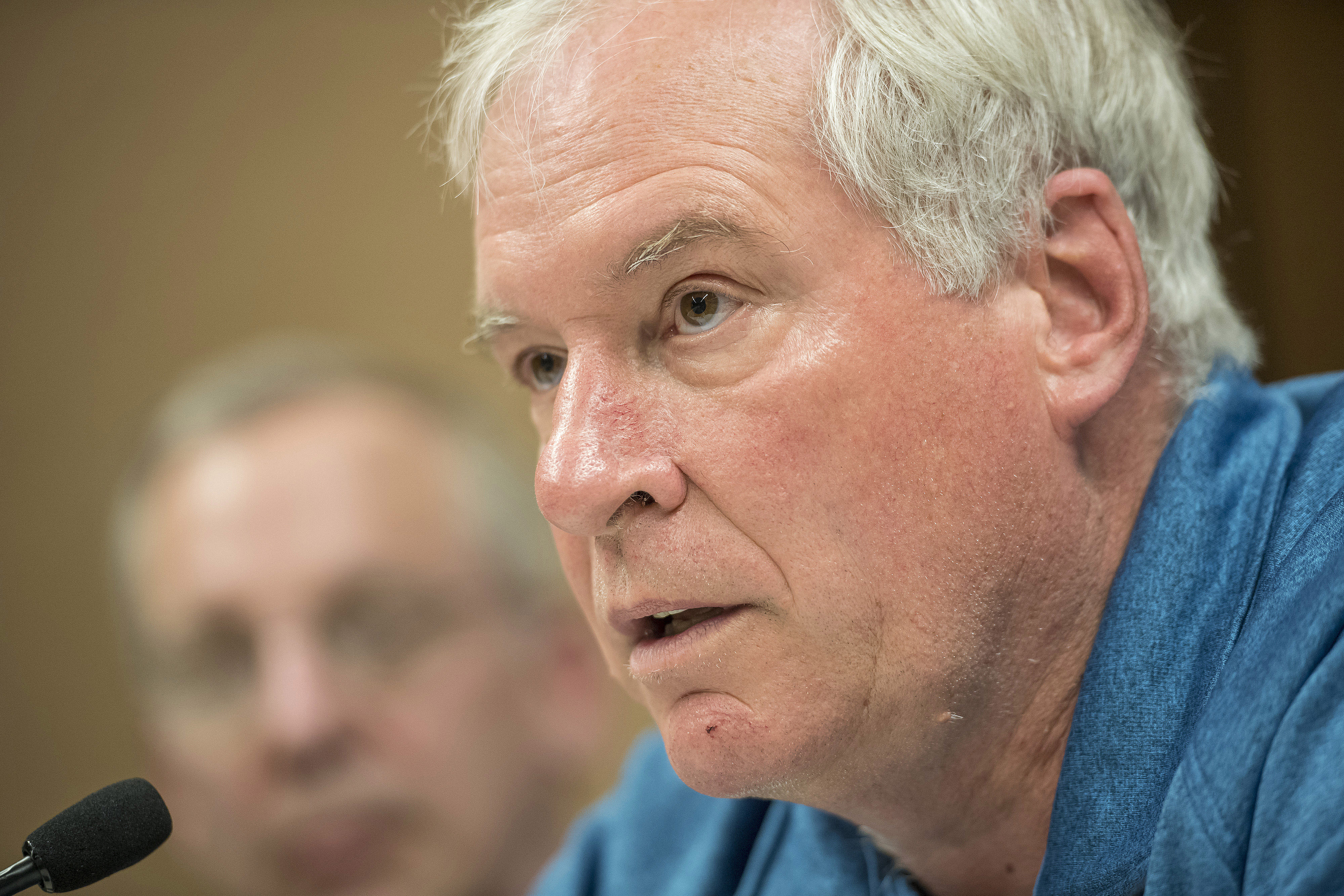 The Federal Reserve might consider an interest-rate hike from near zero as soon as late 2022 as the labor market reaches full employment and inflation is at the central bank’s goal, Federal Reserve Bank of Boston President Eric Rosengren said.

“The criteria is that we have a sustainable inflation rate, that’s 2% or above, and that we’re at full employment,” Rosengren said in a broadcast interview with Yahoo Finance. “I do expect that it’s quite possible that we will see that by the end of next year, but it does depend on whether the economy progresses as strongly as I’m expecting.”

Rosengren joined several other Fed presidents — St. Louis Fed’s James Bullard, Dallas’s Robert Kaplan and Atlanta President Raphael Bostic — in laying out a scenario in which the Fed would lift rates next year. He declined, though, to specify what his “dot,” or interest-rate forecast, was in the quarterly projections.

Fed officials last week published economic projections showing 13 of 18 favored at least one rate increase by the end of 2023, versus seven in March. Eleven officials saw at least two hikes by the end of that year. In addition, seven of them saw a move as early as 2022, up from four.

Rosengren said it was “quite likely” the Federal Open Market Committee will achieve the “substantial further progress” on jobs and inflation required to taper its bond-buying program before the start of next year. The U.S. economy is likely to achieve around 7% economic growth this year, which would provide further support for healing in the job market, he said.

The FOMC sees gross domestic product expanding 7% this year, up from a prior projection of 6.5%.

The current surge in inflation is largely temporary and reflects the reopening of the economy following the COVID-19 pandemic and supply issues that will pass, Rosengren said, citing the situation in the used-car market.

“There is a lot of hype around inflation right now,” the Boston Fed leader said in a separate speech to the Official Monetary and Financial Institutions Forum. “More than likely, this isn’t likely to be a continuing problem for next year or the year after.”

Data released Friday showed the Fed’s preferred gauge of inflation rose 0.4% in May from the prior month and 3.9% over the past year. Previous reports on consumer prices for the months of April and May showed the highest monthly increases since 2009.

While many FOMC members see price pressures as transitory, their range of inflation estimates rose to 3% to 3.9% in June from 2.1% to 2.6% in March, last week’s projections showed.

The recent surge in housing prices is worrisome with its steepness and could raise stability issues, he said. He said the Fed might want to taper mortgage securities at a rate that would end its role in buying faster than for Treasuries as part of the tapering.

Rosengren has been one of the Fed’s most consistent voices on the risks to financial stability that could arise from a long period of low interest rates, a concern echoed in the central bank’s May Financial Stability Report.

“This is the wrong time in the cycle to have housing booms that actually could go bust,” Rosengren said. “In many of the major markets in the United States, metro-area housing prices are already higher than they were during the period leading up the financial crisis.”

Rosengren will be a FOMC voting member in 2022.