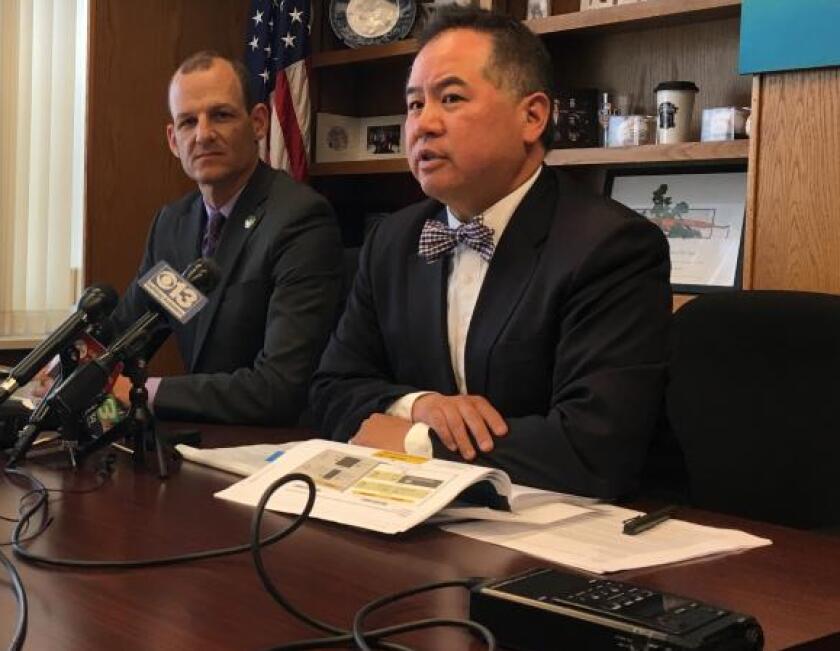 A California bill that would require cities and counties to post on their websites how much police brutality and misconduct lawsuits cost them annually is gaining momentum.

Assembly Bill 603, authored by Assembly Member Kevin McCarty, D-Sacramento, passed with a unanimous vote in the Assembly and is being heard July 5 in the Senate Committee on Appropriations.

AB 603 will provide greater transparency on how much each city, county and the state is spending on police abuse settlements with taxpayer dollars, according to the legislation. It would require municipalities to publicly post the financial details of their law enforcement use-of-force settlements on, or before, Feb. 1 each year.

When settlement costs exceed the amount of liability insurance that cities and counties carry, they are forced to issue judgment obligation bonds that can multiply the costs by adding interest and underwriter fees, the legislation states.

“This common sense legislation would empower taxpayers and provide information on how your money is being spent,” McCarty tweeted after the bill was approved by the Senate’s Public Safety Committee Wednesday. “You cannot improve what you cannot measure.”

The online postings would cover settlements involving police misconduct such as excessive use of force, assault and battery, malicious prosecution and false arrest. Details about the lawsuit — down to which law firms represented each side and which court the action was filed in — would be required. If bonds were issued to pay the settlement, cities or counties would be required to post the amount of the bond, maturity date, underwriter fees and interest costs.

“Commonly, municipalities settle these claims out of court to avoid further scrutiny, and almost always in closed sessions of city council or board of supervisor’s meetings,” McCarty commented in a Senate analysis.

Cities and counties carry insurance to cover the cost of liability payments — also for trip-and-fall and worker injury claims — but when they have exhausted their liability insurance, the board of supervisors or city council “can authorize a general obligation bond to pay for these incidents of police officer misconduct and brutality,” McCarty said.

“These judgment obligation bonds are so common, however, they are called Police Brutality bonds by the Wall Street firms who profit from them,” McCarty said. “Bondholders must be paid back. Therefore, bonds may receive funding over other municipal services and cities may raise taxes to cover the expenses.”

Los Angeles issued $71.4 million in judgment obligation bonds in 2009 and 2010 to pay for settlements in cases involving police misconduct that resulted in $1 million in underwriters fees, McCarthy said.

The City Council also approved the issuance of $60 million in judgment obligation bonds in 2017 to pay for lawsuit settlements, of which about $8 million was for settlements in fatal police shootings and the remainder would cover a $200 million settlement brought by disability groups over the condition of city sidewalks. The city was able to cover the costs by tapping the general fund and didn’t ultimately end up issuing the bonds.

Taxpayers foot the bill for these settlements whether it’s in the form of higher fees or cuts in services they use and rely upon, McCarty said in the Senate analysis.

“Having to put together a metaphorical puzzle to understand how public money is being spent is not a burden we should place on the public,” McCarty said. “As cities and counties have ongoing conversations about re-imagining public safety — communitywide clarity about budgetary items is essential for these conversations to be productive and for community members to have meaningful input into decision making.”