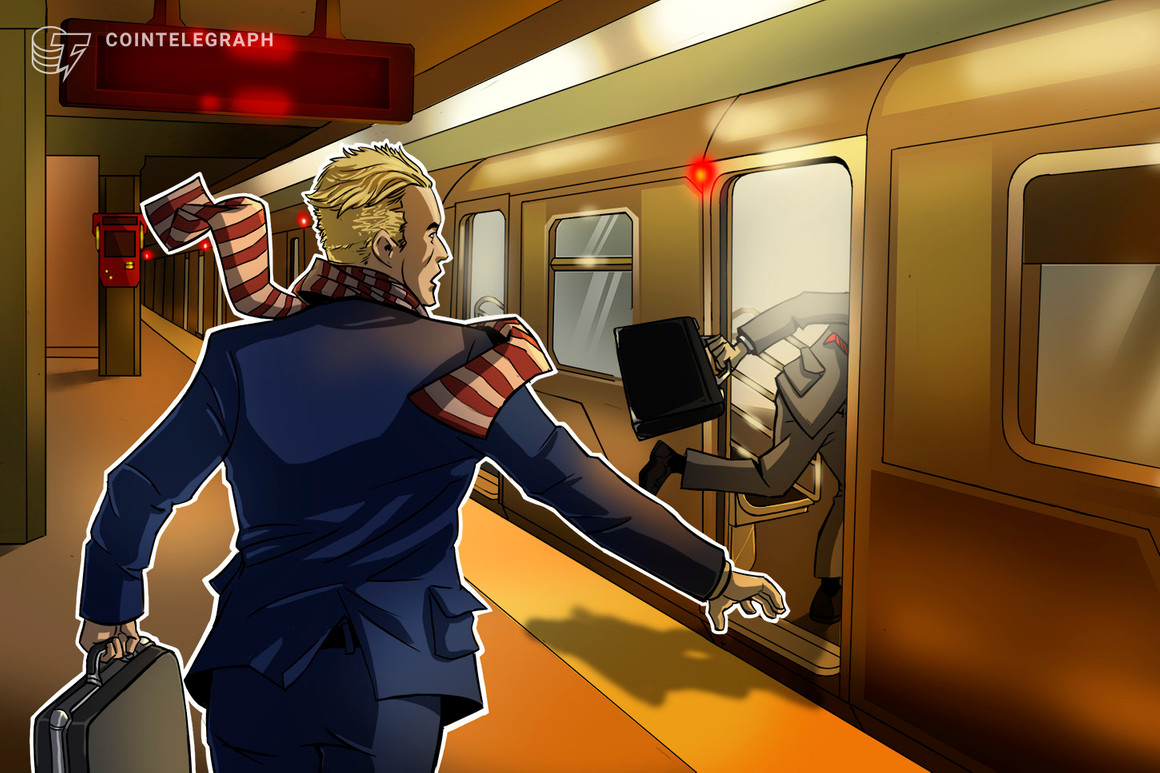 After an incredible start in 2021, Ether peaked at $4,380 on May 12 but has dropped 55% since then. Unlike the leading cryptocurrency, the Ethereum network faces competition from projects that do not depend on proof-of-work, hence not facing the bottleneck issues that caused transaction fees to skyrocket.

Whenever markets disappoint traders with a negative surprise, traders quickly seek external explanations for their failure to interpret signals. But, in reality, a clear indication that China was concerned about the crypto mining energy consumption came out on April 30, six weeks ahead of the initial price crash.

On May 6, recently confirmed U.S. Securities and Exchange Commission chair Gary Gensler punted to congress on providing more regulatory oversight to the crypto space. However, in defense of excessively optimistic investors, similar promises have circulated for over four years.

Regardless of the many reasons behind the recent negative market performance, traders like to blame someone for their mistakes, and what better scapegoat than derivatives markets?

Cointelegraph was the first news outlet to analyze the $2.5 billion Bitcoin futures expiry, potentially giving bears a $450 million lead if the price fails to hold $32,000 on June 25. On June 12, Cointelegraph said that Ether’s $1.5B monthly options expiry would be a make-or-break moment, as 73% of the neutral-to-bullish options would be worthless below $2,200.

Updated open interest figures show a $1.36 billion open interest for Ether options and another $500 million worth of futures contracts to expire on Friday. Meanwhile, Bitcoin’s options open interest has grown to $2.64 billion, while another $1.44 billion is set to expire in futures markets.

To understand whether derivatives markets, mainly the quarterly expiries, hold such a significant impact on prices, investors need to evaluate the past expiries.

In November 2020, Bitcoin initiated a strong rally, accumulating 75% gains ahead of the December expiry.

Over 102,000 Bitcoin options matured on Christmas day, but there was no apparent impact. Instead, the bull trend continued as Bitcoin subsequently rallied another 69% in 12 days.

March 2021, on the other hand, showed completely different price action. Bitcoin price plunged 14% ahead of the options expiry, although it fully recovered over the next four days.

It is worth noting that on March 22, the U.S. Federal Reserve Chair Jerome Powell said, “Bitcoin is too volatile to be money” and “backed by nothing.”

March, June, and September 2020 showed no signs of a dump ahead of expiry

If March 2021 could have built a possible case for dumping activity ahead of expiry, the previous year faced an opposite movement.

Bitcoin went on a 31% bull run in the ten days leading to the March 26, 2020 expiry. However, an 11% correction took place the following day, therefore potentially building a case for investors to cite ‘manipulation.’ However, the 45% hash rate drop that surrounded the date partially explains the sell-off.

The June 26 expiry did not seem to significantly impact price because Bitcoin dropped 2% before the event and another 2% over the next two days. However, an exact inverse pattern occurred on the September 2020 expiry when Bitcoin hiked 2% ahead of Sept. 25 and continued to increase by 2% over the following two days.

Options and futures expiries cannot be deemed bearish or bullish

As the data from the previous five quarterly expiries show, there is absolutely no indication of a pump and dump (or inverse) movement ahead of the derivative events.

For investors and traders waiting for a bottom confirmation, the answer probably lies in Bitcoin’s hash rate recomposition.

One should also account for Chinese over-the-counter traders re-establishing their fiat gateways after the recent nationwide ban on cryptocurrency transactions.

Bitcoin price has slightly recovered from its sharp dip below $29,000, but generally, the past month has not been generous to BTC and Ether (ETH). Bitcoin has failed to break the $40,000 resistance multiple times, and the recent dip to a six-month low at $28,800 was a startling sign for many investors.