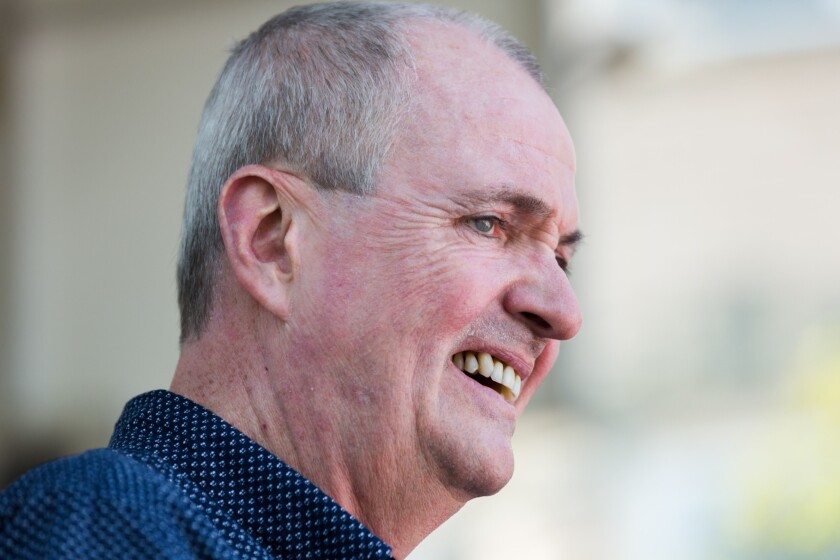 The budget will include $319 million for middle-class tax rebates with direct checks to begin going out July 1. The new fiscal year starts on that date.

“Tax relief is a critical component of a stronger and fairer New Jersey,” Murphy said.

Additionally, Murphy said, the budget will update homestead benefit payments so they are based on 2017 property tax information — the most recent payment information available — instead of 2006. The estimated program cost is $80 million.

“This is direct tax relief to middle income families and senior citizens who need it most,” said Senate President Steve Sweeney, D-West Deptford Township. “These benefits will be spent in the local economy, generating jobs and business activity in communities across the state.”

Regina Egea, president of think tank Garden State Initiative, called for a property tax cap based on the current levy or percent of valuation. She said it would “provide an enduring solution, and finally force government to live within its means.”

“The property tax ‘relief’ announced is treating the symptom, not the disease,” said Egea, chief of staff under former Republican Gov. Chris Christie. “When the temporary relief of federal funds disappears, we will have made no progress towards addressing the number-one issue for New Jersey’s middle class.”

Other tax-relief components include expansion of the child and dependent care credit; extending the veterans property tax deduction to peacetime veterans and expanding the earned-income tax credit eligibility age to 18 from 21 and to those over age 65.

Lawmakers enter the budget home stretch armed with a high infusion of state cash. New Jersey has a $10 billion surplus, including $6 billion under the American Rescue Plan, the latest in a series of COVID-19-related federal aid packages.

In addition, state Treasurer Elizabeth Maher Muoio raised her forecast for fiscal 2021 by $4 billion and that for fiscal 2022 by $1.1 billion — compared with the levels Murphy presented in his budget message.

“Thanks to a remarkable two-month revenue collection surge — an April and May ‘surprise’ like no other — state tax collections in fiscal year 2021 are hitting historic highs,” she told the Assembly budget committee on June 9.

“Like we have said before, there was no playbook to follow for this crisis,” Muoio added. The most recent historical context, she said, was the Great Recession of 2008-2009.

After that crisis, she said, it took New Jersey seven fiscal years to surpass the fiscal 2008 revenue peak.

Though one of the lowest-rated states, New Jersey received an upward revision in April from Moody’s Investors Service, which moved its outlook to stable from negative. Moody’s rates the Garden State’s general obligation bonds A3.

Kroll Bond Rating Agency and Fitch Ratings assign A and A-minus, respectively, with respective ratings of stable and negative. S&P Global Ratings assigns a BBB-plus rating with a stable outlook.