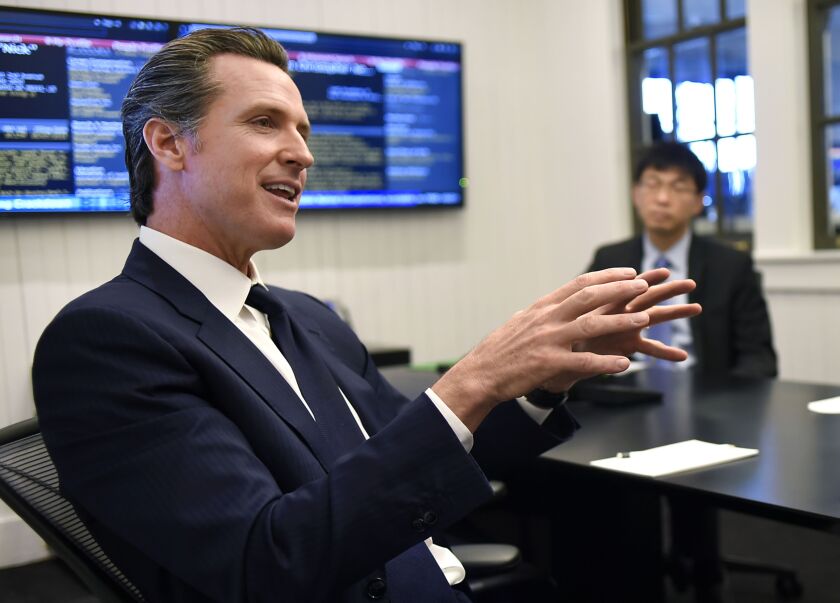 A coalition involving California Forward and the California State Association of Counties wants the state’s final version of the budget to include the governor’s Broadband for All proposal, not the legislature’s.

Gov. Gavin Newsom’s broadband plan taps $5.5 billion from the flexible funding from the America Rescue Plan Act as part of his $7 billion plan, and has a much more accelerated timeline than the Legislature’s proposal, which would dedicate $1 billion a year for seven years to a program, said Geoff Neill, CSAC’s legislative representative for government finance, during a phone interview.

The timing is important, Neill said, because suppliers are anticipating there will be material shortages as a growing number of states and countries have plans like California’s to increase access to reliable internet, Neill said.

Though the Legislature approved a placeholder budget on Monday, negotiations will continue between legislative leaders and Newsom through the July 1 budget signing and some of the budget trailer bills might not be approved until session ends in September.

“We know the budget that passed this week is not the last word,” Neill said. “There will be further negotiations that will result in additions.”

In addition to supporting the governor’s proposal, the coalition is lobbying legislative leaders to include the proposal in the budget Newsom is slated to sign by July 1 and not in a trailer bill that might not be approved until the session ends in September.

“The timing is critical,” Neill said. “Doing it before they go on summer recess is very important for a few reasons.”

Supporters fear that extended discussions about the proposal could result in the companies who have monopolies putting pressure on lawmakers to cut the open-access middle mile piece, he said.

“The sooner it gets passed, the sooner the relevant agencies can start doing the formal planning and staffing up for any grant awards or formal contracts to do the work,” he said. “If we wait until the end of session in September, which means half way into October to get it signed, that is months of lost time that the work could be progressing.”

When the pandemic forced everyone online as people limited in-person interactions, the importance of having affordable, reliable broadband available to everyone, became apparent, coalition members said during a Tuesday press conference.

“More than 2 million Californians do not have adequate Internet access to do things as basic as attending a Zoom meeting,” Chavez said. “What that means is a child who can’t attend a class, an employee who can’t go to work, the inability to take advantage of virtual healthcare including outreach for COVID-19 vaccines and testing.”

While the program prioritizes the unserved and underserved, the open-access middle mile network proposed along the state’s highway system would allow for more competition from a variety of internet providers potentially lowering rates for everyone, Neill said.

“Now the vast majority of internet infrastructure is proprietary and controlled by a single company,” Neill said.

Those monopolies give them free reign to raise rates since the industry isn’t subject to rate regulation like electricity providers are, he said.

An open-access middle mile network that would be similar to long-distance transmission lines for electricity “has the potential to increase competition, lower costs, improve speeds and customer service,” said John Chiang, co-chair of California Forward and the state’s former treasurer.

“Reliable broadband is not a luxury, it’s a modern day necessity as vital as electricity and clean water,” Chiang said. “We join a broad coalition urging the state Legislature to take bold action and adopt the governor’s $7 billion broadband infrastructure plan to finally deliver on the promise of broadband for all.”