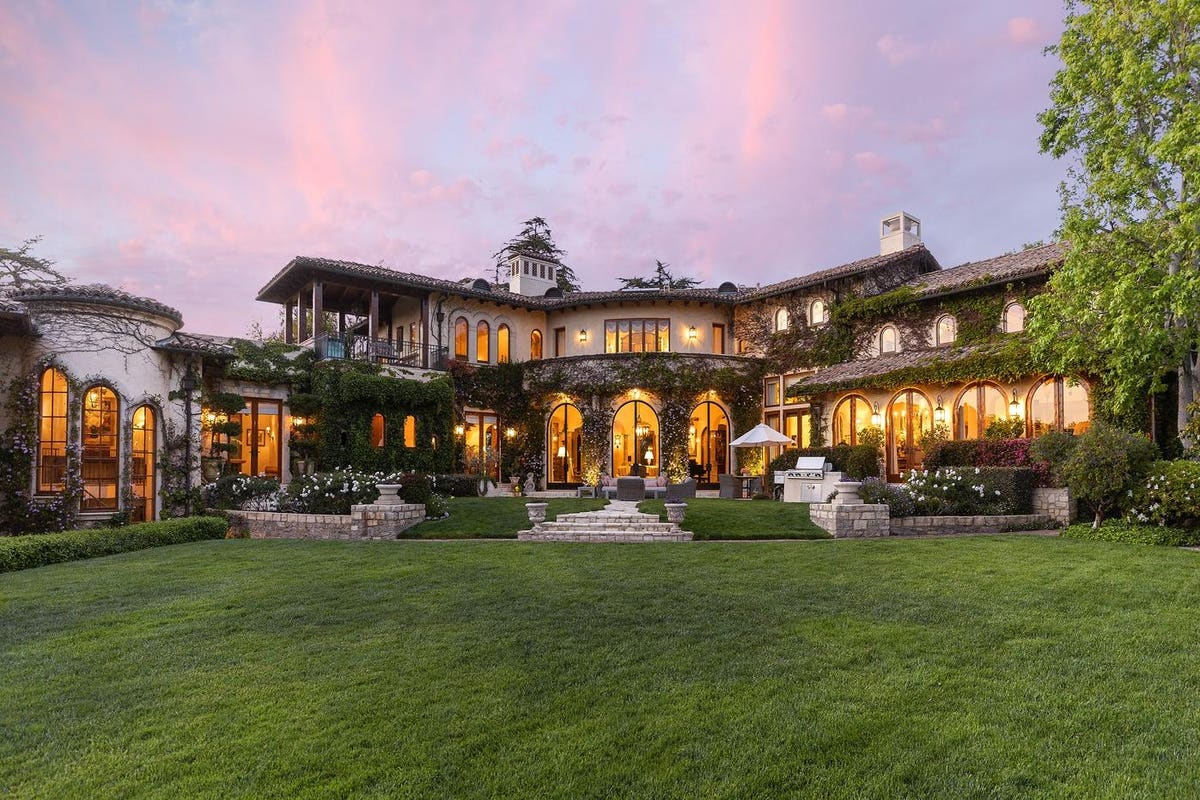 Boxer Sugar Ray Leonard is hoping for a knockout in the real estate market. He recently relisted his Pacific Palisades estate for $46.5 million, tapping a trio of agents, including luxury real estate specialist Drew Fenton of Hilton & Hyland, to handle the sale.

The gated and hedged 1.7-acre property features a seven-bedroom, 16,700-square-foot home designed custom for Leonard by AD100 architect Richard Landry, who has worked with other athletes and celebrities, including football quarterback Tom Brady and ice hockey player Wayne Gretzky. Inspired by Florentine villas, the home features a terracotta tile roof and rustic wood-beamed ceilings. Highlights include a two-story family room, a screening room and a solarium.

The property also has a pool, a full guest house, a lit tennis court with a viewing area and a separate putting green. Views take in the surrounding mountains and ocean.

Pacific Palisades is a highly coveted area in Los Angeles’ wide market. The neighborhood features a charming tight-knit community and a secluded Westside location largely insulated by lush greenery and coastal views. In addition to Getty Villa and numerous parks, the area is home to some of the best hiking trails in Los Angeles, including access to Will Rogers State Park and Temescal Canyon Park. Because of these attributes, the median price for single-family homes in Pacific Palisades now hovers above $3.82 million.

The Leonard estate is currently the most expensive home for sale in Pacific Palisades, where the April sale of media mogul Shane Smith’s compound for $48.67 million set a new record in the Westside community. Last month, the sale of the Barron Hilton estate for $61.5 million set the 2021 record high for Los Angeles.

Leonard, 65, an Olympic gold medalist and world champion boxer who has competed in five different weight classes, shares the property with his wife, Bernadette Leonard. He retired in 1997 after two decades and was inducted into the International Boxing Hall of Fame that same year.

According to public records, the Leonards previously listed the property in September 2019 for $51.995 million but removed it from the market at the end of October.