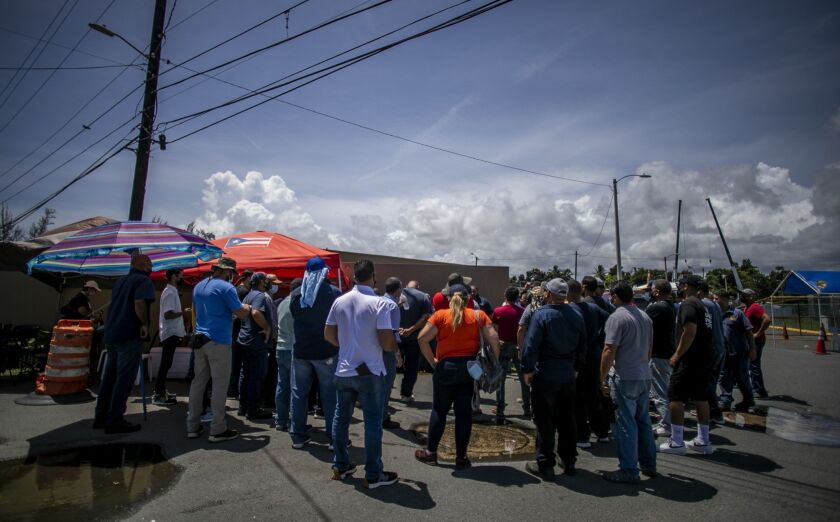 The private operator of Puerto Rico’s electric transmission and distribution systems has been plagued by outages and protests since it took over June 1, culminating in a 900,000-customer outage Thursday.

LUMA Energy’s takeover of these systems is a central part of the Puerto Rico Oversight Board’s plans to transform the Puerto Rico Electric Power Authority and bring lower rates and more reliable electricity to Puerto Rico.

Several activist and protest groups have worked since June 1 to impede LUMA’s activities. They have blockaded LUMA vehicles from entering its facilities and highways.

There were an unusual number of outages from June 1 to June 9, affecting more than 1 million customers, according to the Associated Press. A LUMA spokesman told a local radio station sabotage could have caused the outages.

On Thursday afternoon the worst outage so far occurred after an explosion and fire at the Monacillos electrical substation in Río Piedras, a neighborhood in San Juan. This led to a peak of 900,000 customers without electricity.

On Friday afternoon LUMA promised service would be fully restored by 6 p.m.

“I think these recent incidents add to the general skepticism about the change to a corporate operator for PREPA’s distribution and transmission system,” said Evercore Director of Municipal Bond Research Howard Cure.

“LUMA took over the management responsibilities with a depleted workforce,” said Tom Sanzillo, director of finance at the Institute for Energy Economics and Financial Analysis.

“Under these conditions it is not surprising that they would find it difficult to respond to an outage,” he said.

“All law-and-order authorities, both state and federal, are investigating the explosion at the Monacillos electrical substation in Río Piedras,” said Puerto Rico Gov. Pedro Pierluisi. “We are taking all the necessary actions to protect essential services, such as electric service, and all the resources of our government are active and available to attend this emergency. The priority must be to re-establish service as soon as possible and our people can rest assured that we are ensuring that this is the case.

“As we have the results of the investigations related to the cause of this incident, whoever is responsible for it will have to respond to the people of Puerto Rico,” Pierluisi said.

The Oversight Board said Friday it “hopes for power to return as soon as possible and will work closely with all relevant authorities to address the events that sparked this sad, but hopefully brief, chapter in the transformation of Puerto Rico’s energy system.”

US jobs total surges by over half a million in January
Stocks making the biggest moves after hours: Meta, Align Technology, e.l.f Beauty and more
PRAY: Police Search For Answers After NJ Christian Councilwoman Killed Outside Her Home
Robots could surpass workers at Amazon by 2030, Cathie Wood says
Munis outperform UST rout after hotter-than-expected jobs report