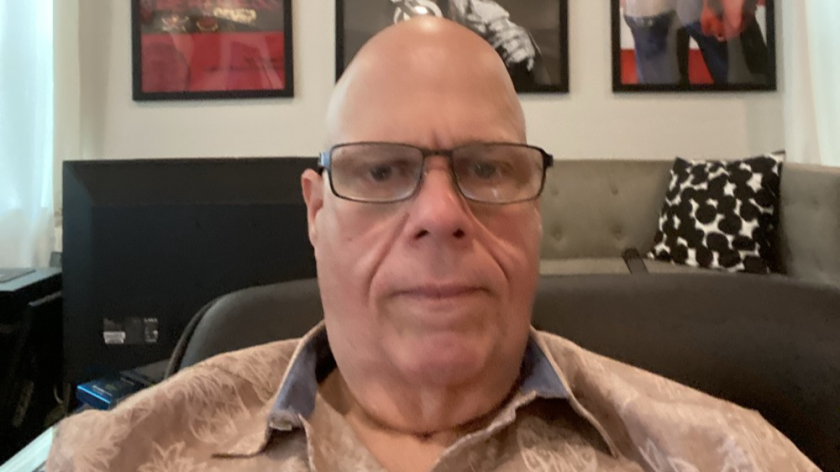 As the fallout from UBS Puerto Rico closed-end fund losses soared past $100 million in arbitration settlements last month, a central figure in a drama still unwinding years later warns that something just like it could happen again.

Jose G. Ramirez Arone, Jr. seems far removed from the man who was once one of UBS’ most lucrative bankers in San Juan. Dressed in black jeans and a music-themed T-shirt, Ramirez, 62, bears little resemblance to the man known as “Whopper” who lost his career and his freedom when both the Justice Department and the Securities and Exchange Commission came after him for misleading customers about the safety of the closed-end bond funds to line his pockets with an extra $2.8 million by having customers use proceeds from lines of credit with UBS Bank to purchase shares in the funds.

“You know what? Why not? It could happen again,” Ramirez says when asked if something like the fraud that sent him to a federal prison camp could happen in Puerto Rico again. “People forget.”

Last month a Financial Industry Regulatory Authority arbitrator ordered Switzerland-based UBS to pay Eugenia Fidalgo Gutierrez, Mercedes Fidalgo Gutierrez and Fidalgo Gutierrez Holding $4.8 million in damages and fees. That decision, as big as it was, is only a fraction of the $3.4 billion of losses that customers have alleged since 2015. UBS agreed that year to pay the SEC and FINRA a total of $34 million in penalties and restitution to customers, but a flurry of additional claims followed that have kept FINRA arbitrators busy.

Ramirez was perhaps the single most prominent figure in what authorities successfully argued was a scheme to profit from retail investors who didn’t understand the risks associated with the closed-end funds. Ramirez never told his customers, authorities alleged, that if the value of their collateral decreased below a certain level they could be subject to a maintenance call and the firm could liquidate the customer’s investments to satisfy it.

That was precisely what began happening in 2013, when a series of rating downgrades hit Puerto Rico. Some of the funds lost 20% to 30% of market capitalization, the court found, and by the end of September 2013, 37 of Ramirez’s customers were subject to maintenance calls of over $37 million.

Ramirez had done well through the scheme, authorities detailed in complaints. He even received a “banking champion” award and was considered a top-performing line of credit business producer. He earned commissions on the closed-end fund shares his customers purchased and from 2011-2013, he received over $12.9 million in total compensation, more than $5.5 million of which a federal court found was attributable to customer lines of credit.

Ramirez takes responsibility for his actions, but maintains that the portrayal of him as preying on unsuspecting victims is not wholly accurate. He said he pleaded guilty because the government threatened to come down hard on him if he went to trial.

“The Department of Justice case was something inevitable,” Ramirez said. “They told me that if I didn’t plead guilty they were going to go for 15 years in jail. And they were going to go to my house at three in the morning and pick me up with long guns, stuff me on the plane to Puerto Rico with all the criminals,” he said.

Ramirez said he didn’t think a jury would find him guilty of the elaborate fraud authorities laid out in their complaints, but was convinced he would still lose at trial if he tried to go that route.

“They will find me guilty of maybe suggesting to somebody to lie on their credit application,” he said. “Like any good used car salesman or mortgage banker or whatever would do. Put that you make $1,500 instead of $1,000. Stuff like that.”

In court documents, Ramirez named several other UBS officials whom he claimed were complicit in the fraud, but who never caught any of the blame. Ramirez scoffs at the idea that he acted alone, and says UBS closed ranks around the other bankers and left him to take the blame after firing him in 2014 when the SEC was closing in.

Ramiro Colon, who was Ramirez’ supervisor as branch officer, agreed to pay the SEC a $25,000 penalty and be suspended from a supervisory role for a year. Ramirez was the only UBS representative to face criminal charges.

Ramirez is similarly dismissive of the idea that his clients were ripped off.

“This is the most ungrateful business on the face of the Earth,” Ramirez said. “My clients that hated me so much, that used to make $300,000, $250,000 a month tax-exempt on their investments, said that I misled them.”

Ramirez said that he and many of his own family lost their shirts the same as his clients when the bottom fell out on the funds.

Reached for comment, a UBS spokesman said Ramirez lied to bank officials when questioned about his conduct.

“UBS terminated the employment of Mr. Ramirez over seven years ago after determining that he permitted or encouraged clients to engage in improper conduct, and provided misleading responses to firm management when questioned. His allegations that others at UBS were aware of his conduct have never been substantiated and he alone was criminally prosecuted for them.”

For the one count of bank fraud to which Ramirez pleaded guilty, the court sentenced him in March 2019 to one year and one day in prison, with two years of supervised release. The judge told Ramirez that he would not impose the government’s requested five years of probation “because I think you’re not in a position to commit any more crimes like this, and you have been substantially punished already.”

Ramirez served his time at FCI Morgantown, a minimum-security facility in Morgantown, West Virginia. Records from the Federal Bureau of Prisons show he was released March 20, 2020. In March of this year he filed for an early termination of his probation, and the Department of Justice said in April it did not oppose the motion because Ramirez had complied so far with all the terms of his release. The court has not yet ruled on the matter.

Securities lawyers representing investors who lost money in the closed-end funds unsurprisingly view the lessons to be learned from it in a very straightforward legal sense. For them it’s a matter of suitability. Brokers recommending securities to customers have a responsibility to determine that the recommendations are suitable for those customers.

“The thing that stands out to me about these cases is the defense,” said Scott Greco, a Virginia-based attorney who has represented several clients in FINRA mediation over the closed-end funds.

Greco said the defense by UBS and other institutions that the securities were tax-advantaged and lucrative shouldn’t fly in the face of their suitability obligations and their obligation to be truthful to clients.

That’s the same message lawyers from New York to Miami to San Juan have been broadcasting for years as they sought plaintiffs for FINRA arbitrations and lawsuits.

For Ramirez, however, the takeaway is much deeper and more fundamental. He lays nearly all the blame at the feet of the Puerto Rican government, which he says is and has for many decades been extremely corrupt and irresponsible.

“I was gullible enough to believe that the government was going to do what they’re supposed to do with their debt,” he said. “So this is my other crime. It’s called stupidity.”

Ramirez said he finds it implausible that Puerto Rico authorities were putting money intended for infrastructure into infrastructure, given the dire state of the island’s essential services.

“The government was a fraud,” Ramirez said. “The only thing that politicians have done since they got into power in Puerto Rico is steal,” he continued. “If not them directly, then the people around them.”

“Puerto Rico is not a banana republic,” he qualified. “If you go to Santo Domingo (Dominican Republic) then you know the real meaning of the banana republic, where you’re stopped by a policeman and you’re going to either have to give him money or go to jail.”

“This doesn’t happen in Puerto Rico,” he said. “But close.”

The office of Puerto Rico Gov. Pedro Pierluisi did not respond to a request for comment.

Ramirez is now living in Maryland with his wife, whom he married in 2014. He runs a small audiophile business selling high end turntables, speakers, and vinyl records. Though he clearly has a lot of frustration, he said he considers himself a happy person.

Sayreville councilwoman shot, killed outside her home
Survey says: 2023 issuance will be the same; rates will rise
New map of the universe’s matter reveals a possible hole in our understanding of the cosmos
Millionaire Renters Have Tripled Since 2015
Kitchen And Bath Industry Show Awards Feature New Products With Wellness And Sustainability Benefits