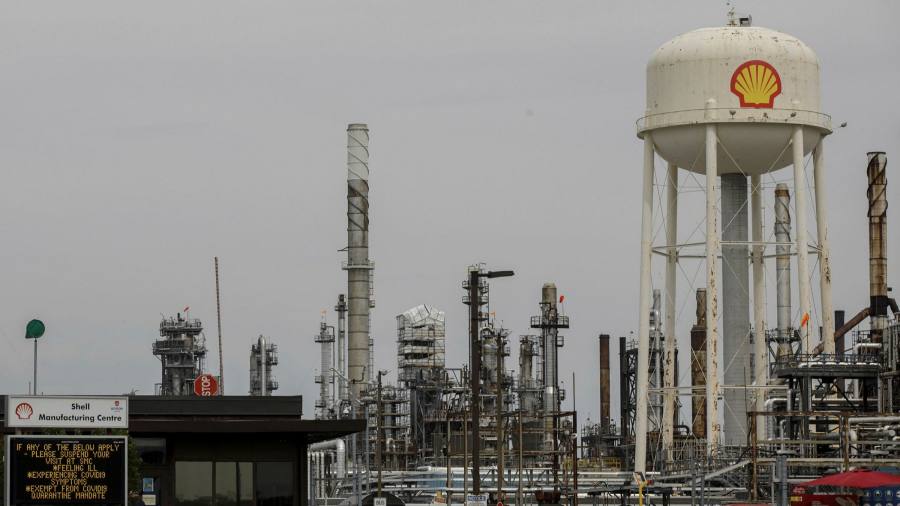 Royal Dutch Shell is to accelerate its plan to cut greenhouse gas emissions after an order by a court in the Netherlands, with the oil major saying it would “rise to the challenge”.

Last month, the District Court in The Hague ruled that Shell must reduce its net carbon emissions by 45 per cent by 2030, compared with the 2019 level. The order affects the company’s entire global business.

Ben van Beurden, chief executive, said in a post on LinkedIn on Wednesday that, as the court’s decision “applies immediately and should not be suspended pending an appeal”, the company would fast-track its plan for the energy transition.

“For Shell, this ruling does not mean a change, but rather an acceleration of our strategy,” he said. “We will seek ways to reduce emissions even further.”

Van Beurden added: “That is likely to mean taking some bold but measured steps over the coming years.”

Judge Larisa Alwin said last month that the ruling in the case brought by environmental campaigners including Milieudefensie would have “far-reaching consequences” for the Anglo-Dutch company, but it was up to Shell how it chose to execute the order.

Alwin had said Shell’s existing climate strategy was not concrete enough and added there was a human rights obligation on the company to take further action.

The targets were part of its ambition to become a net zero emissions business by 2050. Carbon intensity is a measurement of carbon per megajoule of energy sold, rather than an absolute measure of carbon emitted, which is what campaigners have long lobbied for.

Van Beurden said he was “disappointed” that Shell was being “singled out” by a ruling that he believed did little to reduce global carbon dioxide emissions.

Shell has long maintained that attacking energy producers without a simultaneous push to change consumption habits would be a fruitless endeavour in the drive to tackle climate change.

“Imagine Shell decided to stop selling petrol and diesel today,” said Van Beurden. “This would certainly cut Shell’s carbon emissions. But it would not help the world one bit. Demand for fuel would not change.”

He has strengthened the company’s commitment to continue producing fossil fuels, which generates the bulk of the oil major’s cash, saying: “For a long time to come we expect to continue providing energy in the form of oil and gas products both to meet customer demand, and to maintain a financially strong company.”

Malaysias new Cabinet sworn in after appointment as ministers
For the first time, a medical marijuana outlet gets approval by N.J. to begin selling recreational weed
Five reasons why the Georgia Senate runoff matters
Munis better positioned heading into year end
A Look At Bitcoin, Ethereum, Dogecoin Heading Into The Weekend: Did The Cryptos Predict Friday’s Stock Market Bounce?