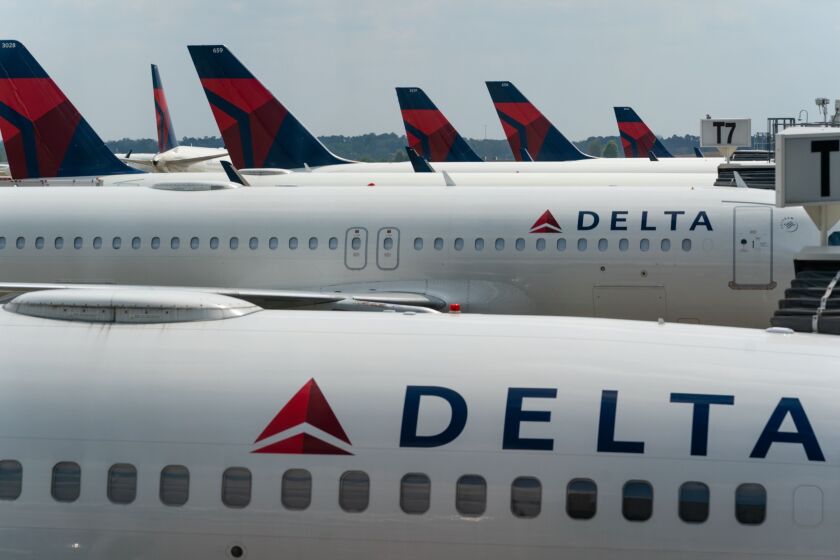 The Wayne County Airport Authority heads into the market Wednesday for a new-money sale riding the tailwinds of a more stable fiscal picture thanks to federal support and rebounding passenger levels.

Projects fall under a five-year capital improvement program and will finance upgrades and improvements to airfield, power and electrical distribution, parking and ground transportation, roadway, and communication assets.

The deal is offered in two series with the first tranche for $131 million not subject to the alternative minimum tax and the second for $32 million subject to the AMT.

The bonds carry an A rating from Fitch Ratings, AA-minus from Kroll Bond Rating Agency, and A1 from Moody’s Investors Service. All assign a stable outlook after Fitch shifted the outlook late last month to stable from negative as part of its deal review.

The airport has about $2 billion of debt, most issued under the senior lien with $122 million under a second lien.

“The outlook revision … reflects the continued progression of passenger recovery to almost 50% of pre-pandemic levels, the effective defensive strategies effectuated by management with the benefit from federal funds, and the airport’s continued importance as a primary hub” for Delta Air Lines, Fitch said. Delta accounted for 71% of the passenger using the airport during 2020.

Full recovery to record 2019 levels of 18.4 million passengers will take a few years but the airport benefits from its hub status and long-term airline agreements that gird financial performance in the near term, Fitch said.

Passenger levels plummeted by 61% to seven million in fiscal 2020 and through the first four months of fiscal 2021 they are on the mend but remained depressed by about 52% from pre-pandemic 2019 levels. Fiscal 2020 airline revenues dropped by 18% to $146 million while non-airline revenues grew 1.9% to $219 million thanks to federal aid in the March 2020 CARES Act.

The airport received $174 million, using about $113 million to offset terminal and landing fees, from CARES and the December 2020 federal package and will use the remainder in fiscal 2021. Additional funds are expected from the American Rescue Plan Act. The airport also cut costs to manage, deferred some projects, and last month opened a one-year $25 million credit line that has not yet been tapped.

The authority was created by state statute in 2002 and operates as a separate legal entity from Wayne County though the county holds fee simple title to the primary airport real estate. The airport is located on 6,255 acres, 20 miles southwest of downtown Detroit and has four parallel north-south runways and two cross-wind runways and two terminals.