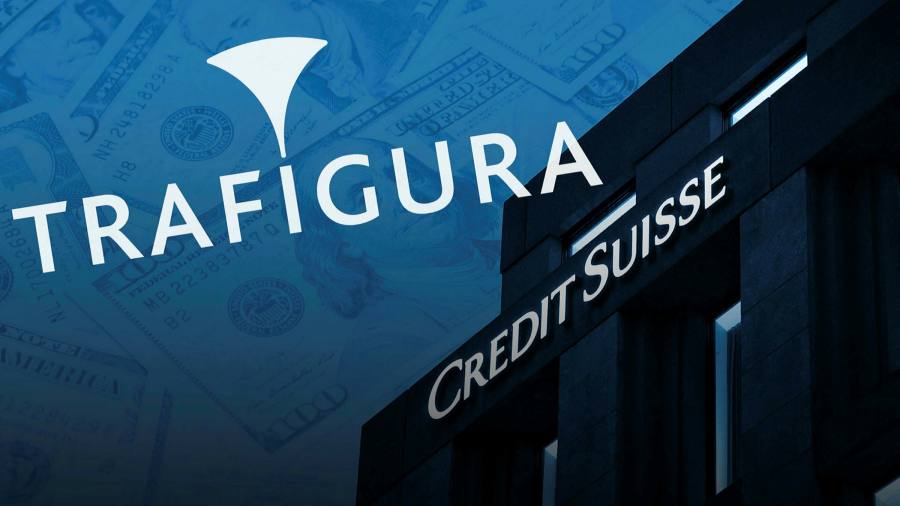 The collapse of the $10bn suite of Credit Suisse funds, which packaged up invoices linked to the failed supply-chain finance specialist Greensill Capital, has enraged clients of the Swiss bank who poured billions into them.

Credit Suisse has warned that $1.2bn of debt linked to metals magnate Gupta, one of Greensill’s largest former clients, may prove hard to recover. Greensill, which was once one of the UK’s most highly valued financial start-ups, counting former prime minister David Cameron as an adviser, filed for administration in March.

Trafigura raised the alarm with Credit Suisse in July 2020 over a so-called receivable listed in one of the supply-chain finance funds’ annual accounts, according to three people briefed on the matter. The receivable indicated that Trafigura owed money to Gupta’s Liberty Commodities, his main metals trading business founded nearly 30 years ago and part of his GFG Alliance.

Before its implosion in March, Greensill would lend money to clients, including Liberty, and take invoices from their suppliers or customers as collateral. The loans were then bundled into investments and sold on to funds, chiefly those run by Credit Suisse.

The fund accounts in question indicated that Liberty Commodities had raised financing from Greensill against a $30m invoice to Trafigura, one of the world’s largest commodities trading houses. This meant investors in the Credit Suisse funds should have earned a return when Trafigura paid the invoice.

However, Trafigura executives told bankers at Credit Suisse that they did not believe this invoice was genuine, according to the people familiar with the discussions. The warning came as Credit Suisse was in the middle of an internal review of the funds.

According to two people familiar with the matter, Credit Suisse executives then approached Lex Greensill, the founder of the eponymous finance firm, who explained that he believed there had been a misunderstanding around what the fund filings represented.

The revelation of Trafigura’s intervention comes as the level of due diligence Credit Suisse performed on the funds draws increasing scrutiny. Multiple class-action lawsuits bringing together dozens of wealthy investors in the funds are gathering pace.

The bank’s own commodities-trade finance division shared their concerns over Gupta with compliance officers after discovering that the funds were investing in notes tied to his business, Bloomberg reported last week.

The FT reported in April that loans to Liberty Commodities from Greensill were made on the basis of suspect invoices. The UK’s Serious Fraud Office announced last month that it had launched an investigation into suspected fraud and money laundering at GFG, including its “financing arrangements” with Greensill.

GFG has denied wrongdoing and pledged to co-operate fully with the SFO probe.

In an April letter to the FT, Gupta explained that Greensill allowed his business to raise funding against a “potential customer of Liberty Commodities”, as facilities from Greensill allowed for “prospective” or “future” receivables.

However, a document Credit Suisse sent to fund investors in April shows that Liberty Commodities did not have a so-called “future receivables” facility, meaning that financing could only be raised against existing invoices.

A December 2019 document, seen by the Financial Times, from GFG also states that Liberty Commodities had a regular “accounts receivable” facility, in contrast to the “future receivables” facilities Greensill provided to some of his industrial businesses.

The FT has previously reported that several European metals businesses listed on invoices from Liberty Commodities deny ever doing business with Gupta’s group. GFG has previously denied wrongdoing in response to the FT’s reporting.

In contrast to these companies, Trafigura has in recent years had a multipronged relationship with Gupta, who began his a career as a commodities trader before buying metals plants.

Aside from purchasing metal from Gupta, the commodity trading house also provided part of a $350m loan backing his purchase of a French aluminium smelter in 2018.

Trump Will Run For Office In 2024 But May Not Stay In The Whole Time, Says Book Author: ‘He’s Backed Himself Into A Corner’
How Bitcoin mining saved Africa’s oldest national park from bankruptcy
Brussels urged to rein in Ukraine’s ‘unrealistic’ EU hopes
UBS trims banker ranks
7-year-old boy mauled to death by pack of dogs, vicious attack sends mother into emergency surgery