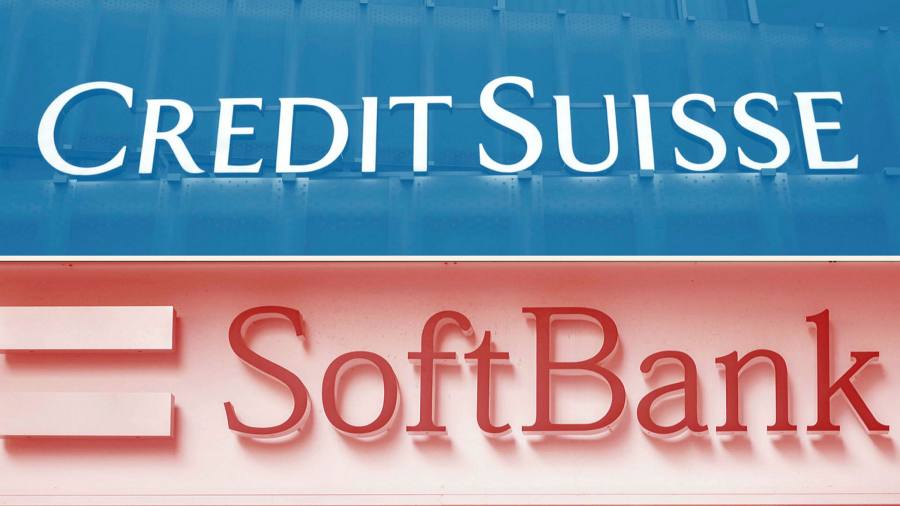 Credit Suisse is preparing for litigation against SoftBank after the collapse of Greensill Capital soured the relationship between the Swiss bank and one of the world’s largest tech investors, according to people briefed on the plans.

The move comes as the Swiss lender scrambles to appease angry clients who stand to lose as much as $3bn following the failure of Greensill, whose largest investor was SoftBank’s Vision Fund.

The dispute centres on $440m in funds that the bank’s wealthy customers are owed by Katerra, a struggling US construction group that was a Greensill client. It was also backed by the Vision Fund.

Katerra was included in the Credit Suisse’s dedicated suite of Greensill supply chain finance funds, which packaged up invoices into investments and marketed them as low-risk. The funds ballooned to $10bn in size before the bank suspended them in March, helping precipitate Greensill’s collapse.

The Financial Times earlier this year revealed that when SoftBank agreed to provide an emergency cash injection into Greensill in November 2020 to cover debts at Katerra, the money did not reach the Credit Suisse funds as intended.

The Swiss bank has launched a wide-ranging probe into the failure of its Greensill funds, which is examining what information was shared by the finance firm and SoftBank, including on Katerra, with the Credit Suisse managers running the funds.

“The question is, what did SoftBank know?” said a person with knowledge of the Swiss bank’s plans. “[The dispute] could potentially end up in the courts.”

SoftBank’s Vision Fund has instructed law firm Quinn Emanuel to defend it against any claims linked to Greensill, according to a person familiar with the matter.

The recriminations between the Swiss lender and SoftBank, a leading client, has already led to an informal ban on Credit Suisse bankers dealing with the Japanese group over the past six weeks, according to two people with direct knowledge of the matter. The ban was first reported by Bloomberg.

The dispute may be resolved before both sides take to litigation, said people briefed on the situation.

The threat of a lawsuit comes as Credit Suisse clients press the bank to compensate them for losses from the funds, which were launched in 2017. Several class action lawsuits bringing together dozens of wealthy investors in the funds are gathering pace.

The bank has so far returned $4.8bn and plans a further repayment in the coming days. However, it has flagged that $2.3bn of fund assets will be hard to recover, including $440m from Katerra, $1.2bn from UK industrialist Sanjeev Gupta and $690m from Bluestone Resources, a US coal mining business owned by West Virginia governor Jim Justice.

Justice on Tuesday confirmed that he personally guaranteed nearly $700m in loans that his coal companies took from Greensill, who he is suing in a federal court in Manhattan.

The bank’s clients have also raised questions over Credit Suisse’s relationship with SoftBank, according to people with knowledge of the discussions, since the FT revealed last summer that the Japanese company was involved in a circular-financing arrangement involving the Greensill funds.

January job growth is forecast to slow slightly, but the impact from big corporate layoffs is uncertain
4.5-Acre Oceanfront Maui Property Hits The Market For $5.5 Million
Options Trade Idea (Butterfly) – $100 Trade on Tesla TSLA with 48% Return Potential
Chinese spy balloon a spanner in US-China ties, but lines of communication stay open
What we learned about the US economy this past week