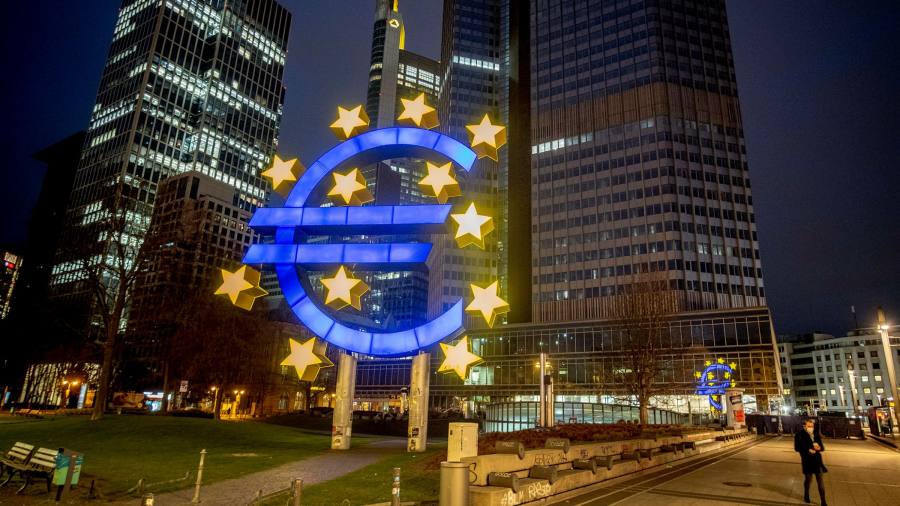 Eurozone inflation rose to 2 per cent in May, the first time the rate has surpassed the European Central Bank’s target in more than two years, complicating policymakers’ decision next week on whether to maintain its ultra-loose monetary policy.

The jump from 1.6 per cent in April followed an even sharper acceleration of consumer price growth in the US. The Eurozone increase is likely to fuel investor anxiety that central banks will bring forward the winding down of the vast monetary stimulus they launched last year in response to the coronavirus pandemic.

The ECB’s governing council will meet next week to decide whether to adjust its monetary policy — including its recently accelerated pace of bond-buying — in response to signs that economic activity and prices are rising as Covid-19 lockdown measures are eased.

Eurozone inflation has rebounded after several months below zero last year, prompting most economists to forecast it will this year exceed the ECB’s target of close to, but below, 2 per cent.

However several ECB policymakers, including its president Christine Lagarde, have said the recent surge in inflation is only a temporary phenomenon, driven by one-off effects, and predict it will fade next year. They argue that this means the central bank’s policy should remain highly accommodative.

A 13.1 per cent year-on-year rise in eurozone energy prices was the main factor driving the harmonised index of consumer prices in the 19-country single currency area slightly above expectations to its highest level since October 2018, according to Eurostat.

Core inflation, excluding the more volatile prices of energy, food, alcohol and tobacco, rose more modestly than the headline figure, increasing from 0.7 per cent in April to 0.9 per cent in May. Prices in the bloc’s services sector, which have been weighed down by coronavirus-induced lockdowns, rose 1.1 per cent.

China’s real estate crisis isn’t over yet, IMF says
Off-duty NYPD officer shot in Brooklyn
Options Trade Idea (Butterfly) – $100 Trade on Tesla TSLA with 48% Return Potential
Nationwide protests planned in India as Adani stocks lose $164b or over half their value
Eight Republicans who could challenge Trump in 2024