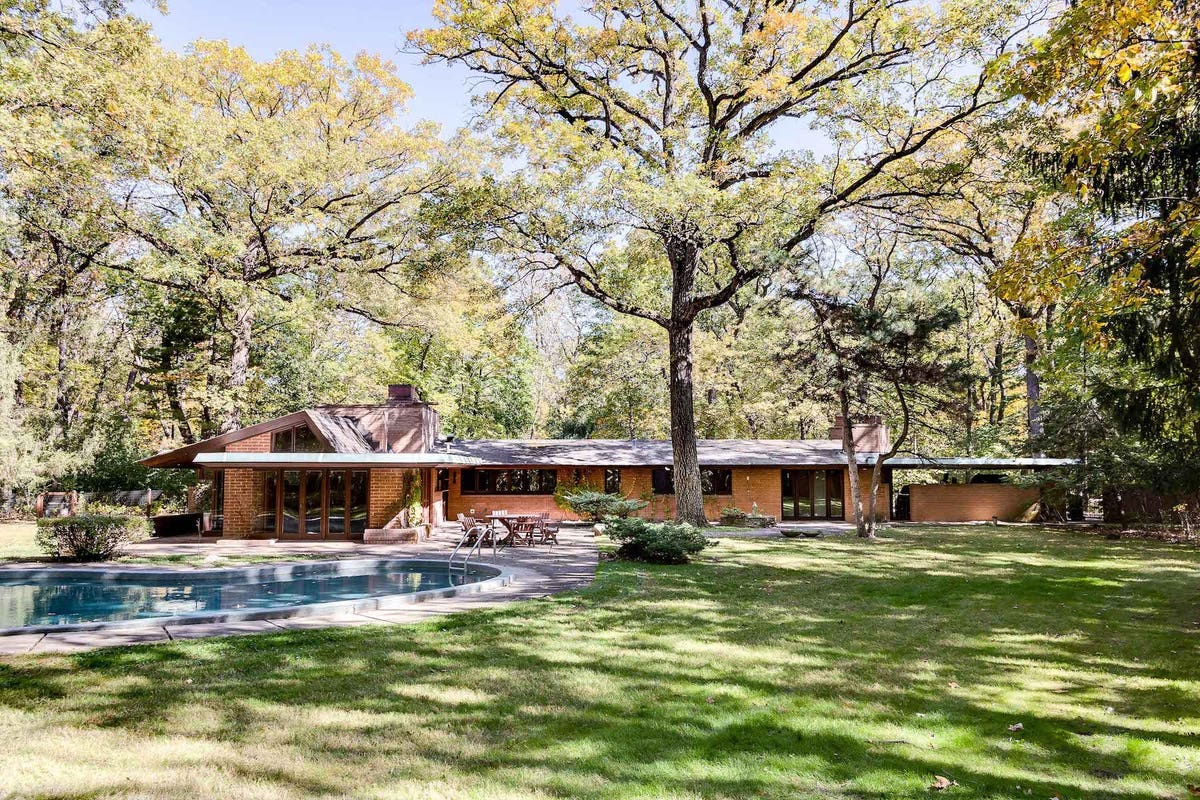 Glenview, Ill.—The John O. Carr House, designed by Frank Lloyd Wright in 1950, is now available for auction, with $1,200,000 as the suggested opening bid (not the asking price).

Prior to being listed in 2020, the house was never listed publicly and only transferred ownership once, when it was purchased in 1965 by architect Edward Busche from original owner, John O. Carr. A distinguished architect in this own right, Busche added three additions to the home in 1981 to increase living space, meticulously adhering to Wright’s blueprints and material choices to create seamless transitions between his updates and Wright’s original designs.

According to Global Real Estate Advisor and Broker, Erica Goldman of Jameson Sotheby’s International Realty, the property was moved from a public real estate listing to auction “to get [it] in front of a larger audience, potentially a larger art collector/investor audience who may better understand and appreciate a purchase of this type.” Goldman adds that their team “spent quite a few months on the traditional market and had a few offers which ultimately did not meet the seller’s number,” further noting that this is a “strategic” move implemented for a listing such as the Carr House that doubles as “a work of art.”