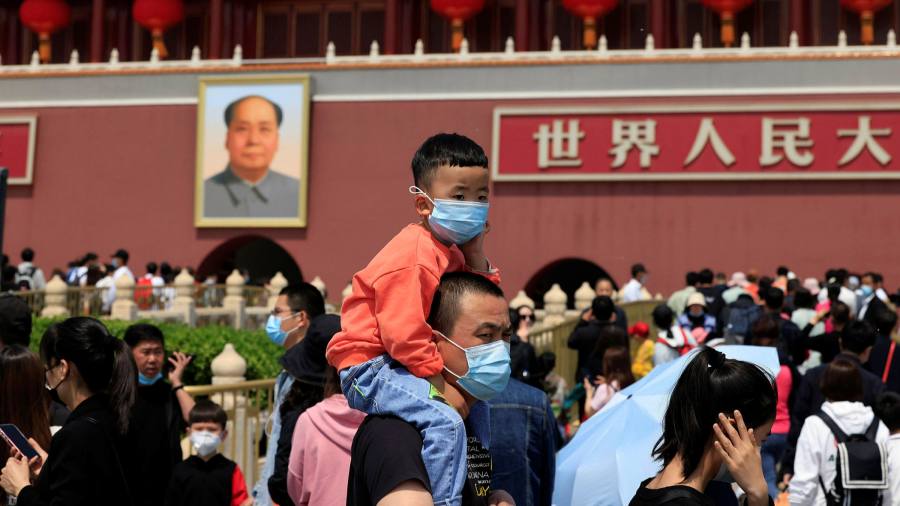 China will allow couples to have three children, ignoring calls to scrap its historic family policies entirely in the face of a looming demographic crisis after Beijing reported the population grew at its slowest rate in decades.

Xinhua, China’s state media agency, said the Communist party’s politburo, comprised of its 25 most senior officials, had concluded that the new “three-child policy” was intended to “actively address the ageing population, and maintain China’s natural advantage in human resources”.

Experts, the public and even China’s central bank have called for the government to abolish birth limits entirely after the census published this month showed the population added 5.4 per cent from 1.34bn in 2010 — the lowest rate of increase between censuses since the People’s Republic of China began collecting data in 1953 — and births declined sharply.

But Beijing has been unwilling to break with the decades-old population control apparatus that enforced a widely unpopular one-child policy, often employing brutal means, including forced abortions and sterilisations.

In the past five years, China’s fertility rate has fallen sharply to 1.3 births per woman, one of the world’s lowest. The two-child policy, introduced in 2015, had little impact on increasing births.

Demographers say that rising incomes, urbanisation and the cost of raising children has led to a decline in fertility rates that will be extremely difficult to reverse.

The announcement of the three-child policy was met with a swift backlash on social media, despite widespread censorship of government criticism.

“I recommend you first resolve the fundamental problems of child support plus . . . the unfair treatment of women in the workplace, before asking them to have children!” read the most-liked response under the Xinhua announcement on Weibo, the microblogging platform.

“So many of us were the only child in our generation. Back then [the government] fined us. Now they want us to raise four ageing parents plus three children . . . only in your dreams,” read another reply.

Munis firmer across the curve, outflows return
Adani's 10b rupee bond plan collapses following market rout
DeSantiss record on COVID-19: Heres what he said and did
Nationwide protests planned in India as Adani stocks lose $164b or over half their value
Suspected Chinese spy balloon flying over the US; potential second incident in Canada