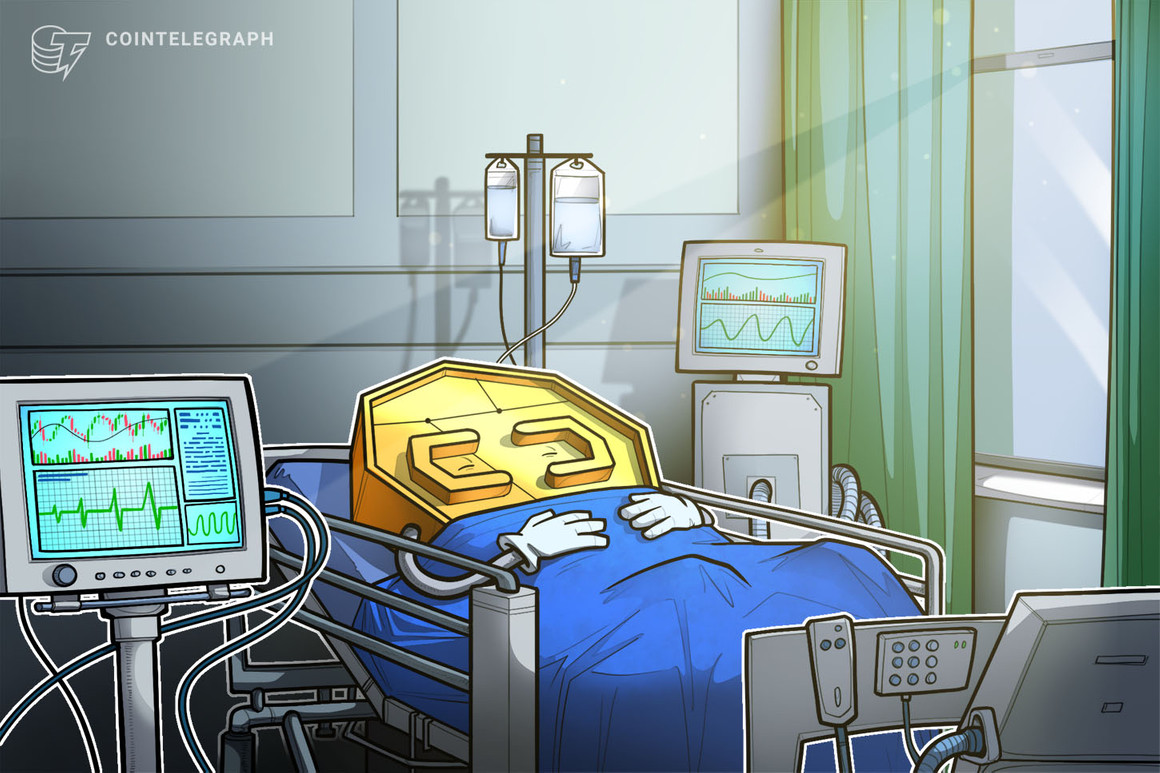 Bitcoin (BTC) led the entire cryptocurrency market through a tumultuous period after the majority of the cryptoverse was painted red on May 19, a day now also referred to as “Black Wednesday.”

BTC’s price fell below $40,000 for the first time since it blew past the resistance level on Feb. 9 on the back of the news of Tesla purchasing $1.5 billion worth of BTC while also announcing that it would begin accepting Bitcoin as a payment method.

The irony of this crash in the price of the flagship cryptocurrency is that the trigger for the meltdown was Elon Musk opining over concerns of Bitcoin’s energy consumption, and his firm, Tesla, withdrawing its acceptance of Bitcoin as payment. Cointelegraph discussed more on this with the Market Insights team of OKEx, a cryptocurrency exchange. A spokesperson elaborated on these events, saying they were merely triggers to shake an overheated market:

“We had seen significant rallies in altcoins despite BTC facing continued downward pressure, and any hint of pessimism was enough for market participants to start selling their assets in a bid to lock profits or cut losses. The high volatility and sudden price shocks also meant that a lot of leveraged long traders were liquidated, resulting in further losses and a sharper price drop.”

Another factor that extended the market crash was China ramping up the ante against Bitcoin mining and trading activities. The news came as part of a general clampdown on illegal activities around securities in a bid to sustain the stability of stocks, bonds and forex markets by the State Council’s Financial Stability and Development Committee.

Needless to say, both Bitcoin and Ether products dominate the crypto derivatives space due to the sheer prominence of these tokens. While price discovery of an asset is highly dependent on the futures market, unexpected price movements often lead to huge losses for the investors involved.

The crash led to huge liquidations

The Bitcoin futures market has seen enormous growth in 2021 along with the increase in the spot price. Open interest in exchange-traded BTC futures hit an all-time high of $27.68 billion on April 13. But amid the market crash, the open interest crashed nearly 58% to reach a 90-day low of $11 billion on May 23.

The OKEx Insights team further elaborated, “About $8.61 billion of positions were liquidated across derivatives exchanges on Black Wednesday.” As the result, OI dropped from $2.1 billion to $1.3 billion on OKEx. The spokesperson added, “As of now, no significant rebound in open interest is visible, indicating that the market is lacking confidence.”

The open interest in the BTC options market also saw a similar drop on May 23. It reached a 90-day low of $6.66 billion, a 55% drop from its all-time high of $14.77 billion on March 18. Luuk Strijers, chief commercial officer of crypto derivatives exchange Deribit, told Cointelegraph:

“BTC and ETH crashing caused implied volatility levels and thus options premiums to spike massively. Market makers adjusted their prices as realized vol was higher than implied vol. As most large clients use our advanced portfolio margining system, liquidations would typically not happen at these elevated levels, as we would delta hedge instead.”

A look at the Deribit Implied Volatility Index (DVOL) provides insight into the forward-looking volatility. It gives the 30-day annualized expectation of volatility. Strijers further elaborated how DVOL could’ve been used as a precursor for the markets. He said, “DVOL would have been a good indication of the turbulence to come. Around midnight on Wednesday preceding the drop, the DVOL started increasing.”

The downward trend of BTC’s price can be traced back to May 12, when Bitcoin dove below $50,000. The OKEx Insights spokesperson further commented on this trigger by saying that the tweet by Musk has “struck a lot of fear into the crypto market,” adding, “The premium of quarterly futures declined from 3.5% to less than 1%. This indicated that the futures market was very cautious and did not expect much price appreciation.”

On the other hand, OKEx’s long-short ratio, an indicator of retail sentiment for the token, stayed very high leading up to the sell-off triggered on Black Wednesday. This divergence from the usual trend suggests that the price would move in a direction unfavorable to retail investors.

Shane Ai, who is responsible for product research and development of crypto derivatives at Bybit — a cryptocurrency derivatives exchange — explained to Cointelegraph:

“Option markets intensified the sell-off, especially as BTC prices broke below the 45K region and heavy put seller liquidations were seen. This resulted in 1) a massive spike in IV across all durations; and 2) the entire futures term structure being sold below to levels at par to or below spot.”

Nearly $3 billion options expire on May 28

As the cryptoverse sees a much-awaited rebound, Bitcoin and Ether briefly went past the $40,000 and $3,000 mark, respectively, on May 26. Ai further spoke on the factor driving this: “The rebound was catalyzed by enormous spot buying pressure — as seen from Coinbase premiums spiking above 7% as we headed into U.S. trading hours — amidst funding rates sustaining at negative levels over subsequent intervals.”

According to data from CoinOptionsTrack, the max pain price for the BTC options expiry is $50,000. Max pain price is the price where the largest number of options contracts are in loss. The largest open interest comes from put options with a strike price of $50,000 followed by puts with a strike price of $40,000. There could be a slight recovery in prices leading up to the expiry, but the current market sentiment does not back such a move.

Strijers further mentioned, “A lot of calls will expire OTM [Out of The Money]; put buyers will see that their hedges or speculative puts have brought the protection they were looking for. An interesting level to monitor could be the 40K level with 2K put open interest.”

As the price of Bitcoin currently hovers around the $40,000 range, it will be interesting to watch the aftermath of the expiry and the impact on the price of the asset. As BTC’s volatility hit a 2021 high recently, there is a possibility that further large movements in price can be expected.