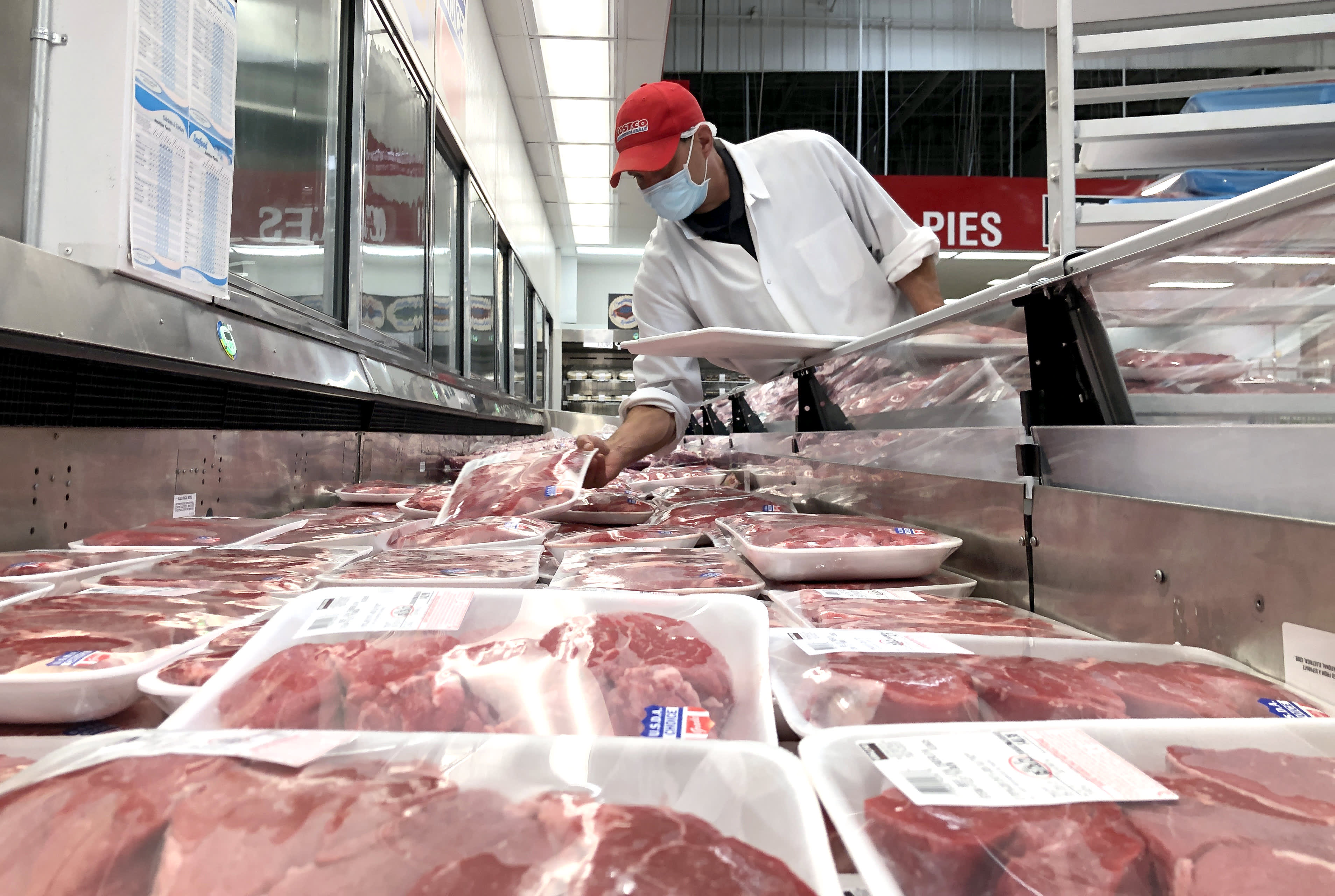 Investing
A butcher stocks a display case with packages of steaks at a Costco store on May 24, 2021 in Novato, California.
Justin Sullivan | Getty Images

The big-box club chain said it’s been seeing accelerating prices across a range of products, including shipping containers, aluminum foil and a 20% spike in meat prices over the past month.

“These include higher labor costs, higher freight costs, higher transportation demand, along with the container shortage and port delays … increased demand in various product categories some shortages, various shortages of everything from chips to oils and chemical supplies by facilities hit by the Gulf freeze and storms and, in some cases, higher commodity prices,” he added.

Costco reported a profit of $2.75 a share for the period, well above Wall Street estimates. It also saw revenues of $45.3 billion that also beat the Street, which had been looking for $43.6 billion.

Beneath those numbers, though, was a story of how higher prices across the board impacted the chain.

On the plus side, there was a boost from gas inflation as prices at the pump have soared about 30% nationally this year. In other cases, it wasn’t so simple.

Like other companies, Costco wrestled with passing costs onto customers. The firm expects there could be some margin pressures, though the degree remains to be seen and there haven’t been any significant impacts so far.

Economists largely see the current spate of inflation – one closely followed gauge released Friday estimated the annual pace at 3.1% — as temporary. They list many of the same factors as Costco executives, mainly a string of supply chain issues that have caused spikes in products core to the U.S. economy and household consumption.

Galanti cited price increases as high as 8% and cited goods including pulp and paper, an assortment of plastic products as well as soda and cheese. Some apparel items saw price hikes of 3% to 10%.

“Some items are up more and some items, the sale prices haven’t yet changed. And some items are even down a little bit,” Galanti said. “We think, again, we’ve done pretty well in terms of controlling that as best as we can, but the inflation pressures abound.”

Costco has worked with its supplies to keep a handle on price pressures. But Galanti conceded that “some of [inflation] has passed through.”

In the future, he said items like the warehouse’s $4.99 rotisserie chicken and $2.99 40-pack case of water could be impacted.

This article was originally published by Cnbc.com. Read the original article here.