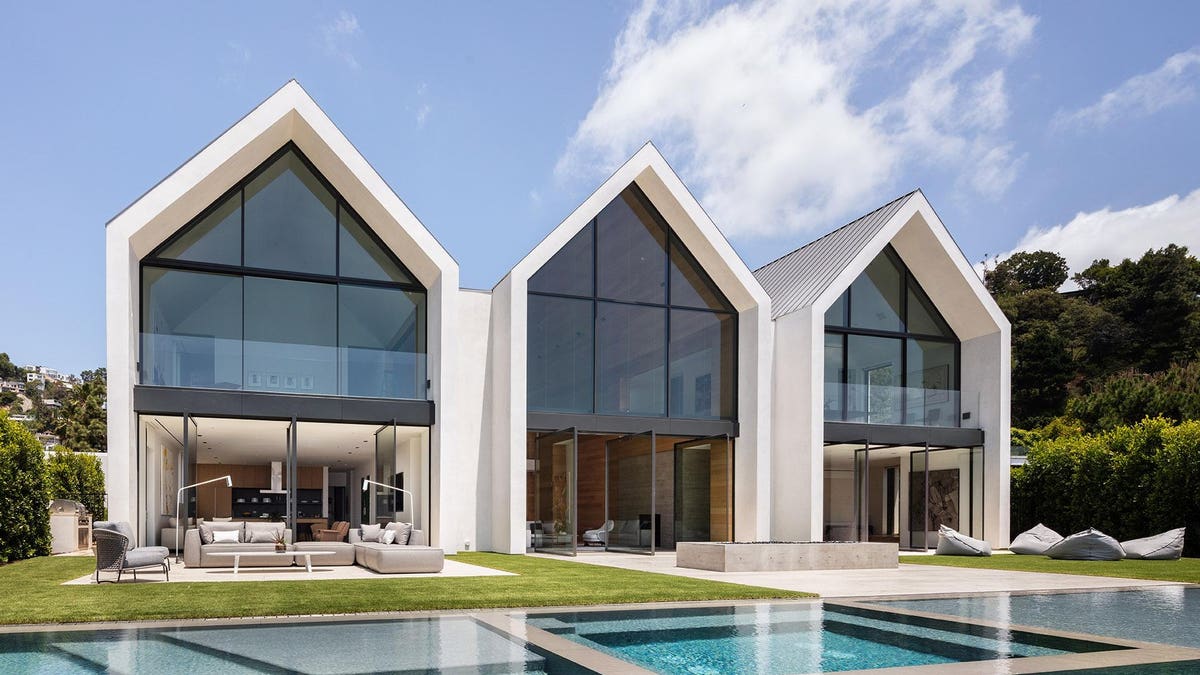 In a sea of flashy amenities and larger-than-life mega-mansions, it can be challenging to stand out in Los Angeles’ speculative development scene. But one development firm is redefining the idea of luxury living in L.A. by leveraging a highly bespoke approach.

Viewpoint Collection is a premier real estate developer that works with the most renowned architects and interior designers to deliver the highest quality of home. The development firm launched in 2019 and has had a hand in some of the most significant sales since, including the prized Owlwood estate, which traded in late 2020 for $88 million.

Top-producing Hilton & Hyland agent Drew Fenton was part of the Owlwood sale and credited Viewpoint Collection for what he describes as a “major milestone” for the Los Angeles market.

“Working together with the outstanding team at Viewpoint, we were able to achieve the highest sale in Holmby Hills last year with Owlwood,” Fenton says.

Jeff Hyland, co-founder and President of Hilton & Hyland, believes Viewpoint is developing some of the most iconic estates in Los Angeles today. “We have the highest respect for them and look forward to what’s to come,” he adds.

Looking at what’s to come, it’s hard not to get excited. Viewpoint Collection is slated to bring more than a quarter-billion-dollar worth of properties to the market this year. The projects—all singular designs—range from jaw-dropping Modernist projects in Beverly Hills to custom contemporaries in Bel-Air and Hollywood Hills. The centerpiece of the portfolio, priced at $72 million, is an architectural marvel encompassing more than 30,000 square feet in Bel-Air.

Frederick Chin, who serves as Chief Executive Officer for Viewpoint Collection, explains that high-end real estate in today’s market requires a very bespoke approach. “There is a lot of wealth in the marketplace. Homeowners who own property across the country or the world are very well-traveled—they can tell the quality.”

Chin recently sat down to discuss Viewpoint Collection, the state of luxury real estate in Los Angeles, and how his company intends to redefine the luxury experience.

Tell us a little about the landmark Owlwood sale. What was going on behind the scenes?

FC: With Owlwood, we felt it was a unique property that someone had to look at 10 acres and say, “I’ve got one of the largest pieces in the inner city of L.A. that I can do something with.” There were a lot of tire-kickers, very wealthy tire-kickers. But I think it required [a buyer] with more of a vision as opposed to someone buying the Hollywood mansion, someone who could see the totality of the property in the context of its location next to the Los Angeles Country Club. It took a lot of work [to sell], finding the ‘needle in the haystack’ person that could appreciate it fully. I think that’s common throughout all our portfolio.

Do you think Los Angeles has become a world-class destination?

FC: I’ve heard this throughout my whole career: “Los Angeles is a world-class city.” L.A. continues to evolve in a way that I think does justify [the label]. Compared to other world cities, Los Angeles is very stable. It’s priced affordably compared to other world-class cities, and the environment and climate play a big part in that. For people traveling the world and who have residences around the world, L.A. is a logical step-up, and more and more people—young and old—are exploring it.

How does Los Angeles stack up against other global hubs?

FC: The distribution networks for people conducting business is so much easier now, and I think it does redefine what people want [in terms of how they want to live]. Considering land, views and good weather, it’s hard to negate Los Angeles compared to other options such as San Francisco or New York or London or Paris. The economic base [in L.A.] is even more robust than it has ever been before. It’s much easier to make a long-term investment when you see that sort of stability.

Each of your projects has its style and personality. How do you find the perfect fit for each design?

FC: It’s all dictated by the land. First, it’s what sort of siting we have, whether it’s city views or mountain views. Then, we let the architects come up with a creation, their vision of placement, style and livability. If you look at some of the vintages of modern homes from five years ago, it was all blacks, reds and polished chrome. Today’s modern home is all natural: it’s woods, it’s more neutral colors, it’s lots of skylights.

With the Forest Knoll project, one of the key elements we wanted to capture was the California lifestyle. When building the home, we realized that the positioning was towards the south, meaning it’s all sunlight. So, we thought to ourselves, ‘how can we maximize that’? We’re trying to create a more timeless product, and our architects have done a good job of it.

What’s next for Viewpoint Collection?

FC: We have six houses that are under construction right now that will be done this year. Each of the homes was designed by a signature architect, either locally or nationally. On Saint Cloud Road in Bel-Air, we have a 30,000-square-foot project that local firm Bulli Architecture designed. It’s a very unique site with a view and prestige within the Bel-Air Country Club area. It’s going to have two separate living areas, a guest house and a main house.

We have had a couple of projects on Carla Ridge, including a big one that we sold last year to an international billionaire. At 638 Carla Ridge, we have a very unique property coming up. It has the view of Bel-Air Country Club, it has a view of the city, and it’s a more modern design. There’s also 1484 Carla Ridge, which is a very unique view site where we are building a modern home with lots of livable square footage for the Trousdale area. Also down the street is 1520 Carla Ridge, which was designed by Noah Walker, who has worked on some pretty significant developments.

How important is it for Viewpoint to work with the world’s top architects and designers?