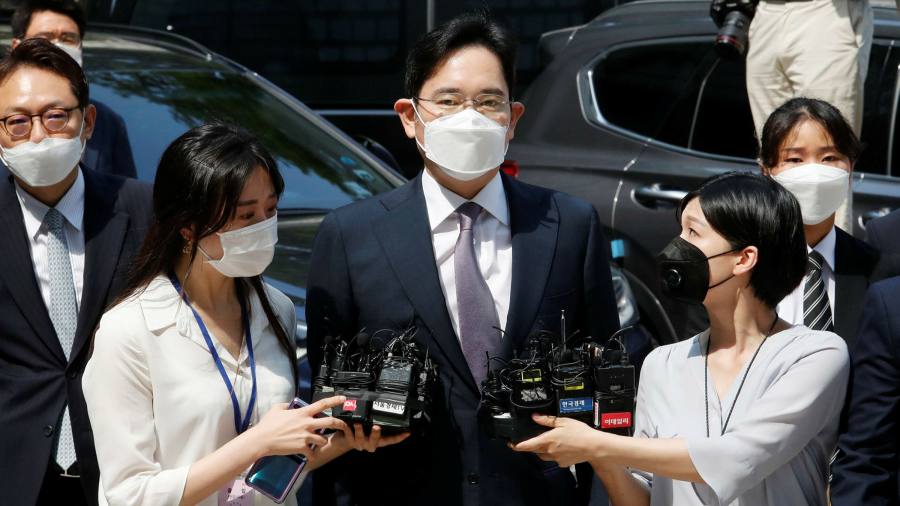 Samsung is weighing multibillion-dollar investments in new semiconductor facilities in the US, with the Seoul-based group considering sites in Austin, where it already has one chipmaking factory, as well as Phoenix and New York.

In the wake of the economic disruption wrought by the coronavirus pandemic, the US government and businesses are desperately trying to localise supply chains for crucial technologies, including semiconductors.

Among the early initiatives of his presidency, Biden unveiled a $50bn plan to boost the US semiconductor industry. But the focus on resurrecting America’s self-sufficiency in computer chips has intensified after a global shortage in chips used in cars has begun to hit other industries, too.

The American Chamber of Commerce in Korea warned Moon, however, that South Korea’s status as a strategic partner to the US was at risk if Samsung, the world’s biggest chipmaker, was not more fully engaged in supporting Biden’s efforts, according to a letter seen by the Financial Times.

“We believe that a pardon of the most important executive of Samsung is in the best economic interest of both the US and Korea,” James Kim, the chamber’s chief executive, told the FT.

The calls coincide with Moon’s trip to Washington for a summit with Biden, with the two due to meet on Friday.

Lee is serving 18 months behind bars for bribing Park Geun-hye, the former president, in what prosecutors and critics said was a scheme designed to secure his control over the Samsung group, South Korea’s biggest company. South Korea’s richest man faces further charges allegedly linked to his succession.

While the 52-year-old remains in control of Samsung from his prison cell on the southern outskirts of Seoul, the strictly hierarchal nature of the family-controlled business means some dealmaking capability is constrained, critics said.

Presidential pardons for convicted business and political leaders have been a common feature of South Korean politics. For decades the heads of many chaebol families, the powerful business elite, avoided imprisonment or had sentences reduced by pardon. In 2015 Chey Tae-won, head of SK Group, South Korea’s third-biggest company, was pardoned by Park.

However, pardons divide South Koreans deeply and before becoming president Moon vowed to end the practice.

Compounding Moon’s predicament is that his two immediate predecessors, Park and Lee Myung-bak, are also behind bars for bribery and corruption. Their supporters have also sought pardons.

The American Chamber of Commerce in Korea, which has about 800 member companies, is “non-political” and is joining many South Korean business and industry groups in seeking Lee’s early release, Kim, the chief executive, said.

Beyond economic co-operation, Moon and Biden are expected to discuss North Korea’s nuclear weapons and sanctions, coronavirus vaccines and regional security in response to threats posed by China.