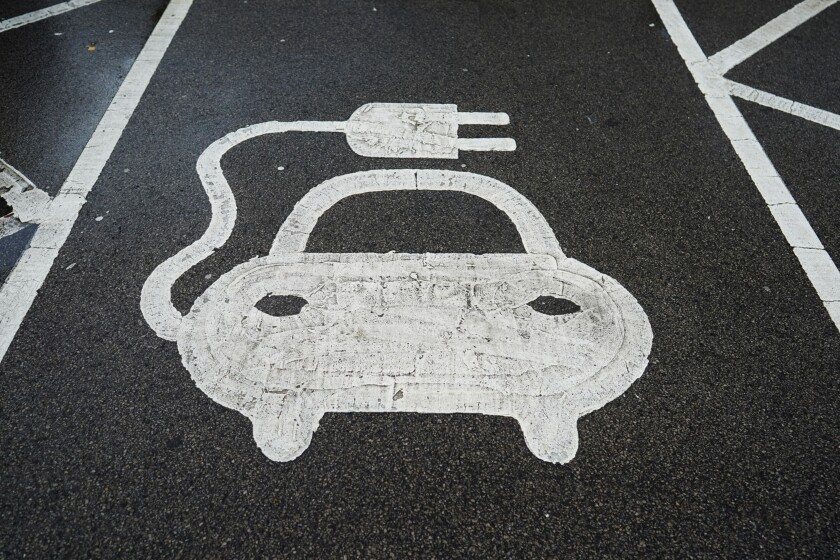 A new annual fee for electric cars and light trucks could become part of a bipartisan deal between congressional Republicans and the White House on a larger infrastructure package.

Although the fee would only be a small revenue producer over the next few years, electric vehicles, also known as EVs, are a fast growing segment of the American market.

Only 1.6% of the shortfall in the federal Highway Trust Fund would be closed if the federal government begins collecting an annual fee on electric cars and light trucks.

That’s the estimate from the nonpartisan Congressional Budget Office in response to a recent inquiry by Senate Environment and Public Works Committee Chairman Tom Carper, D-Del.

Carper requested the CBO analysis as part of his effort to ensure all users contribute to the cost of maintaining the nation’s highways.

Lauren Schapker, vice president for legislative affairs at the American Road & Transportation Builders Association, said in an email Monday that EV fees could be part of a bipartisan agreement with the White House on infrastructure.

“Republicans would like to see EV fees be a part of an infrastructure package,’’ Schapker said.

The problem is that President Biden has pledged to not raise taxes on households earning less than $400,000 annually.

“With all of the parallel discussions around EV incentives, you could see a situation where the incentives could be seen as an offset for a new EV fee,” Schapker said. “As the CBO report indicates, it would certainly be easier to implement one now, with so few EVs on the road, compared with what the vehicle mix will look like 5-10 years from now.”

CBO estimated the annual fee for EVs could generate $1.1 billion in revenue through 2026 if it began being imposed at the start of the 2022 fiscal year on Oct. 1.

The $100 annual fee would be equivalent to what drivers of conventional light duty vehicles currently pay annually in federal gas taxes.

The CBO estimate is based on a fee that applies to both plug-in hybrid electric vehicles and those that run solely on battery power.

“In addition, the estimate does not account for the cost of the administrative and auditing systems that would have to be in place once the fee went into effect,” CBO said. “The development of such a framework would take time and funding. Outreach to owners of electric vehicles would be necessary as well.”

Electric vehicles accounted for 7.8% of total first quarter car sales in the United States compared to the same three months in 2020, according to Cox Automotive.

A growing number of states are levying annual fees on EVs as well.

Fourteen states also have a fee on hybrids and at least five states index their fees to increase over time, ARTBA said.

The annual fee for EVs has some urgency this year because the Highway Trust Fund is facing insolvency.

All funding for the federal highway program and 80% of the public transportation program historically have been funded with revenues from the Highway Trust Fund.

“These revenues are raised from a combination of fuel, truck, and tire taxes, with the fuel taxes providing 85% to 90% of the money in recent years,” according to the Congressional Research Service. “The excise taxes on gasoline and diesel are fixed in terms of cents per gallon (18.3 cents for gasoline and 24.3 cents for diesel).”

The U.S. Chamber of Commerce has led a coalition of groups that advocate a 25 cents per gallon increase in the federal gasoline tax, noting it has not been raised since 1993.

Congress, however, has not been able to agree on a gasoline tax increase and has spent $157 billion from the Treasury general fund to keep the HTF solvent.

CRS estimates, “A 1-cent-per-gallon increase in federal motor fuel taxes would raise roughly $1.7-$1.8 billion a year for the HTF. Based on current fuel use, an increase of 10 to 15 cents per gallon would be required to fully fund highway and public transit programs at their current levels.”

An alternative approach would be to create a vehicle miles traveled tax.