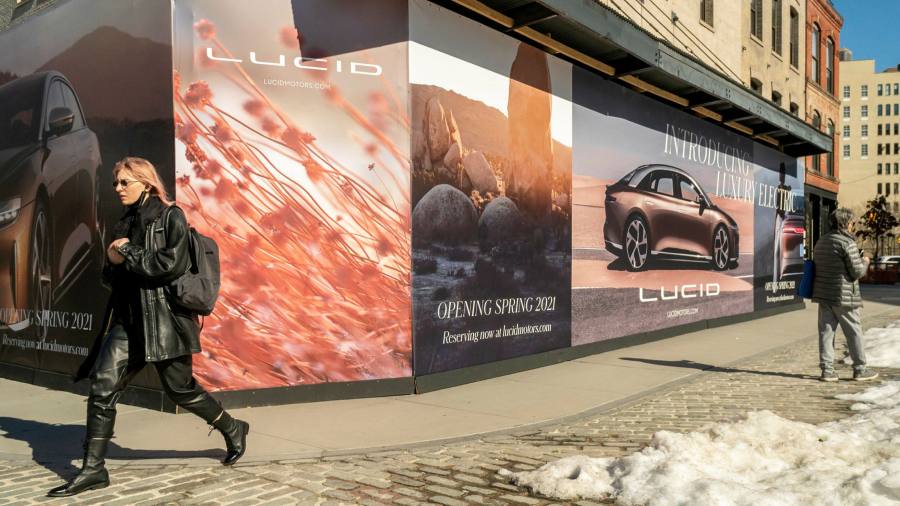 Global dealmaking activity had its strongest start to the year in four decades, fuelled by a flurry of US acquisitions and Spac mergers, even as the global economy reels from the impact of lockdowns and coronavirus restrictions.

Deals worth $1.3tn were agreed in the three months to March 30, more than any first quarter since at least 1980 and topping even the heady levels of the dotcom boom at the turn of the millennium, according to figures from Refinitiv.

The data underscore the scale of the rebound in dealmaking activity after it plummeted a year ago in the early days of the pandemic. US-based deals were responsible for much of the frenzy, rising 160 per cent compared with the first quarter of 2020.

“The rebound from a year ago is more dramatic than anything we’ve ever seen in M&A recovery — full stop,” said Cary Kochman, co-head of global mergers and acquisitions at Citi. “It is just unprecedented.”

The rush has propelled investment banks to their most lucrative quarter in at least 20 years, bringing in more than $37bn in total fees.

Several of the largest deals involved special purpose acquisition companies, or Spacs. In the US, the value of Spac combinations totalled $172bn, accounting for more than a quarter of the total value of all deals.

Spacs are also taking on bigger acquisitions with the largest deal to date agreed in February when Tesla rival Lucid Motors said it would go public in a $24bn merger with a blank cheque company controlled by veteran dealmaker Michael Klein. This month online broker eToro announced a $10bn transaction to go public with a Spac set up by banking tycoon Betsy Cohen.

The record start to the year has been driven by a number of mega deals, including General Electric’s $30bn agreement to sell its aircraft-leasing business to Irish rival AerCap as well as Canadian Pacific’s takeover of Kansas City Southern in a near $29bn deal. A move by Apollo Global Management to merge with Athene Holding, the life insurance company it created during the financial crisis, was among the largest private equity deals.

Kevin Brunner, who co-leads Americas M&A at Bank of America, said video conferencing has made dealmaking much more efficient. “You can do three or four meetings in a day without having to travel,” he said “and more importantly it has allowed key decision makers to attend and participate.”

It is the third consecutive quarter in which the value of deals has topped $1bn having fallen to just over half that level in the spring of 2020. That was when the scale of the pandemic first became clear and executives rushed to save their own companies instead of trying to buy others.

“It’s the busiest I’ve ever known it,” said Farah O’Brien, a private equity and M&A partner at Latham and Watkins. “There’s a ton of capital that is desperately trying to find a home. I wouldn’t say there’s caution in the market at all.”

The dealmaking revival is among the consequences of a Federal Reserve stimulus package in April, which included $2.3tn in loans and support for the $1.2tn junk bond market. Markets rallied in the wake of the move, boosting confidence and making it easier to raise debt for new deals.

Worldwide, private equity dealmaking rose 116 per cent from the same time last year, its strongest start to the year on record.

“The deal activity is out of this world,” said Simona Maellare, global co-head of financial sponsors at UBS. “In the first half of last year a lot of clients were cautious. They need to make up for the lost time.”

She said a rush for deals meant that while dealmakers “need to pay top prices” they are also under pressure to strike deals quickly, which sometimes involves “cutting corners on due diligence”.

“When you combine the two, it’s explosive,” she said. “When you pay a high price, everything needs to go according to plan.”

Court to hear oral arguments in Grayscale’s lawsuit against the SEC in March
Trading Breakouts Strategy
The AP Interview: Pope says homosexuality not a crime
Jeff Ubben speaks with Salesforce CEO as more activists target the software giant
Trump ‘Turns Around And Punches In The Face:’ Ted Cruz On Why Republicans Are Hesitant To Criticize The Former President