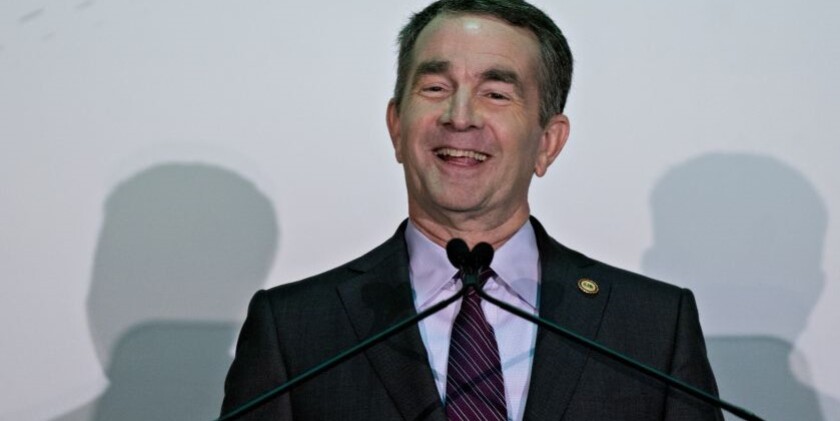 Virginia has advanced its $3.7 billion program to create a connection between the Northeast and Southeast rail corridors and to expand and improve passenger, commuter and freight rail service in the state.

“We have an unprecedented opportunity to build a 21st century rail system in Virginia and along the entire East Coast,” Gov. Ralph Northam said at the Amtrak-Virginia Railway Express station in Alexandria. “This historic initiative will help get people and goods where they need to go more efficiently, reduce congestion and pollution and create a more inclusive economy.”

Joining Northam was U.S. Secretary of Transportation Pete Buttigieg, who highlighted the funds that will be coming to the state from the American Rescue Plan.

The ARP, which was recently passed by Congress, includes $1.7 billion to get furloughed Amtrak workers back to work, restore long-distance rail service and help states cover lost revenue on state-supported routes.

“As President Biden has said — help is here. The American Rescue Plan is providing more than $43.2 billion to support our nation’s transportation needs and our workers during the pandemic,” Buttigieg said.

Over the next 10 years, Virginia plans to double the number of VRE-supported Amtrak trains by providing hourly service; increase VRE commuter service by 60%; lay the foundation for a Southeast High Speed Rail Corridor; and preserve an existing freight corridor for future east-west passenger service.

Construction will soon begin on rail infrastructure projects such as a new $1.9 billion bridge over the Potomac River for passenger rail; the acquisition of 386 miles of railroad right-of-way and 223 miles of track from CSX; and more than $1 billion in infrastructure spending improvements planned by the state.

The $944 million 10-year commitment from Amtrak is almost 30% of the cost of the improvements under the Transforming Rail in Virginia program. The initiative seeks to ease traffic congestion. Over the next 25 years, the state’s population is expected to increase to 10 million from 8.5 million.

“Virginia is a model for the nation in recognizing the role passenger rail plays in connecting people and economies,” said Amtrak CEO Bill Flynn. “Expanding our state-supported intercity corridors gives us greater opportunities to meaningfully address the carbon crisis and enhance mobility as our population continues to grow.”

The initiative is expected to help Virginia’s economy grow by $2 billion a year and improve passenger and freight rail mobility.

“Together with our partners at Amtrak, CSX and VRE, we are making critical investments that will fundamentally transform our transportation infrastructure, delivering long-term economic benefits for our workers and communities as we rebound from the pandemic and into the future,” Northam said.

Putin To Give A Million Rubles Each To All Women Who Give Birth To 10 Or More Children
Illinois reverses decade-long fiscal tide in interim 2022 audit
Robots could surpass workers at Amazon by 2030, Cathie Wood says
Common investing mistakes – part 3
Insurers reportedly plan to drop two car models’ coverage due to thefts