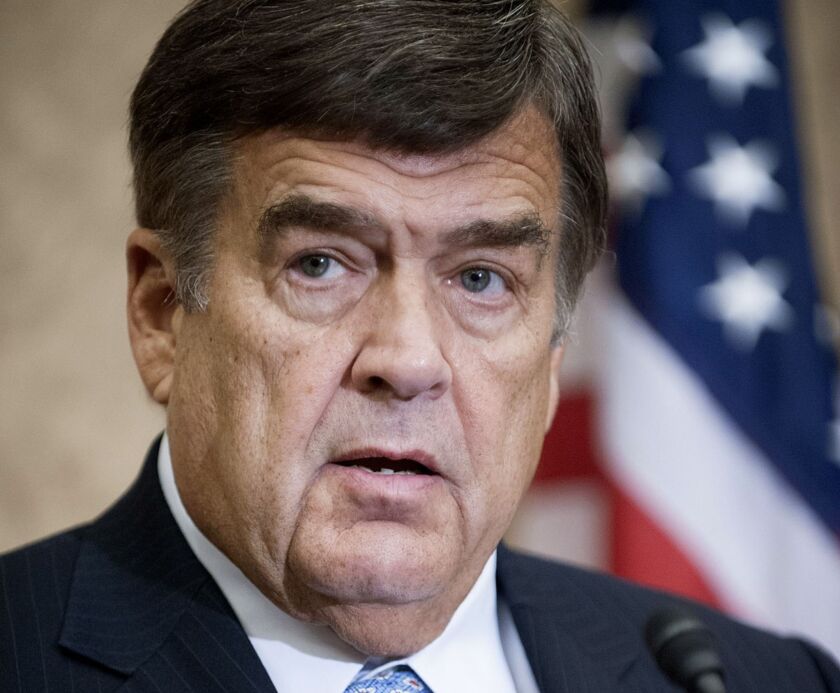 Members of the House of Represenatives reintroduced a bill to bring back tax-exempt advance refunding, a move made days before the Biden administration is set to roll out its infrastructure plan.

Reps. Steve Stivers, R-Ohio, and Dutch Ruppersberger, D-Md., on Monday reintroduced their Investing in Our Communities Act, which would reverse changes made during the Tax Cuts and Jobs Act of 2017 that eliminated issuers’ ability to advance refund debt with tax-exempt bonds.

“Municipal financing makes so much of daily life possible; from highways to telecommunications towers, municipal bonds allow for the delivery of services and connections for millions of Americans,” Stivers said. “By enhancing the status of tax-exempt bonds, we’re empowering state and local governments, and saving taxpayers money along the way.”

The bill has 21 Democrat and Republican cosponsors. Ruppersberger and Stivers are co-chairs of the House Municipal Finance Caucus.

Counties and state governments have been on the frontline of COVID-19, Ruppersberger said, adding “we must do everything we can to help them invest in projects that improve our communities, create jobs and, ultimately, reduce the need to raise taxes.”

In late February, a Senate version of the bill was introduced — the Lifting Our Communities through Advance Liquidity, i.e. the LOCAL Infrastructure Act. That bill also has bipartisan support, introduced by Sens. Roger Wicker, R-Miss., and Debbie Stabenow, D-Mich.

Bipartisan support of tax-exempt advance refunding in both chambers comes days before the Biden administration is expected to roll out the president’s $3 trillion infrastructure proposal in Pittsburgh on Wednesday. The legislation is expected to be two parts — one that deals with traditional transportation projects like roads and bridges and another that addresses domestic priorities such as universal pre-kindergarten and free community college tuition.

Municipal bond provisions are likely to be included in an infrastructure bill. During his confirmation hearing, U.S. Transportation Secretary Pete Buttigieg said he sees a great benefit in restoring tax-exempt advance refunding.

“As mayor few things gave me more fiscal pleasure than to find that we could save taxpayer dollars by refunding previously existing debt especially since we do our accounting on a cash basis,” Buttigieg said in January. “This holds a lot of promise for relief to local governments.”

He told a House committee that “it would be a mistake to neglect the possibility of mobilizing private capital,” mentioning PABs without prompting by a lawmaker.

PABs allow government entities to borrow on behalf of private parties for certain projects while maintaining the bonds’ tax-exempt status. They often support projects like high-occupancy toll lanes and bridges. They are subject to a $15 billion federal cap which has been pretty much reached at $14.9 billion, according to the Build America Bureau.

Also last week, Buttigieg told CNBC that Build America Bonds had “promise.” Municipal bond advocates have called for a direct-pay bond to not be subject to sequestration.

Germany to send Leopard tanks to Ukraine in U-turn by Scholz
52-foot-long Book of the Dead papyrus from ancient Egypt discovered at Saqqara
Bronx businesses hire security patrols due to crime
Bitcoin, Ethereum And Dogecoin Lag The General Market, But Is A Weekend Surge In The Cards?
Apple Co-Founder Says Many Cryptocurrencies Are Rip-Offs, But Only One Is Pure Gold