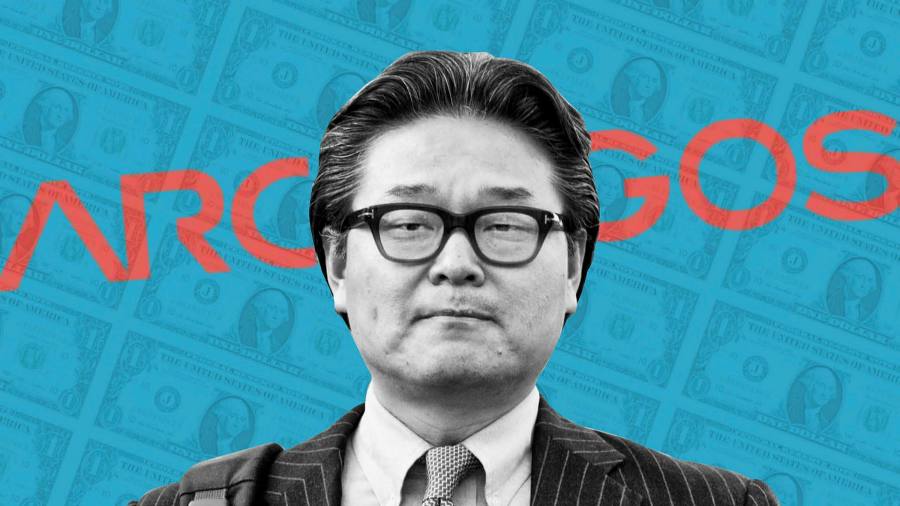 The biggest counterparties of Bill Hwang’s Archegos Capital last week discussed ways to limit the market fallout from his collapsing bets on stocks including ViacomCBS, according to four people briefed on the talks, but the effort foundered and paved the way for days of chaotic trading.

Before the troubles at the family office burst into public view at the end of the week, representatives from its trading partners Goldman Sachs, Morgan Stanley, Credit Suisse, UBS and Nomura held a meeting with Archegos to discuss an orderly wind-down of troubled trades.

The banks had each allowed Archegos to take on billions of dollars of exposure to volatile equities through swaps contracts, and Hwang was struggling to deal with margin calls triggered by a plunge in ViacomCBS shares. An orderly wind-down would minimise the market impact and the hit to their own balance sheets as they worked to sell down stakes in companies that Archegos had amassed through the derivatives instruments.

It is unclear whether an understanding was reached but several sources said it was quickly clear that some banks had begun selling to stem their own losses. People familiar with the trading said Credit Suisse and Morgan Stanley both appeared to have unloaded small batches of shares in the market after the meeting.

“It was like a game of chicken,” one person said.

By Friday morning, any hopes of co-ordination had been snuffed out and the floodgates opened when Goldman began pitching global investors on billions of dollars of Archegos-linked stocks. Morgan Stanley joined hours later, and the two sold roughly $19bn in big block trades that day alone, according to the people.

For the prime brokers that had not moved quickly enough, including Credit Suisse and Nomura, the result has been painful. The Japanese lender has warned its losses could reach $2bn. The Swiss bank could face a loss between $3bn and $4bn, the FT has reported.

“The reality is in a fire sale, if you’re not first out the door you’re going to get burned,” said one banker involved. “There’s no honour among banks, [it’s a] question of who blinks first.”

One source familiar with the process said there were attempts to convene again at the weekend, after Friday’s share sales sent the value of Archegos-linked stocks sharply lower, but the idea of halting the sales was not pursued.

Goldman and Morgan Stanley “were not up for playing ball”, said a source briefed on the interactions. “The idea was to act in concert over the weekend so that we didn’t get to where we are now on Monday but some of the standstill terms put forward weren’t acceptable.”

The trading by Archegos Capital and its prime brokers has reverberated across Wall Street, raising thorny questions over how much leverage banks offered to the family office and how a secretive investor came to amass such large positions under the radar.

Money managers have also been left wondering how much more there is to unwind and whether their own trading books could be affected.

“Goldman will have looked at the situation and . . . made the decision that the first cut is the cheapest. You go first, in these situations, you may not come out best but you definitely do better than the guys who go second and third,” said one Tokyo-based banker.

A person familiar with the matter said the financial impact on Goldman from the trading fracas would be “immaterial”.

Morgan Stanley has found itself at the centre of the storm, since as well as being a prime broker to Archegos it has also provided investment banking services to ViacomCBS. Last week, it helped the media group raise almost $3bn in new equity and convertible debt to fund its nascent streaming business — a significant dilution of existing shareholders that sparked the initial decline in ViacomCBS stock.

Over the weekend, Morgan Stanley disposed of a further $2bn of ViacomCBS stock that it held as a result of derivatives trades such as those with Archegos, traders said.

Other prime brokers are seeking to clear their books as well. Wells Fargo on Monday morning sold stock worth $2.1bn in big block trades, including 18m ViacomCBS shares worth more than $800m, a person with knowledge of the sales said.