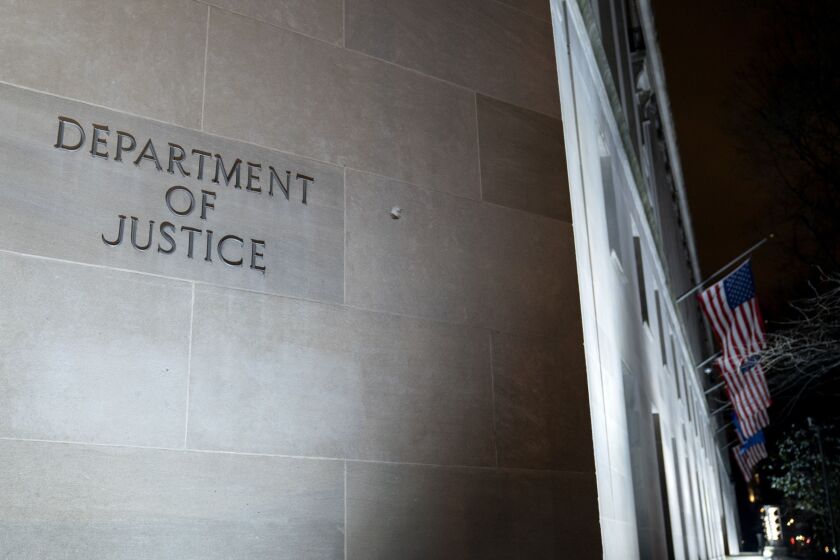 A man charged with operating as an unregistered investment adviser was arrested earlier this week along with six others on wire fraud charges related to an alleged scheme to defraud a city in Puerto Rico.

A federal grand jury in the District of Puerto Rico indicted Eugenio García-Jiménez and six others with 33 counts of wire fraud and money laundering on March 22. They were arrested and could face up to 20 years in prison if found guilty.

“The defendants charged in this conspiracy were trusted to invest public money for the benefit of the municipality of Mayagüez and the western area, but instead they used part of it for personal gain and expenses, defrauding the government,” said U.S. Attorney Stephen Muldrow. “We will continue to focus on these types of fraud schemes and work with our law enforcement partners to bring the defendants to justice.”

The indictment alleges that from March 2016 to June 2018, Garcia, Stephen Kirkland, Steve Minger, Alejandro Riera-Fernández, Joseph Kirkland, Arnaldo J. Irizarry-Irizarry and Roberto Mejill Tellado orchestrated a scheme to defraud Mayagüez, a city in Puerto Rico. The seven defrauded the city and Mayagüez Economic Development Inc., or MEDI, of money belonging to the city, the Department of Justice said, by falsely representing that the whole $9 million in principal belonging to Mayagüez and entrusted to MEDI for investment was invested and earning returns.

Minger represented himself as an executive for several of the shell corporate entities used to defraud Mayagüez and MEDI, the DOJ said. Riera-Fernández was MEDI’s executive director. Joseph Kirkland was a financial advisor at Union Banc Investment Services where the first account was used in the scheme to defraud was opened. Irizarry was a contractor providing legal representation to Mayagüez and Tellado was also a contractor providing consulting and financial services to the city.

Garcia conferred with and procured from the Kirkland brothers documents to be sent to Mayagüez to make it seem that the $9 million would be invested at a high rate of return. Instead, Joseph Kirkland in March 2016, converted MEDI’s investment account into a margin account and bought almost $9 million in U.S. Treasury securities.

MEDI is a for-profit created to promote Mayagüez’s economic development and the western region of Puerto Rico, create jobs, support infrastructure projects and improve its residents’ quality of life. MEDI is not a government entity and is not subject to audits by the Puerto Rico Office of the Comptroller. Its board of directors includes the mayor of Mayagüez, the Mayagüez finance director and three other municipal employees named and designated by the mayor.

“The defendants transferred, distributed, and spent the money in ways inconsistent with the representations made to Mayagüez and MEDI about the investment of the money, to include purchases of: a marine vessel, jewelry, clothing, school tuition, restaurants, utilities, credit card payments, and home décor, as well as real estate improvements (pools, for example) and the payment of home mortgages,” the DOJ said in a press release.

“Of the nine million dollars obtained from the municipality through material misrepresentations, the defendants only returned $1,800,000 to Mayagüez and in doing so, falsely represented that the $1,800,000 was a return on investment,” the DOJ wrote.

If found guilty, the defendants face a maximum sentence of up to 20 years in prison and a fine of up to $250,000 for charges relating to wire fraud. For the money laundering charges, they could face up to 10 years in prison.

One of the defendants, Garcia, is also facing charges from the Securities and Exchange Commission.

In December 2020, the SEC charged Garcia with defrauding Mayagüez of the $9 million.

The SEC said Garcia wasn’t properly registered to be an investment adviser to Mayagüez. That case with the SEC is still ongoing.

The SEC and DOJ often work closely on cases that deal with conflicts of interest, corruption or misappropriations of proceeds, said Peter Chan, partner at Baker McKenzie and a former SEC enforcer.

“In this particular case where there are allegations of misappropriation of investment, but also hiding of assets and so forth, that fits squarely within that common focus with both the SEC Public Finance Abuse unit and also the DOJ, and in this case, the U.S. Attorney’s Office of Puerto Rico,” Chan said.

Though the DOJ’s case focused on wire fraud and money laundering, they could add securities charges later, Chan said. The U.S. Attorney’s office may ask for the SEC’s civil matter to be stayed in the meantime and suspend discovery from the defendants. The DOJ also typically doesn’t want a civil discovery to interfere with the ongoing criminal investigation, Chan said. The SEC would adhere to that since the DOJ is bringing a criminal case, Chan added.

Garcia’s lawyer in the SEC case did not respond to a request for comment.