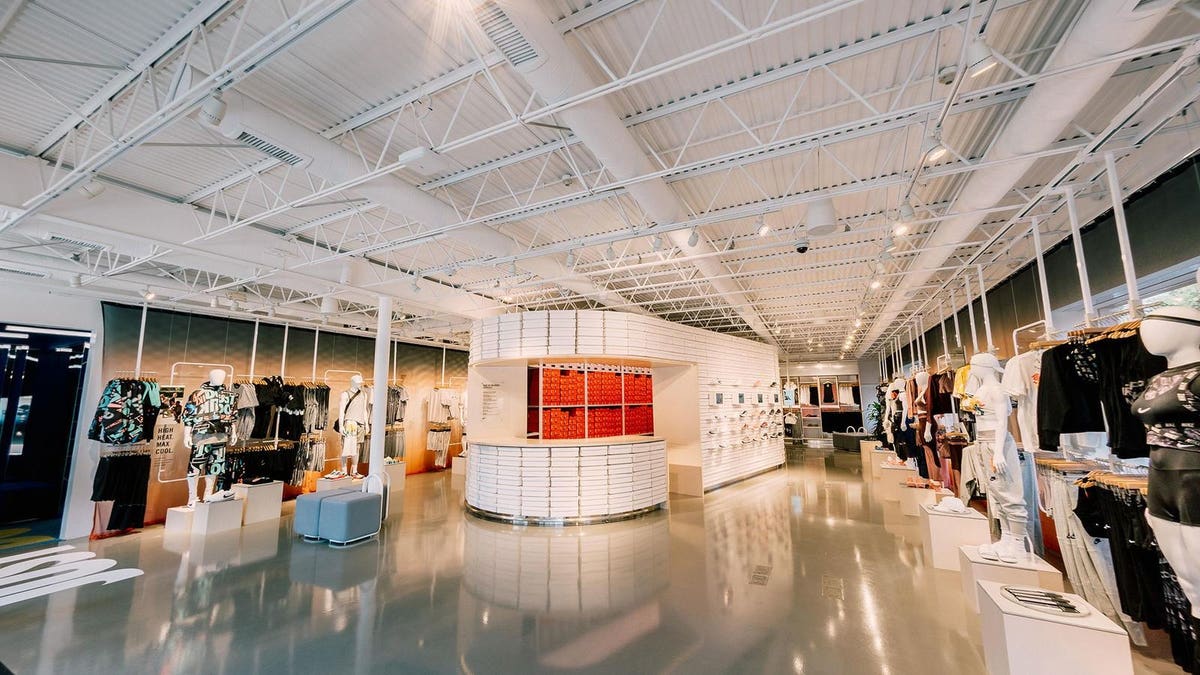 Nike’s
decision announced today to cut ties with six more key retailers should reverberate in the board rooms of many department stores, and multi-brand specialty retailers. Back in August, Nike announced it was closing accounts at Fred Meyer, Zappos, Dillard’s, City Blue, VIM, EbLens, Belk, Bob’s Stores and Boscov’s. While those players were not insignificant, today’s “vacation list” including DSW, Urban Outfitters
, Shoe Show, Dunham’s Sports, Olympia Sports and Big 5 Sporting Goods
is stunning news. And, to further shake the status quo, they have also added Macy’s
to this list.

Anyone that follows retailing’s creative destruction, which has only been accelerated by the pandemic, knows that these steps have been long in the making. The department stores and specialties that had long been the haven for these manufacturers, have slowly moved from custodian, caretakers of their sacred national brands, to purveyors and peddlers.

This has all been part of the great race to the bottom, where specialty retailers and department stores lost sight of their consumer-centric roots and attempted to outdo the internet and the low-price discounters. This led to hundreds of thousands of square feet of undifferentiated retail space, paper-thin margins, and wholesale closures. The collateral damage was lost brand value for many.

Just Don’t Do It

Nike, arguably one of America’s preeminent brands saw the writing on the mall walls when it opened its first Niketown in Portland, Oregon in November of 1990. That store arguably became the posterchild for Joe Pine and Jim Gilmore’s defining treatise The Experience Economy. Among many of the book’s contributions were the 4E’s of Education, Esthetic, Escapism, and Entertainment, cornerstones of the experience economy and the brick and mortar of what has became known as experiential retailing. It is also the antidote to commoditization.

But beyond mere brand commoditization, Nike had its eyes clearly fixed on a higher margin runway, that would protect its brand and messaging, by building a direct-to-consumer (DTC) distribution channel. By 2011 their DTC channel’s revenue was just shy of $3 billion, making up 16% of their gross sales. By the end of fiscal 2020 that number doubled to 35 percent while at the sales quadrupled to $12.4 billion.

With the launch of Nike’s House of Innovation flagship in New York City in late 2018, the brand introduced a host of new interactive, digital tools and apps to take their instore experience to a new level of unified commerce, employing some pretty cool digital customization tools. In June of the same year they also debuted Nike Live, in Los Angeles.

In order to truly up-the-ante on exclusivity, Nike Live was a members-only venue focused on two-week product rotation and immersive digital interaction. The small, localized format store became a social media beacon, complemented by their digital app. The test was such a success that Nike recently announced plans to build 200 small-format stores using the Nike Live model. These are likely to become the successors to all those old wholesale doors that they are fleeing.

And Nike is not alone in the “exit plan.”  Under Armour is also looking to leave thousands of wholesale doors, while Adidas is planning to have 50 percent of their sales direct-to-consumer by 2025.

All this activity is likely to send additional shivers down the C-suite corridors of J C Penney
and Kohl’s
. One need only to view the pedestrian product displays in these stores to see Exhibit-A, of why they are going away.

Common investing mistakes – part 3
Bitcoin, Ethereum And Dogecoin Lag The General Market, But Is A Weekend Surge In The Cards?
Here’s what the Federal Reserve’s 25 basis point interest rate hike means for your money
A Conversation With Designer Katie Kime
Top Stock Picks for Week of January 3, 2022