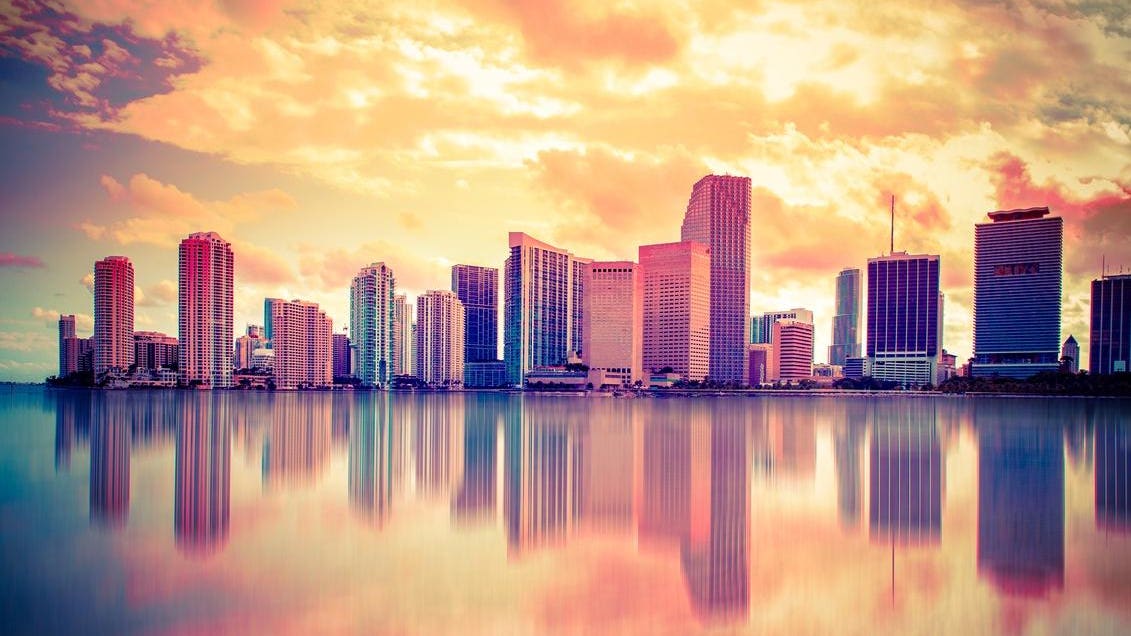 For the past few months, writing on Miami’s overheated real estate markets has felt a little bit like the rat hitting the Crockett & Tubbs cocaine bar.

Sales price records continue to be set everywhere. The national press is swooning. And A-list buyers and businesses under pseudonyms and LLCs that we’d all figure out eventually in the first place aren’t really that exciting anymore.

Far more interesting are the little things that get tucked into small press releases that no one notices.

This past Friday afternoon, the Miami Herald reported that Blackstone recently paid $230M for three buildings in downtown Miami split by an active railroad that runs to Port Miami and a couple of blocks from some of the rougher sections of downtown. I live across the street from the buildings Blackstone just bought. So I know of what I write.

On face value, it’s a pretty small ball transaction by recent Miami real estate metrics—and certainly by Blackstone’s standards, which manages roughly $325B in real estate assets across the globe and is one of the largest landlords in the U.S.

It’s also, in theory, a plausible stretch to connect Blackstone’s small bet on buying up a few mid-rise, transit-oriented buildings in downtown to Miami to a wider structural shift in office space use nationwide or to some larger strategic play for the power-ruling global real estate class—or is it?

Blackstone didn’t get to where it is on bad the deal flow or poor predictions.

The three downtown properties Blackstone just bought are consolidated across five blocks equidistant from Miami’s primary government buildings, I-95, and Biscayne Bay (which also houses the city’s fine arts museums and American Airlines arena where the Miami Heat play). They’re also stretched between the city’s financial district (Brickell) and Wynwood, which is Miami’s hipster central and the new epicenter of South Florida’s contemporary arts scene outside of Art Basel stretching up to the Design District.

Strategically, Blackstone’s new acquisitions also happen to be located right in the middle of Miami Worldcenter, a sprawling nearly buzzing 30-acre development, which is the second largest planned community in the U.S. after New York City’s Hudson Yards and intended eventually to tie downtown Miami’s currently disconnected appendages together across a new pedestrian friendly hive of retail, restaurants, bike paths, and art installations. At least three new hotels, including the Legacy Hotel And Residences, are scheduled to be completed in the area within the next few years.

Getting back to Blackstone. The more likely scenario is that Blackstone’s seemingly petty $230 million investment in downtown Miami is sending a far stronger signal to anyone who’s paying attention where the future of stability in Miami’s commercial office space sector is going—and more importantly which cities (and locations within cities) the private equity firm expects to thrive long term and which ones it’s shorting.

The company’s acquisition of 2 and 3 Miami Central comes just months after the company said it would be opening a tech office at 2 Miami Central totaling 41,000 square feet, according to the Miami Herald, which signals its confidence in Miami’s economy isn’t just about collecting rents.

Per the Herald, Nadeem Meghji, Blackstone’s Head of Real Estate Americas, said the Miami downtown acquisitions were driven as much by Miami’s low tax, business-friendly environment before the pandemic as it was motivated by the quality of life and ability for employees to work remotely after it. Ergo the migration catalyzed by COVID-19 isn’t going anywhere soon.

“As long-term investors, we think the Miami market warrants our attention,” Meghji told the Herald.

If Blackstone’s bet pays off, it will be a boon for the company’s shareholders, Miami Worldcenter, and the local economy, as well as Miami’s Mayor Suarez and the Miami DDA (Downtown Development Authority) who have been on a national pilgrimage to lure companies from other states to the Sunshine State.

The purchases represent Blackstone’s first major CRE acquisition in Miami in recent memory, who’s holdings in the state comprise mostly industrial space worth about $2.5 billion. That might quickly be about to change, though.

“We are high conviction, thematic investors focused on investing in growing markets with strong demographic tailwinds and talent pipelines such as Miami,” David Levine, senior managing director of Blackstone Real Estate, told the Herald in a statement. “2 & 3 MiamiCentral are extremely high-quality assets in a prime location with access to mass transit, and we are pleased to acquire them on behalf of our investors.”

Translation: Miami’s bubble is getting tighter all around. Get in while you can.