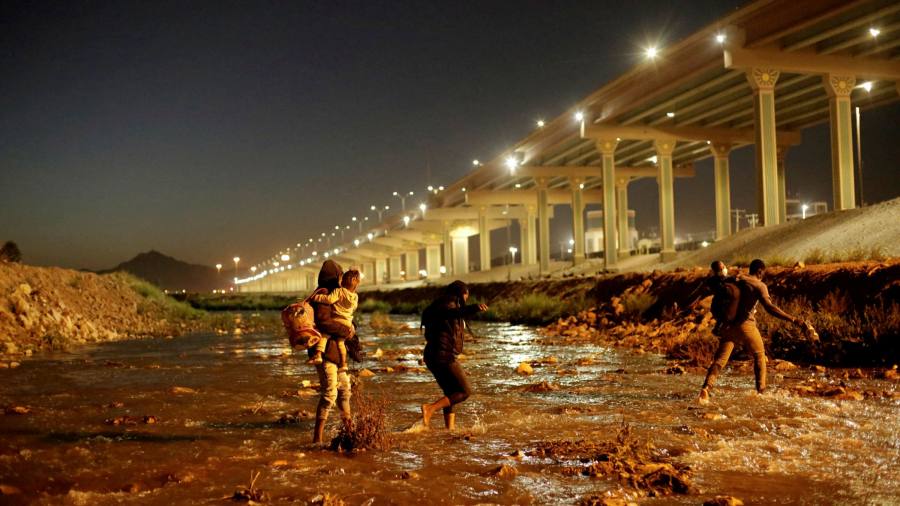 The top US immigration official said authorities were expelling the majority of migrants crossing the southern border, as the Biden administration battled a growing political crisis over the surging number of children entering the US.

“The message is quite clear, do not come,” Alejandro Mayorkas told ABC.

The title 42 rule, which was imposed by former president Donald Trump, allows US authorities to turn back everyone crossing the southern border to prevent the spread of coronavirus. US president Joe Biden has left this rule largely in place, but has suspended it for unaccompanied children, who are being allowed entry and having their asylum claims processed.

A recent surge in the number of children trying to cross the US-Mexico border has left the Biden administration scrambling to find adequate holding facilities for them, drawing criticism from both sides of politics.

US Customs and Border Protection said earlier this month that almost 9,500 unaccompanied children arrived in February at the south-western US border with Mexico. That was the highest number since May 2019 and a 62 per cent increase compared with January.

Last weekend, the administration dispatched the federal disaster management agency to help manage the thousands of children and teenagers being held in detention facilities and shelters.

“Yet, if they arrive at the border, we have a responsibility to allow them to make their claims under United States’ law and to address their needs. And we can do so in a safe and orderly manner.”

The surge has led to the reactivation of controversial temporary holding facilities run by Customs and Border Patrol, who hold children before transferring them to the custody of Health and Human Services.

The Biden administration has come under fire for not allowing journalists to enter the facilities. When challenged on the decision on Fox News Sunday, Mayorkas argued that reporters could not be given access because of coronavirus. He added that the administration was focused on “executing operations in a crowded border patrol facility where hundreds of vulnerable migrant children are located”.

“We’re working on providing footage so that the American public can see the Border Patrol stations,” Mayorkas said.

While Democrats say they inherited the situation at the border from Donald Trump, Republicans on Sunday accused Biden of creating the crisis himself.

“He says he has a plan. I haven’t seen a plan,” Michael McCaul, the top Republican on the Senate foreign relations committee, said on ABC. “They have created a humanitarian crisis down here at this border that you have seen now. And the reason why they are coming is because he says words do matter. The messaging is that if you want to come, you can stay.”

Tom Cotton, the Republican Senator, told Fox News Sunday that Mayorkas was “basically saying the United States will not secure our border, and that is a big welcome sign to migrants from across the world”.